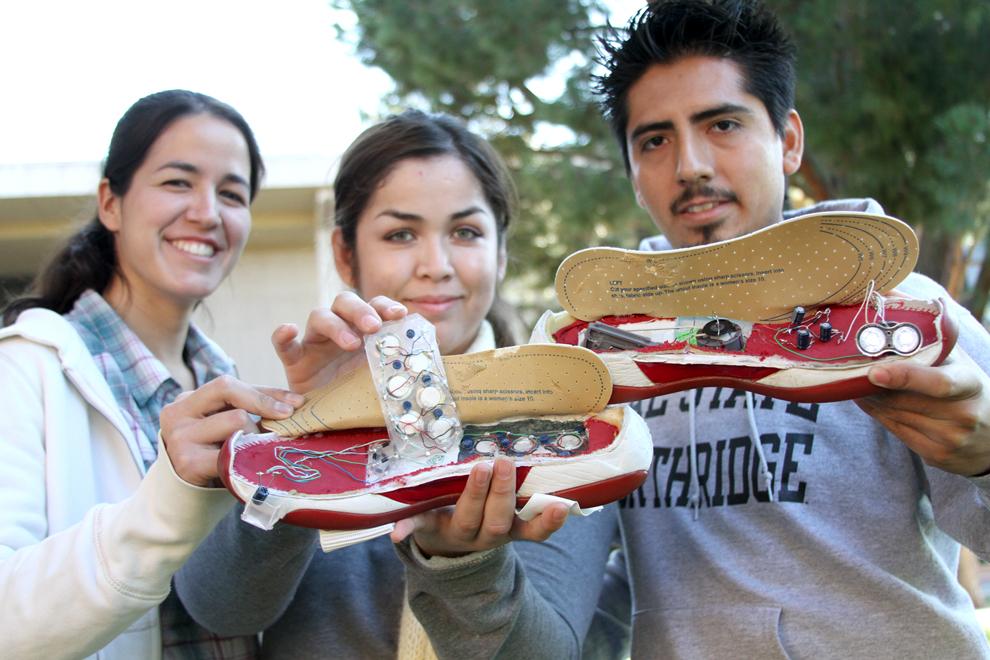 CSUN students won first and second place for their mechanical prototypes with the theme of ‘Living Green’ at the Society of Hispanic Engineers conference in Anaheim, Oct. 26-30.

Mechanical engineer major Jonathan Gjemso, 21, came up with the idea for the first place winner, the “Bench Press Power Generator.”

“It uses the energy that a person will have to work out and it transforms it into electrical energy that could either be put back into the grid or stored,” he said.

“They are taking the up and down motion that you have with a bench press and converting it to rotary motion, using a series of gears and pulleys,” said S.K. Ramesh, dean of the college of engineering and computer science. “The rotary motion depending on the gear ratio gets translated to electric power.”

Over 3,000 students participated all across the country, Ramesh said.

Teams first needed to submit their drafts and ideas. From there, 10 finalist teams were selected and given a $1,000 stipend to fund the building of their prototype to show at the conference.

“We were working really hard and were excited to win over private schools with more funding,” Gjemso said. “Our first reaction was being really proud of our work.”

Ramesh reviewed the bench press power generator proposal that compared different types of energy, production and wind energy, which is about 20 percent efficient.

Professor Dora Preminger helped with theory, making sure the formulas and calculations worked, and mechanical engineer professor Stewart Prince helped direct how to put it together, where to get the parts and how to machine it, said Gjemso.

“It takes one year walking 30 minutes a day to completely charge one AA battery,” said Munguia. “Our goal was for one AA battery to charge in two hours, but we need more expensive material.”

The “Powered Footwear” team also wanted to make it inexpensive and sustainable.

“Events such as these are meant to close the gap in the work force,” Ramesh said. “It’s a national stage and it shows other students what can be done if working together as a team.”

The company that sponsored the contest is willing to offer $5,000 to develop a patent for the “Bench Press Power Generator,” Gjemso said.

“The campus is coming up with a new recreational center and if you can imagine devices of this kind being utilized there,” said Ramesh. “There is a way for us to produce energy.”

In 2009, CSUN students participated in the same contest, but for assistive technology and won first place with their “floating cabinet” design meant to help with disabilities and quality of life, said Ramesh.