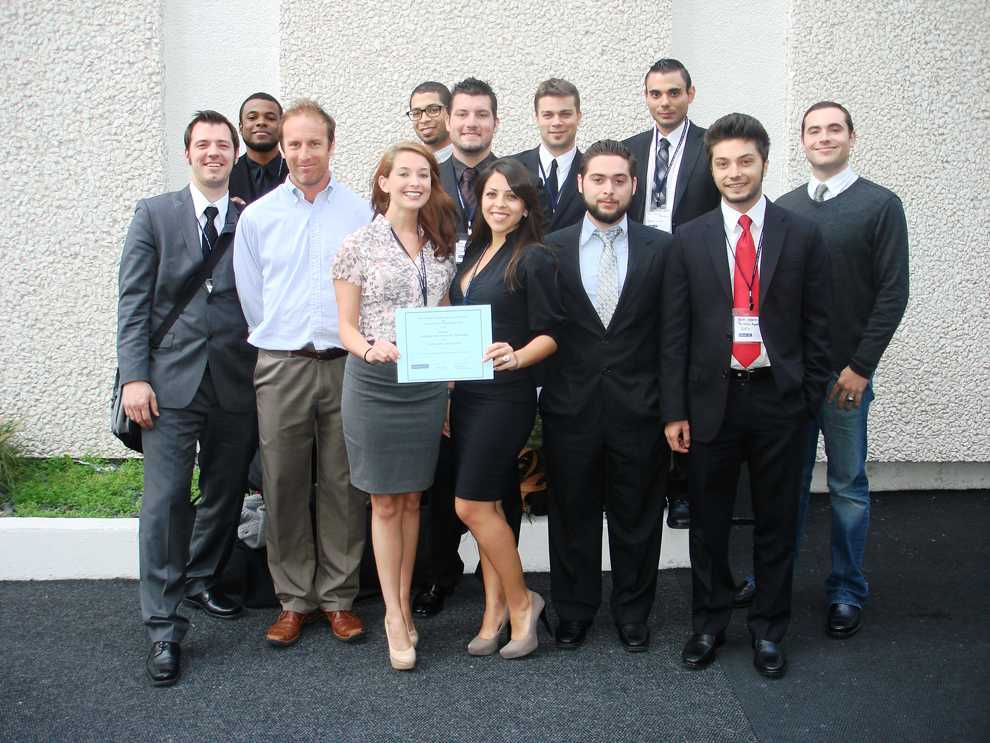 The National Model United Nations conference took place over a five day period. Ten students were handpicked by Dr. Peter Kappas from the political science department to represent the university. The team was assigned to represent Italy, chosen randomly based on the availability of the 10 positions available for the delegates for the country said Kappas.

Renae Gaydos, a senior majoring in political science was one of the two head delegates for CSUN.

“The Model UN strives to imitate the UN as best it can in conflict resolution on a global scale.  It follows the same procedures as the UN, everything is a code of conduct,” Gaydos said.

The students were divided into five groups of two. Each group was assigned to one of the five committees; General Assembly: First Committee (disarmament and international security), Second Committee (economic and financial committee), Third Committee (social, humanitarian and cultural committee), Commission of Status of Women and the National Arms and Treaty Organization (NATO).

Gaydos was assigned to the General Assembly first committee. She said there were a few stressful moments.  They were working on a tight deadline and on no sleep.

According to Gaydos, on the second day, the team representing U.S.A. wouldn’t agree to placing tracking devices on small arms cargo. Italy wanted to put holding manufacturers accountable for the weapons they produced, she added, as U.S.A. is one of the world’s largest weapons manufacturers they tend to have a lot of influence.

The CSUN team needed to find resolution that wasn’t comprising to Italy’s position while remaining appealing to the U.S.A., said Gaydos.

Of the 10 students who represented the university, four were recognized for the award of best delegate. This included Carlos Kattan, Sevan Niazi, Chris Vandepas and Narek Stepanian.

“Right off the bat he gave a speech with such confidence and poise that I knew Dr. Kappa made a great decision,” Gaydos said of Stepanian.

Stepanian, CSUN senior majoring in political science, was assigned to the NATO committee.

He said that this was a competition to see who could collaborate the best while maintaining their countries position.

“I was very nervous going into it.  It’s  a lot of work and can be overwhelming at times.  I was really able to develop my skills through this process,” said Stepanian.

Students began preparing for the D.C. trip back in August.

I prepared so much that by the time I got there delegating became second nature almost to me, said Stepanian.

“As delegates we used our leadership, writing and public speaking skills to develop and promote our resolutions,” said Gaydos.

The Outstanding Delegation Award is recognized as a first prize award.

Over 400 students attended the D.C. conference from U.S. and overseas institutions.

According to the National Model United Nation’s website its purpose is to prepare students to be global citizens in a world made up of “civically engaged people who strive for peaceful, multilateral conflict resolution and equitable, sustainable human development.”

“It’s a great opportunity for fellow college students to have an opportunity to take leadership to the next level,” said Gaydos.