W-Vball: Matadors take hot streak on the road, face UCSB with second place on the line 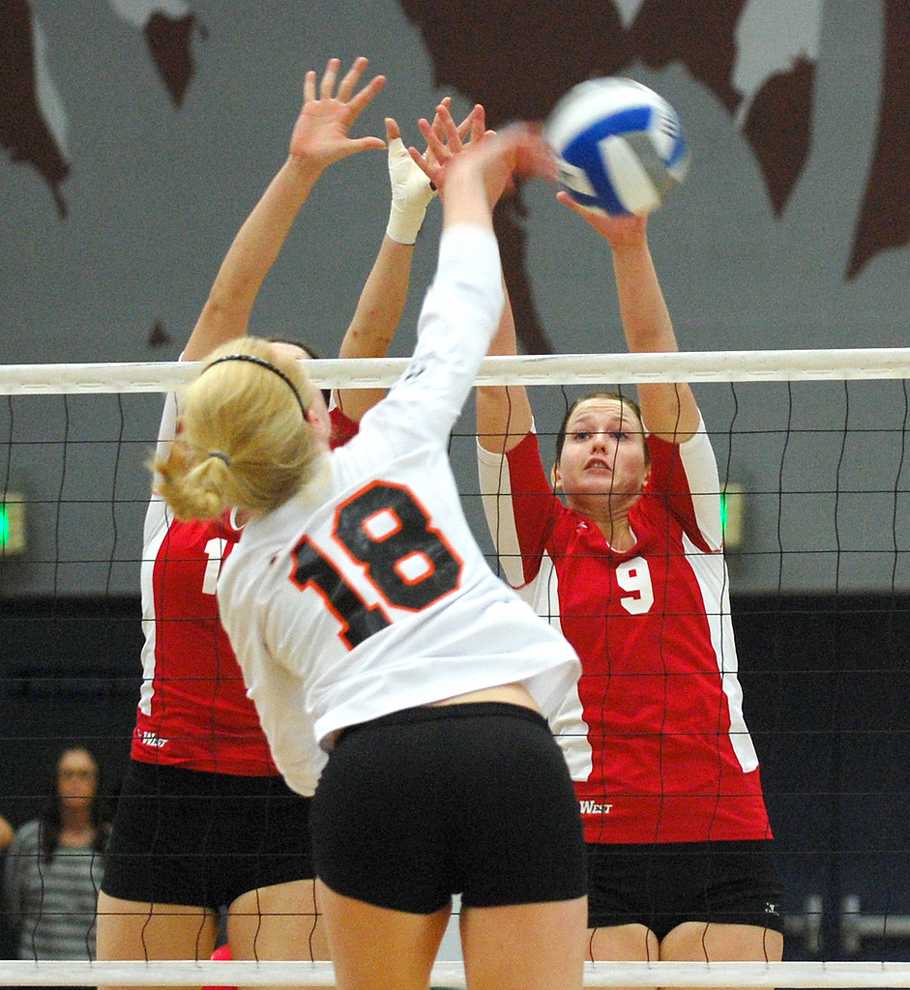 The Matadors have won five of their last six games. Four of those wins have come at the Matadome. Their lone loss in the span took place at Long Beach State, the Big West Conference’s leader that’s currently riding a nine-game winning streak.

While the 49ers (17-6, 11-2 Big West) are just one win away from clinching the outright league championship and an automatic bid to the NCAA Tournament, the Matadors are still fighting for their own postseason dreams, mainly with UC Santa Barbara, the team they’re in a deadlock tie with in conference.

This one might be the toughest of the season.

“To be good, you have to win no matter where you go,” CSUN opposite hitter Natalie Allen said.

Allen and CSUN made their move up in the standings feasting on anyone who happened to pass by Northridge on their Big West schedule. The Matadors have gone 5-1 at home in conference, with the defeat, again, coming at the hands of the vicious 49ers.

The latest of the Matadors’ home sweeps showcased their improved offense. On Friday against UC Davis, CSUN hit a season-high .465 and had 55 kills. Against Pacific the next night, the Matadors put down 53.

Playing away from home has been a different story for the Matadors. They are 2-4 on Big West road games.

Hot as they are, however, the Matadors have every reason to think they can come out of Santa Barbara owning the second-place slot in the Big West outright.

“We have a lot of confidence right now,” Allen said.

Coming off two consecutive wins, the Gauchos are also somewhat on the same confidence boat. Not too much, though. UCSB started the conference season 4-1, but has gone 3-4 since. Two of those losses were home ones.

Four players compose most of the Gaucho offense: right side Stacey Schmidt and outside hitter Leah Sully, who both average 2.90 kills per set, outside hitter Kara Sherrard (2.73 kps) and middle blocker Lily Lopez (2.24 kps).

But while UCSB has a solid offensive core, what the Matadors will be keying on is trying to break through their line of defense, which only allows a .180 hitting percentage from opponents and averages a Big West-best 17.73 digs per set.

“We have to work hard because they (the Gauchos) have really good defense,” Allen said. “Our hitting is doing really well, but if they keep digging it, we just got to come back harder.”

Following their confrontation with UCSB, the Matadors, who are hitting .188 for the season, will head to UC Irvine Friday night to close out their road season.

After that, the Gauchos will visit CSUN in another possible get-off-my-back game.

CSUN middle blocker Sam Kaul understands the importance of knocking off the Gauchos, but is trying to approach tonight’s match serenely.

“It’s going to be a challenging match for both teams,” Kaul said. “But I don’t think we should be putting any extra pressure on ourselves.”

Winner takes second for the time being. Loser is mathematically eliminated from contention for the league championship.