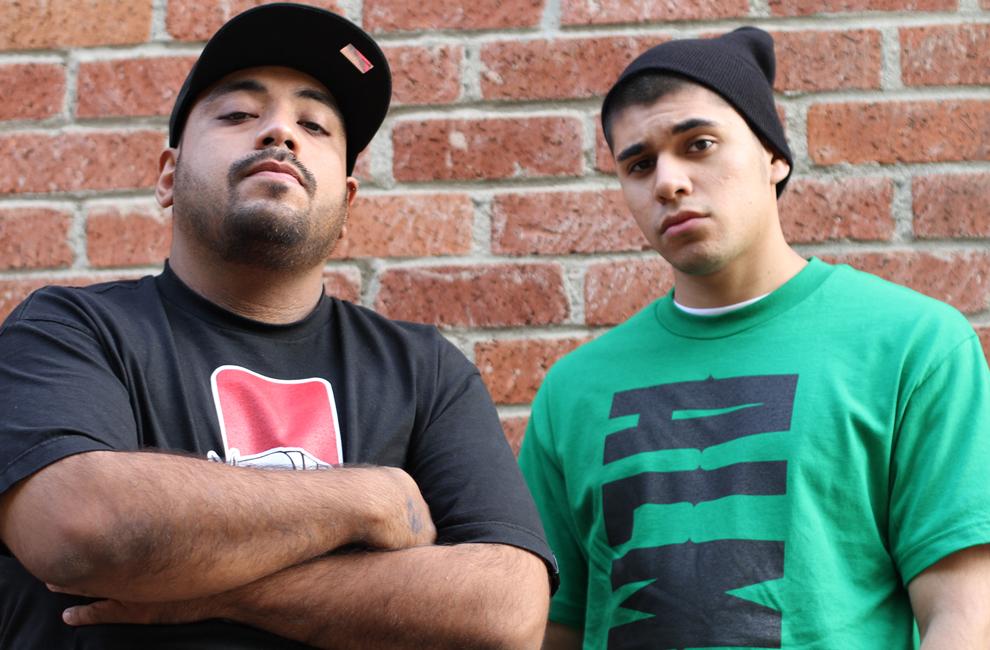 It was dusk. The sunlight remaining in the day was about to fade as the black SUV rolled into the parking lot of a Hollywood lounge. “Sorry we’re a bit late,” said one of the representatives for Latin hip-hop duo, Serpientes Y Piramides (SYP), as they stepped out of the car. They had just finished two media interviews and they were onto their third.

Serpientes Y Piramides (Serpents and Pyramids), in English, Juan Zarate, of Chicago, and Manuel Garcia, of Milwaukee who goes by “Antorcha,” traveled to L.A. to promote their new album, “Arriba Los Rudos” (Hooray for the Rudes, translated in English).

“There isn’t really any Latin hip-hop groups that are representing in this form, we want to fill that void,” Garcia said.

Prior to any involvement with the music business, both members were born in México and moved to the U.S. at an early age. They were faced with the challenge of having to learn English and deal with a lack of representation of Mexican-Americans in their communities. They steered clear of the gang life and put education on the forefront for their futures.

“I have both perspectives – I grew up with both cultures,” said Garcia as he described the balance between his Mexican roots and American identity. “I understand both.”

The duo has infused their Mexican culture into their tracks, cover art and overall message.

The CD art of “Arriba Los Rudos,” which is a phrase often used in Mexican wrestling, depicts a bold double-headed Quetzalcoatl, an Aztec god.

When they were looking at the double headed serpent, they kept in mind their dual-identity and what the Aztecs used for a “simbolo de sabiduria” (symbol of wisdom), Zarate said.

“We want to keep it to our culture and our roots,” Zarate added.

The bilingual artists showcase the essence of Mexican-American culture through the language and lyrics of the album. While it is a predominately Spanish album, at times they switch from Spanish to English on a given track.

The lyrics are formed through a street-feel with verses of poetry and political advocacy, all while sticking to the roots of Latin hip-hop.

Though their experiences may appear somewhat analogous, they only met a few years ago at Virus Enterprises record label when they were working on different projects.

Initially, the two were on different paths. Garcia was producing for label mates Kinto Sol, while Zarate contributed to the label as a separate artist. They ended up collaborating and decided to form SYP.

“We liked the chemistry and we kept at it,” Zarate said.

Although Garcia had always dreamed of being involved in the hip-hop music industry, it wasn’t until Zarate’s high school years when he began to play with the idea of hip-hop as a possible career choice.

“I never thought I would do music, but one day I heard myself on a track and said ‘Hey I don’t sound too horrible,’” Zarate said. “We (him and his friends) just started messing around with hip-hop, playing shows and going to rap battles.”

Later, his passion for writing, reading and music journalism lead him to obtain an associate degree in journalism. He admits he used to collect hip-hop magazines and dreams of having his name embedded into the pages.

Garcia has always been attracted to the messages of hip-hop and set his sights on becoming part of the music world. Since the age of 12, he worked on producing tracks and all things behind the scenes.

“I love the grimy part of it. I love making instrumentals,” Garcia said as he explained the reason why he got into the genre. “You don’t need no major label to push you, the people who really understand your music will support you.”

Now, he is going to school working towards his bachelor’s degree in marketing as a back-up.

According to SYP, the Latin hip-hop movement may not have a huge presence in the American mainstream but has impacted audiences as far as South America and Spain.

“We don’t see it growing over here as much, and there’s a lot of competition,” said Zarate as he expressed Latin hip-hop as a subculture. “Before they look at us, they’re going to look at Lil Wayne and Nas… and then regional underground and then the Latinos.”

They have yet to lose hope, though.

“There’s a market for everything,” Garcia said. “There has to be room for Latin hip-hop. I love it when other artists, especially Latinos, come out with dope music.”

SYP does not see Latin hip-hop’s low-key presence in American mainstream music as a negative characteristic.

As a matter of fact, they are using social media to combat the obscurity and spread their message. Tweets of their L.A. appearances and Facebook posts for their upcoming album circulate on their networking sites, which has allowed them to gain fans all over the world.

“Now, especially with the Internet, you can see it (Latin hip-hop movement) in places like Venezuela and Columbia,” Garcia said.

As the night creeps in and Hollywood streets brighten from streetlights lamps and billboards, SYP’s promotional tour in L.A. is almost over.

“It’s been a stepping stone, a ladder to climb,” Zarate said. “It’s challenging but it wouldn’t be fun if it wasn’t a challenge.”

“I’m doing what I enjoy, there’s nothing better than that,” Garcia said.