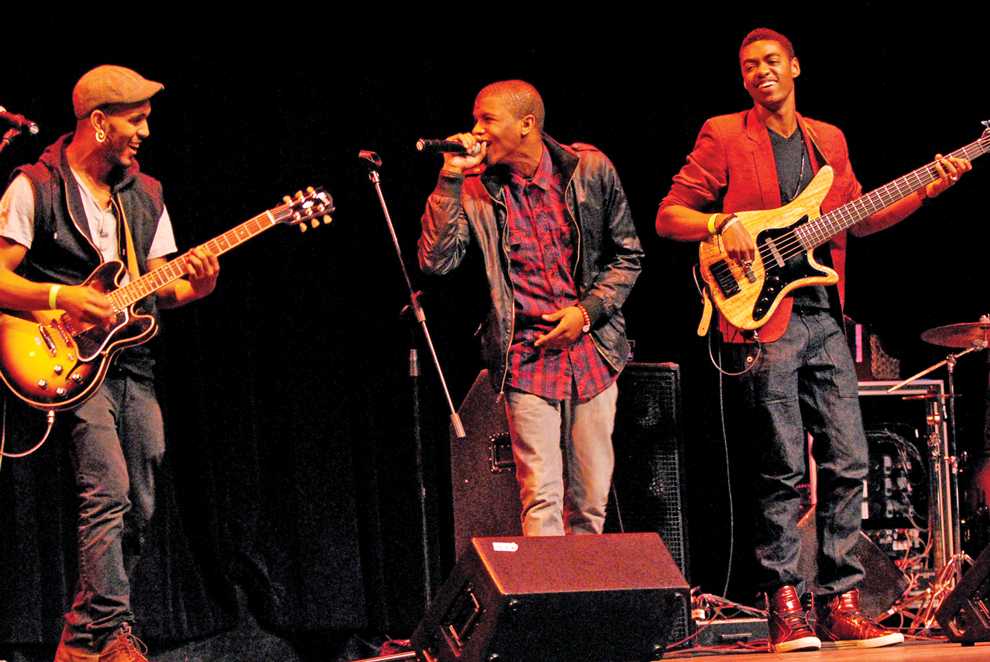 Five of Five (V/V) announced that Monroe, the Los Angeles-based alternative rock band, is its Artist of the Year for 2011-12.

“We feel extremely honored to be chosen as the No. 1 band,” said the band in an email interview. “It feels like we just won a championship game.”

“We competed against some very talented people,” Monroe said. “Going on last, we felt that we were up against some great competition and had to play like it. It is very comforting to know that what we put our time and energy into gains positive feedback.”

The band, which formed in 2009 while members were attending Boston’s Berklee College of Music, was both excited and relieved upon receiving the email that they had won.

“We were so stoked we just started yelling,” said guitarist Lawrence Carol, who was in the band’s home studio, along with lead vocalist Kelton Blackshear, when they got the email.

The band, aside from member Trevor James, is from the Los Angeles and San Fernando Valley areas. James joined the band two months ago, and is originally from Texas.

Like most bands, they want to reach the top, said Carol in a phone interview. The help from V/V will help them with a part of the industry they lack experience in –  marketing and promotion.

“Working with (V/V) will provide us what we need right now to build our fan base and build us up,” Carol said. “They are a great group of minds, and we feel like we will work well with them.”

Narrowing down the talent was difficult to do, as the final four candidates had to represent what V/V believes in, said Julian Banks, Five of Five‘s director of artist and repertoire (A&R).

“The A&R team became really attached to the finalists because their music was the best of everything we heard and they were all really great to work with and everyone had such a positive attitude and great character, which is something a lot of artists are missing in this industry,” Banks said.

The ultimate decision was left up to the voters who attended the artist showcase on Wednesday, Nov. 2.

Banks said he looks forward to working with them over the coming year.

“We are all certain Monroe’s professional goals and accomplishments line up with Five of Five Music Entertainment,” Banks said.