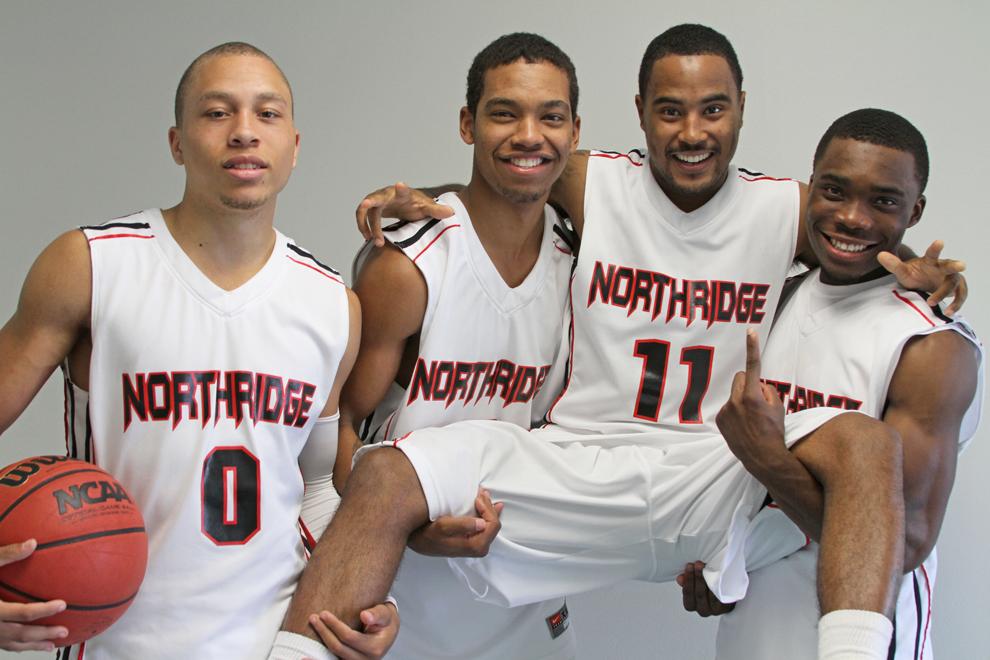 The Matadors will rely heavily on their guards to lead them to success in 2011-12. Photo Credit: Mariela Molina/ Visual Editor

After a surprise 2010-11 season in which the Matadors finished third in the Big West Conference and had a freshman class play a pivotal role in their success, the future looked promising.

But that was quickly put on hold.

The NCAA decided in May to ban Northridge from all postseason play for the 2011-12 season for its continuous subpar marks in the Academic Progress Rates (APR) report, an account that measures eligibility and retention for Division-I student athletes and is an indicator of graduation rates.

The Matadors, who had an overall record of 14-18 and a league record of 9-7 a year ago, won’t get a chance to play under the bright lights of the Big West Tournament, but they still have an opportunity to capture the conference’s regular season championship.

“We’re not going to go out there and lose every game, we’re still going to play for pride and play for honor,” sophomore guard Josh Greene said. “We still can compete for a Big West championship. I’m ready to play.”

CSUN begins its quest Friday when it faces USC at the Galen Center in the season opener for both teams.

The Trojans, who were ineligible to compete in the postseason during the 2009-10 year, are the first of two Pac-12 teams CSUN will face this season, with Washington being the other.

Guard Vinnie McGhee, one of only three seniors on CSUN’s roster, has advice for his young teammates when they step on the floor against USC.

“I told them, ‘They’re just another team, you don’t play their name, you play them,’” McGhee said. “Just go out there with the focus that we can beat anybody. It doesn’t matter that their jerseys read ‘USC.’ It’s about five guys playing against another five guys.”

McGhee will be the leader of a Matador team that consists of seven freshmen, six sophomores and no juniors. CSUN is the third youngest team in the nation behind only Navy and fellow Big West member UC Irvine.

After news broke out about Northridge’s postseason ban, McGhee had the option of transferring but decided to return, saying he wanted to be a big brother for his teammates and a mentor for the guards.

Last season, McGhee took Greene and Aqeel Quinn under his wing and the two made a major impact in their first season as Matadors.

CSUN was picked to finish eighth in the Big West standings a year ago, but the surprise play of Greene and Quinn and the one-two senior punch of Lenny Daniel and Rashaun McLemore took the team all the way to the Big West Tournament semifinals, where they ultimately fell to eventual-champion UC Santa Barbara.

This season, the Matadors were once again picked to finish eighth in the league, with Long Beach State and UCSB at the top of the preseason poll.

“It will be a huge surprise if we do anything because you have Santa Barbara with everybody back, Long Beach with everybody back,” said Bobby Braswell, who is entering his 16th season as head coach for the Matadors. “Fullerton had three or four guys sitting out because they were transfers from Berkeley that are going to be really good. So the expectations for us I’m sure aren’t very high.”

With the loss of Daniel, CSUN’s leading scorer and rebounder last season, the Matadors could have a tough time creating an inside presence.

However, the Matadors could create problems for their opponents with their guard play. CSUN is stacked in the backcourt with the additions of Allan Guei from Compton High School and combo guard Stephan Hicks, a redshirt freshman from National College Prep.

“We’re definitely a guard-oriented team so we will be able to run fast,” Quinn said. “If you put a big group out there against us, we’re going to outrun them. Our guard core has some of the best skills in the country.”