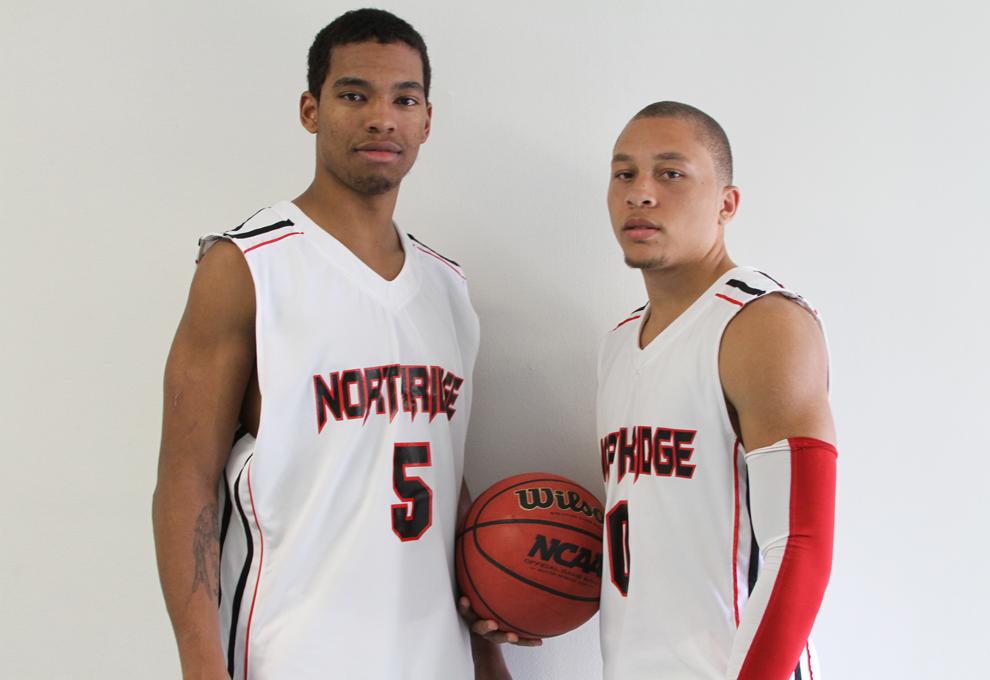 UC Santa Barbara and Long Beach State have had plenty of success with its 2008 freshman class, something CSUN head coach Bobby Braswell took note of.

The Matadors received major contributions from guards Josh Greene and Aqeel Quinn as the two were a main reason why CSUN advanced to the Big West semifinals and a third-place finish in the league standings.

Now in their second season, Greene and Quinn are being asked to be leaders for a young Matador team that has seven freshmen on their roster this season.

Quinn has been teaching freshman Allan Guei how to handle point guard duties, despite that the two will be battling for starting minutes this season.

“They’ve been helping me out a lot, especially Q (Quinn) because we’re always competing and he’s pushing me a lot just making me a better player,” Guei said. “I really wasn’t pushed in high school, but coming over here, he’s really pushing me a lot.”

Greene and Quinn worked out during the offseason with NBA players Russell Westbrook and Clay Thompson and played in the Drew League, a well-known summer basketball league in South Los Angeles that many NBA players participate in.

“For me it was a good opportunity (to play in the Drew League), I got to see how the NBA guards work, like James Harden, Russell Westbrook and Dorell Wright,” Quinn said.  “I see how all those dudes work and that betters my game. They gave me pointers off the court about how to handle myself during the school year with class, media and everything else.”

Even though Greene and Quinn made the biggest impact for the Matadors a year ago, sophomores Allen Jiles IV, Thomas Jacobs, Frankie Eteuati and Jordan Mitchell are all expected to play a big role for CSUN for the upcoming season.

With the Matadors losing star forward Lenny Daniel, who led the team in points and rebounds a year ago, forwards Jacobs, Eteuati and Mitchell will try to fill Daniel’s void in the paint.

“My aspect of the game I’m trying to bring is physicality and rebounding,” Jacobs said. “For our team to be successful, we’re going to need a post presence and all that starts with being strong. Although, we’re not the tallest team, I believe all of our guys are capable of showing heart and that’s going to pay off.”

The 6-foot-10 Eteuati said he wants to protect the paint and be an offensive presence for the Matadors and is aiming to break Daniel’s school record in block shots.

“I just want to contribute anyway I can, if I need to score then I’ll score,” Eteuati said. “I definitely want to break Lenny’s record of block shots.”

Besides filling Daniel’s void, CSUN will have to replace Rashaun McLemore’s all-around scoring ability. Jiles and redshirt freshman Stephan Hicks, who was part of the Matadors’ 2010 recruiting class, could be the scoring guards CSUN needs.

If the second-year players pan out the way Braswell expects, Northridge could be in store for success the next few seasons.