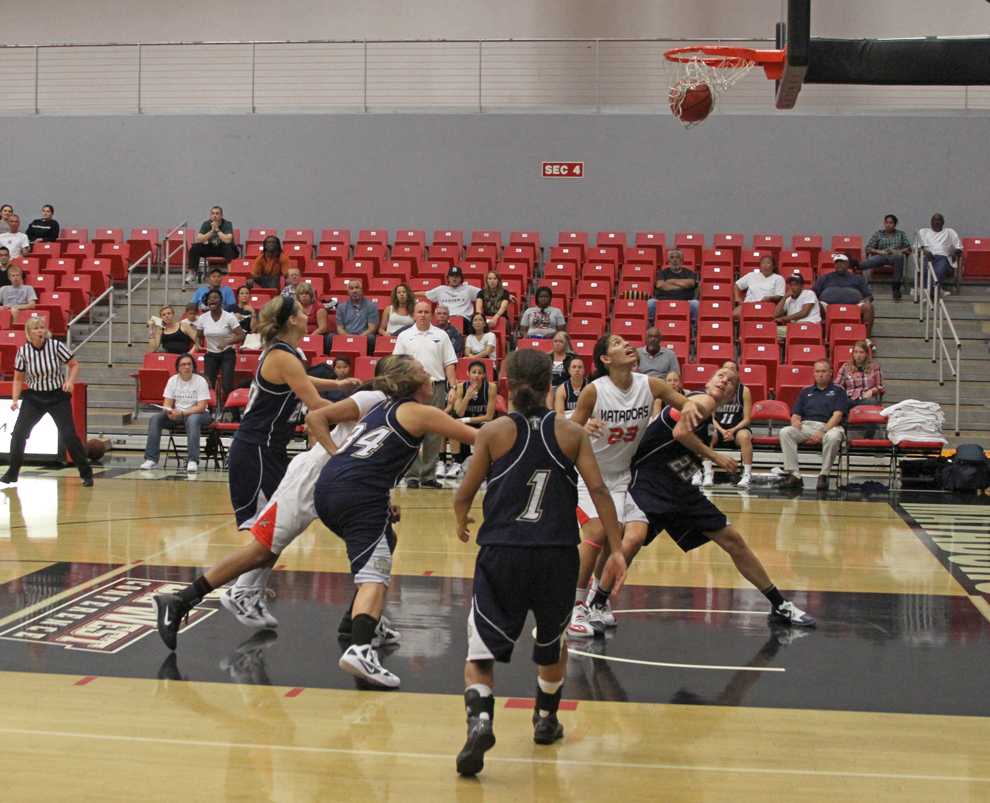 This season, Flowers and the Matadors are looking to bounce back and put CSUN on top of the Big West standings, beginning with the season opener at San Francisco University on Friday.

“I know we’re already improved,” Flowers said. “If we can stay focused and continue to work hard, there’s no limit to how good this group can be.”

The Matadors lost eight players from last season, but have five returning players saw enough minutes on the hardwood floor to know what it takes to be successful this year.

According to a media preseason poll, the Matadors are predicted to finish seventh out of nine teams in the Big West Conference after finishing last place a year ago.

The 6-foot-2 Erving will look to lead the charge for the Matador’s offense this year. She already comes into the season with high expectations having been named to the preseason All-Big West First Team.

During the Matadors’ Oct. 29 exhibition against Master’s College, Erving dropped 27 points in 23 minutes, with 24 of those points coming in the first half.

Erving led last year’s team with 14.9 points per game and grabbed 208 rebounds. Her dominance in the paint also showed on the defensive end with her 36 blocked shots.

Also returning to help Erving in the paint is junior Violet Alama. The Hawaiian forward returns after a solid 2010-2011 season in which she averaged 10.9 points and nearly six rebounds a game. She also collected 61 assists for the year.

Alama played in all 30 games last season and will prove to be a valuable asset on the defensive end this year. Along with 32 steals, Alama tallied 20 blocks in her sophomore year.

Most of Alama’s offseason was spent healing her surgically-repaired shoulder, but has high hopes in this Matador squad.

“Our goal is to win Big West,” Alama said. “We’re young so our newcomers need to buy into the program and listen to what the coaches have to say. The newcomers are more than half of the team and if they buy into the system, they’ll be a big part of the success this year.”

The Matadors have brought in six freshmen and two transfers this year.

“On different nights, different people are going to be called upon to play different parts,” Flowers said. “I just think everyone needs to be prepared when their time comes.”

Some new players that are going to be relied on are freshman Janae Sharpe and transfer Kaitlyn Petersen.

Sharpe comes to the Matadors after averaging 24 points and just over nine assists per game for Rialto High School. The guard racked up six 30-point-plus games in her high school senior season.

Petersen, a sophomore, joins CSUN after spending last season at Gonzaga University. Petersen and the Bulldogs appeared in the NCAA Tournament in 2010-11 and her experience there should carry over into her first season as a Matador.

The lone, active returning guard sophomore Haley White will be looked to as the leader of the younger guards since she already has a year’s experience with Flowers’ style of coaching.

Last season, White led the team in steals (48) and assists (105) and appeared in all 30 games while scoring more than five points per game. White also helped create second-chance points with 21 offensive rebounds.
Overall, the Matadors feel this year will be the one in which they turn it around in a Big West that has seen some recent changes.

“The gap between the top teams and everybody else used to be huge,” Flowers said. “I don’t think that there is that gap anymore just because there’s a lot of different teams that have a chance at being successful this year. It’s wide open.”