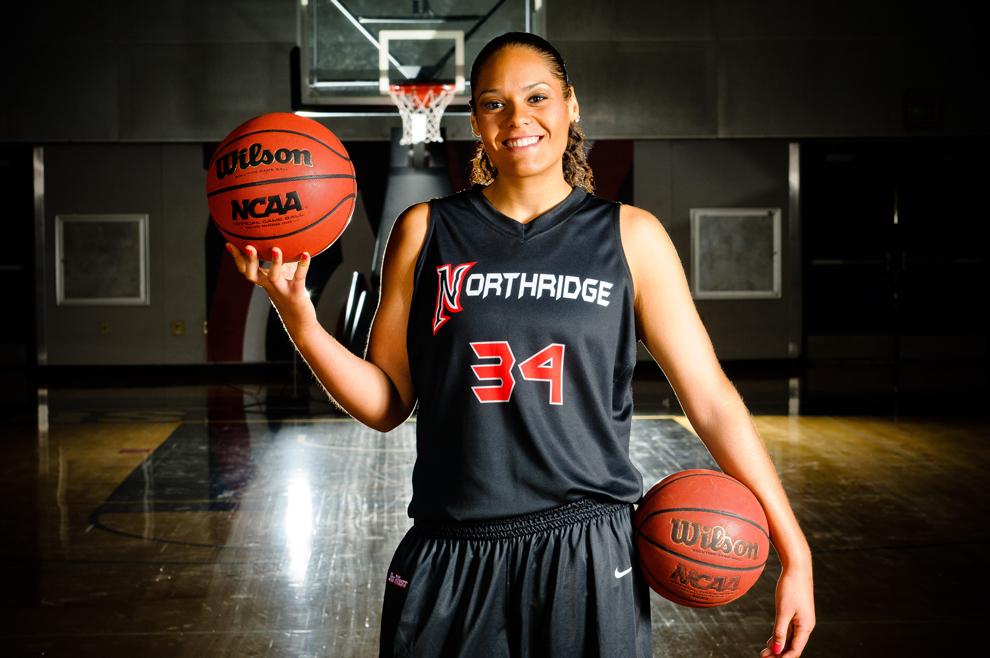 Jasmine Erving didn’t have the luxury of being raised by two parents. The 21-year-old senior only had her mother at her side.

“I don’t think I missed out on anything being brought up by a single parent, so I’m lucky for that,” said Erving, center for the CSUN women’s basketball team. “I have a great mom, fortunately. My mom fulfilled the spot of being my mom and my dad. She’s my No. 1 fan.”

CSUN head coach Jason Flowers, who was also raised by a single mother, said he understands the bond and importance that Erving and her mother have for one another.

“The love that she has for her mom and the relationship that they have is big time,” he said. “It’s a major part of who she is, but also shows her loyal and caring side. At the end of the day, if you ask her (about the relationship), she might chuckle about it, but she’s still mommy’s little girl and there’s nothing wrong with that at all.

“In today’s society, that’s rare a lot of times.”

The experiences Erving and Flowers have in common have made it easier for the two to bond with one another, and unify the team.

“He uses his life stories a lot in our talks after practice and with the team,” said Erving, who was named to the Preseason All-Big West First Team. “So I can definitely relate to things that he talks about because he was brought up by a single mom. And I think that when we have one-on-one conversations, we can relate on the same level because we both were brought up the same way.”

Flowers believes Erving would not be where she is today had she not grown up in a single-parent home.

Flowers said Erving, who last season averaged 14.9 points and 6.9 rebounds, has carried over a sense of family and has positive affects on the team.

“It’s helped facilitate the transition for our staff and the new players, and made things a lot easier than they could have been,” Flowers said. “One of the challenges was we had five returners and we had the eight newcomers. The challenge was bringing them together to be one group, and she’s facilitated that right from day one. And I think it’s just a testament to her leadership abilities and her qualities as a person.”

Randi Friess and Ashlee Guay, two freshman guards on the team, can vouch for Flowers. Both agree that Erving has helped them assimilate into the group.

“When we get yelled at, she’ll talk to us on the sideline and says, ‘You got it, don’t worry about it. You can do it. Keep it up,’” Guay said.

With the season about to begin, Erving has her mind set to helping this young squad.

“Since I’m a senior and a big part of this team, I definitely have the responsibility to keep my team going,” she said. “My biggest goal this year is to keep my team motivated, because we do have so many new players. I’ve had to take on the role of being a leader and being vocal during practice.”

It may be Erving’s last year as a Matador, but it’s the love between her and her mom that will continue to benefit her after her career at CSUN.

“She’s just picked up certain characteristics from that process that, instead of becoming a victim, she’s definitely used it to her advantage,” Flowers said. “She’s going to walk out of here with a degree, and walk out of here as one of the best players to ever play here. And I think that a lot of that has to do with that dynamic of her and her relationship with her mom.”