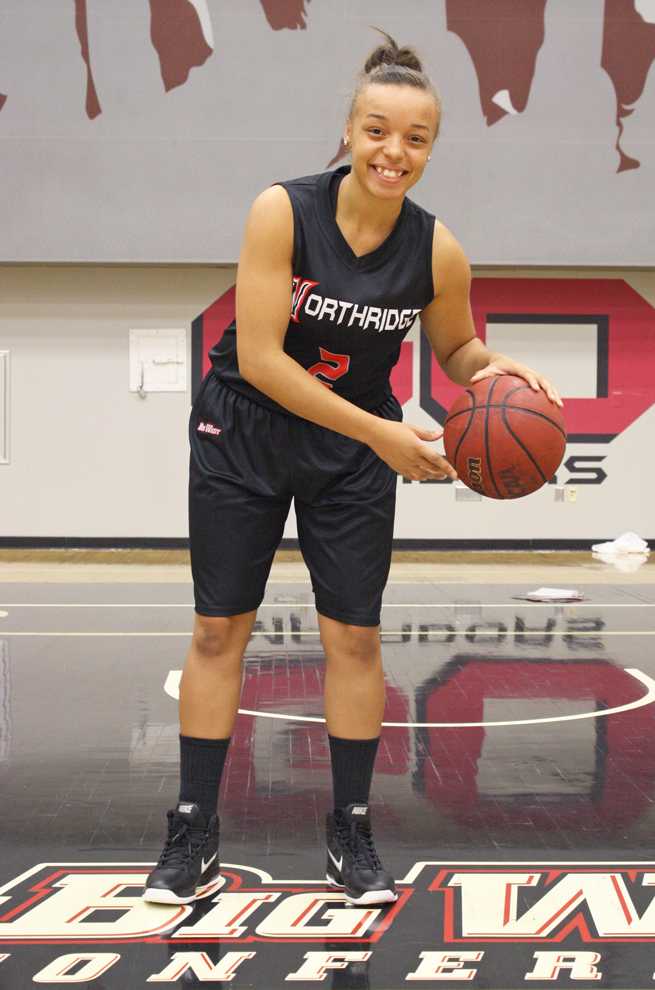 It was only a year ago that Haley White joined the CSUN women’s basketball team fresh out of high school and was asked to carry a heavy load at the guard position.

After leading the team in assists (105) and starting 22 of 30 games, the sophomore guard returns to the court and looks to step up as one of only five returning players from CSUN’s young squad.

With the injury to senior guard Bridgette Conejo and the departure of guard Janelle Nomura, the workload will get a little heavier for White.

Throughout her freshman campaign, White’s versatility made her effective from everywhere on the court.

“I just happen to be that good size,” White said. “I’m not too big to be a guard or too small to be a post (player).”

After seeing minutes at every position last season,White predicts she will see most of her playing time at guard, and even some at small forward this season.

Matador center and captain Jasmine Erving described White as “kind, trustworthy and smart.” The two are coming into their second season together, and Erving has nothing but positive things to say about the sophomore.

“(White) is not only a hard worker on the court, but also an extremely kind and caring person and a pleasure to be around,” Erving said. “This year, I am looking forward to seeing Haley continue to improve on her game and continue to be the hard-working player she was last year.”

White averaged 5.3 points per game last season. She’s looking to put even more points on the board for the Matadors this year.

“I wasn’t really a scorer last season, but this season I plan on getting some points,” White said.

White spent time at her alma mater in Ontario, Calif. during the offseason working on her shot to make sure she was ready to pull the trigger when the opportunity arose. When she wasn’t doing workouts assigned to her by the coaches, she was putting in work off the court as well.

Besides basketball, White spent a lot of her offseason at Loveland Church in Ontario. White even attended the God’s Young Women’s Conference in Palm Desert with others, aged 12-19.

The yearly event helped her get away from everyday life and get focused on the upcoming season.

“I’m really involved with my church so I did a lot of events,” White said. “Just being able to be really influential in their life is really big.”

This year, White will also have a huge influence on the young talent the Matadors have brought in at the guard position.

The Ontario native has already had some experience playing with freshman Janae Sharpe.

“It’ll be fun to get to play with her again for a couple of seasons,” said White, having played with Sharpe when they were 9 years old.

Although White is only a year or two older than the newcomers, her experience working under Flowers from last season will benefit her and the young guards on the team.

“I see myself as one of the leaders, the silent leaders,” White said.

If actions speak louder than her humble words, expect White to put up some impressive numbers this season.