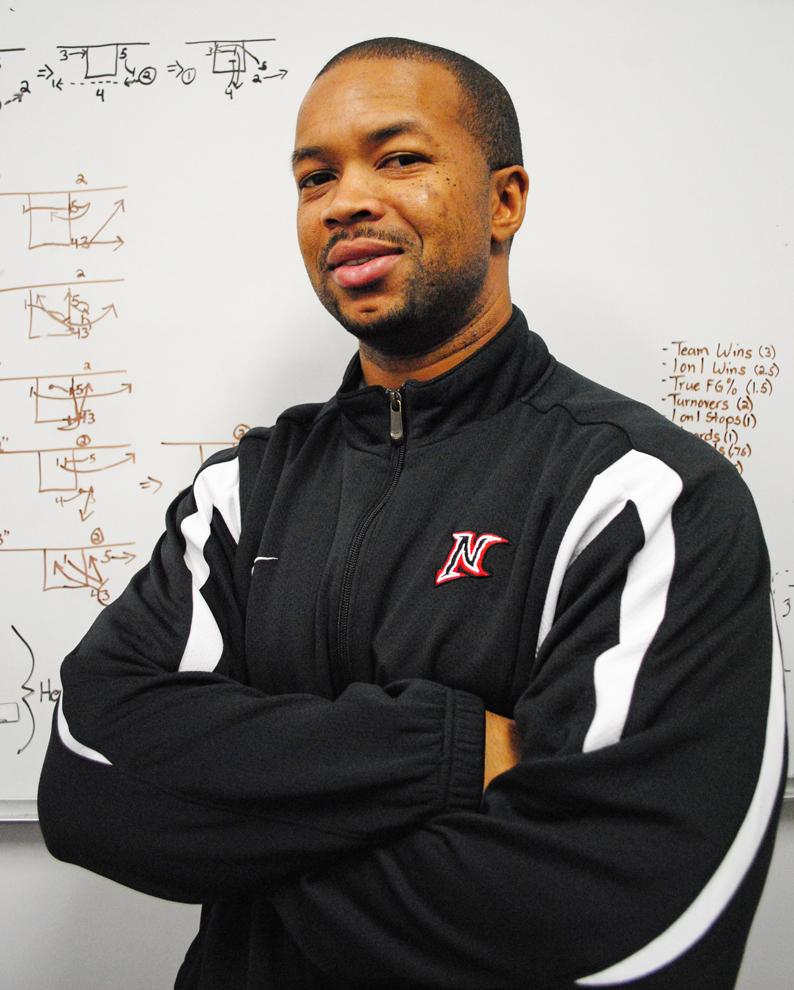 Jason Flowers wants his Matadors to cut down on turnovers and improve on defense during his second season as head coach. Photo Credit: Andres Aguila/ Daily Sundial

“We acquired quite a few kids who are going to have an impact,” said second-year head coach Jason Flowers. “They compliment the players that are already here. From top to bottom, they are a talented and hard-working group, and they enjoy being around each other.”

Flowers said the coaching staff and players have worked hard to address the two biggest problems they had last year: a defense that allowed 71.2 points per game – about 14 more points than they scored – and an offense that accumulated 19.3 turnovers every game.

“Our issues last year were defense and taking care of the basketball,” Flowers said. “I think those things have improved with the development of returners and the new talent we have coming in.”

Flowers stresses the importance of jelling together as a team to reduce the amount of turnovers committed. He also said last year’s turnover statistics were misleading because players were sometimes asked to do things they weren’t comfortable with.

“In a lot of situations last year, we had times where we asked people to do things that were out of their comfort zones,” Flowers said. “This year is going to be different because we have players that will be able to settle more into their roles, whether it be if they’re asked to do something on the court or play a certain position.”

Center Jasmine Erving, who averaged 14.9 points and 6.9 rebounds per game last season, is entering her senior year and Flowers said she’s in the best shape of her life.

“She’s put herself in the position to have an outstanding senior season,” said Flowers. “Any time you have a post player who can attract the amount of attention and produce at the level as she does, it makes everybody’s job a little bit easier.”

Last season, the onus was mostly on the 6-foot-2 center to score, but the team is hopeful this year’s recruits will take the pressure off, which would give her more room to operate down in the post.

“Our chemistry right now is the best that it’s been all four years I’ve been here,” Erving said. “It helps that we have such great guards that can shoot outside. It relieves that much more pressure for me and vice versa.”

Erving, who’s usually a post player, has the versatility to knock down outside jumpers. With her and a few big freshman guards who can post up, Flowers expects his team’s offense to be more dynamic.

“(Erving) has the ability to knock downs shots and threes,” Flowers said. “With her ability to step out on to the perimeter and our guards’ ability to post up, it creates a different dynamic for our team on offense and gives our opponents a different aspect they have to be concerned about.”

Even though Erving is a decorated player with two All-Big West Second Team selections and about to become the eighth highest scorer in CSUN women’s basketball history, Flowers said teamwork and unity are the keys to victory.

“One player can’t make a program,” he said. “The program is bigger than any one person, including myself. The group that comes in is what makes the biggest impact.”