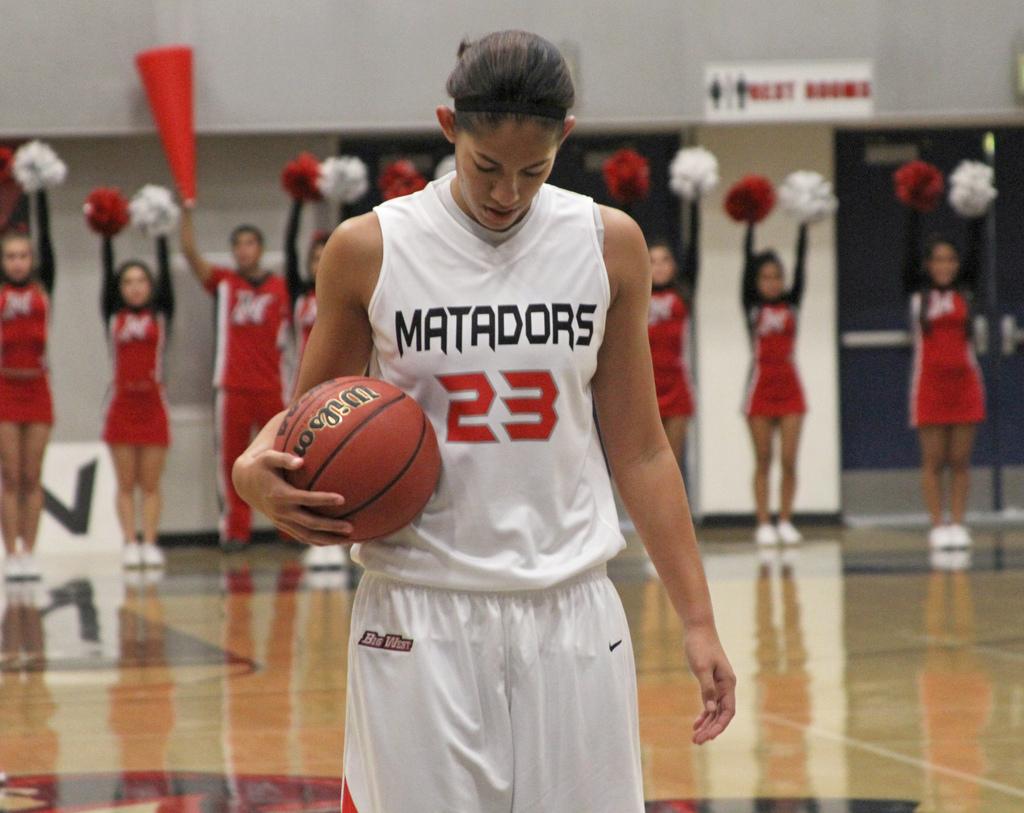 Despite trailing for most of the match and tallying numerous turnovers, CSUN (1-0) came back from a double-digit deficit to beat the University of San Francisco (0-1), 67-59, at War Memorial Gym Friday afternoon.

Matador captain Jasmine Erving was off her game, earning three fouls in the first half and missing the first 10 minutes of the second half after picking up her fourth.

Though Erving didn’t do much on the offensive end, she made up for it on defense. The center had a career-high seven steals with only 21 minutes of playing time, allowing CSUN to create stops and build on its lead.

CSUN found its first lead of the night in the last seven minutes of the game and didn’t look back. With Erving’s return to the court late in the period, the rest of the team began to play tighter defense and created multiple fastbreak looks.

“I thought our kids showed a lot of character in fighting back and not getting dejected when we were down early,” CSUN head coach Jason Flowers said in a postgame interview with the GoMatadors.com broadcast team. “To come on the road and get a win, it’s big.”

The Matadors struggled to keep possession of the ball throughout the first half. The team racked up 15 turnovers, with guard Kaitlyn Petersen picking up seven by the end of the game. The team ended the match with 23 turnovers.

On top of the numerous turnovers, CSUN had difficulty boxing out its opponents. USF dominated the glass, out-rebounding the Matadors 23-16 on offensive boards and 52-48 overall for the match.

Because the Matadors failed to secure defensive rebounds the entire game, San Francisco found many second-chance opportunities. But after CSUN gained the lead, its defense stepped up and prevented most of those second-chance shots from going in.

USF forward Katy Keating had the hot hand behind the arc, making five of nine in the match. The Matadors only made one trey in the game, coming from Petersen in the first half.

San Francisco went on a 12-0 run in the first half, but CSUN closed in and at one point tied it before the end of the first half. But as soon as the Matadors caught up, USF made a small push to put itself up 31-24 at halftime.

Both teams were rusty on offense, with CSUN shooting 34.9 percent while San Francisco shot 28.6. CSUN freshman guard Ashlee Guay led the team with 17 points and forward Violet Alama chipped in 15.