Gaddafi unfairly given bad name by NATO and mainstream media 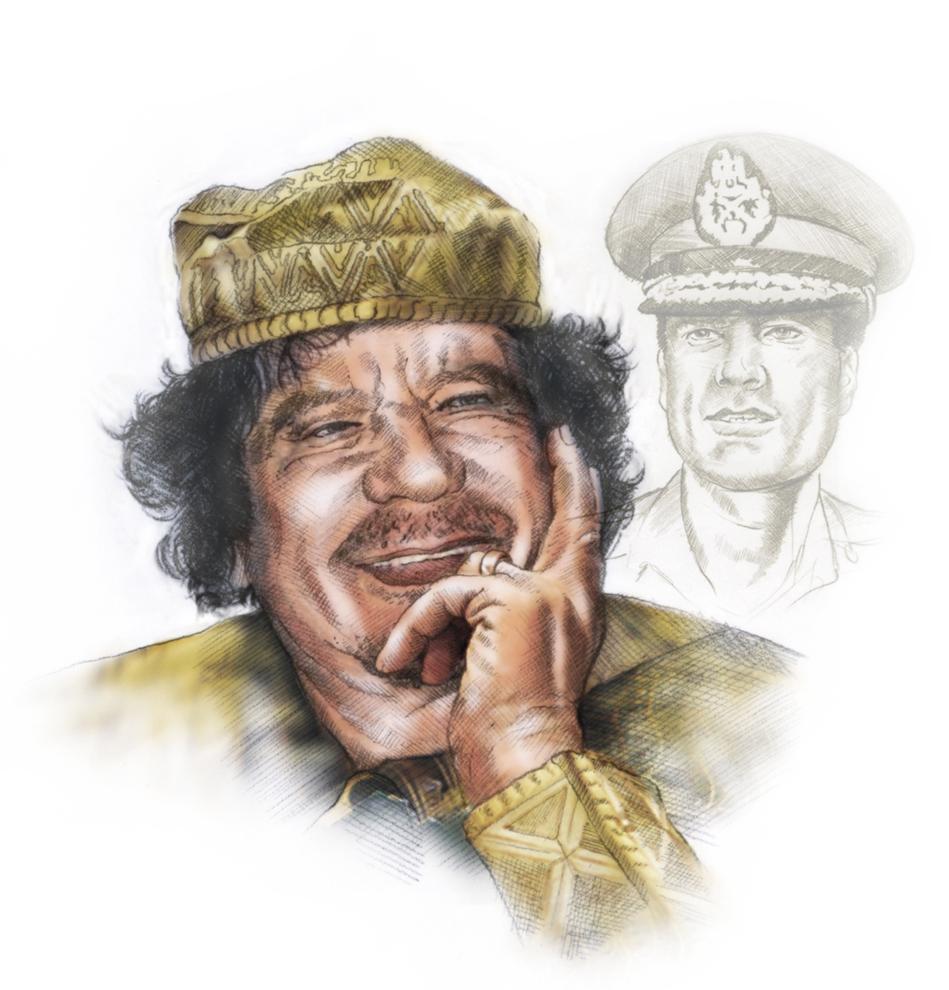 With Muammar Gaddafi’s demise, understand that the so-called “reporting” done by the mainstream media has been deliberately distorted to legitimize the NATO invasion of Libya.

Dan Lieberman writes in “NATO Conquers Libya,” that the pretext for invading Libya was the false claim that Gaddafi was mass murdering Libyan’s prompting NATO to intervene with authorization from U.N. Security Council Resolutions 1970 and 1973.

The U.N. Resolutions however, only authorized “to take all necessary measures, notwithstanding paragraph 9 of resolution 1970 (2011), to protect civilians and civilian populated areas under threat of attack in the Libyan Arab Jamahiriya, including Benghazi, while excluding a foreign occupation force of any form on any part of Libyan territory.”
This makes the NATO presence in Libya illegal whatever the case is. In addition, Alan J. Kuperman writes in “False Pretense for War in Libya,” that Human Rights Watch reported that there has been no civilian bloodbath by Gaddafi. Such as in Misurata, with a population of 400,000 population, after two months of war only 257 people were killed, including combatants.

So if there was no bloodbath or authorization for invasion, why did NATO invade Libya? Again, Dan Lieberman writes that Gaddafi’s portrayal as a ruthless dictator by the mainstream media was used to arouse international sentiment and support for the NATO invasion of Libya.

Consider if Gaddafi was really the tyrant the media said he was. P. Ngigi Njoroge writes in “The Destruction of Libya and the Murder of Muammar Gaddafi. NATO’s Moral Defeat,” on September 1, 1969, Colonel Muammar Gaddafi overthrew the despotic Western-backed King Idris in a bloodless coup. Gaddafi then ordered the U.S. and Italian militaries to leave, nationalized Libya’s oil reserves, and closed down the Wheelus Air Force Base. To pacify tribal and ethnic tensions within Libya, Gaddafi established a revolutionary political and economic system based upon his Green Book.

Again, Dan Lieberman writes that the ideas expressed in the Green book were a bold far cry from the Western liberal democratic institutions of Europe and Communism of the Soviet Union. Gaddafi understood that a strong leadership was necessary to quickly carry out economic policies committed to help ordinary Libyan’s while weakening unwanted foreign meddling in a sovereign nation. For Libya, writes Dan Lieberman in “NATO Conquers Libya,” and Jean-paul Pougala in “Why the West Wants the Fall of Gaddafi,” adopting a Western style political structure would only inflame tribal and ethnic tensions because western democratic institutions encourage division and sectarianism through partisanship and corruption making progress extremely difficult.

If Libyans cannot find the education or medical facilities they need, the government funds them to go abroad, for it is not only paid for, but they get a U.S.$2,300 per month for accommodation and car allowance.

Libya has no external debt and its reserves amounting to $150 billion are now frozen globally. If a Libyan is unable to get employment after graduation the state would pay the average salary of the profession, as if he or she is employed, until employment is found. A portion of every Libyan oil sale is credited directly to the bank accounts of all Libyan citizens. Gaddafi carried out the world’s largest irrigation project, known as the Great Manmade River project, to make clean water readily available throughout the desert country.

The year after the US lifted sanctions, the countrys economy surged 10.3 percent in 2005. Foreign direct investment increased more than 50 percent from $1.5 billion in 2000 to $2.3 billion in 2007, according to the World Bank.

Internationally, according to Farouk Chotia of BBC in “What Does Gaddafi’s Death Mean for Africa,” Gaddafi supported many revolutionary movements such as the Sandinistas of Nicaragua and the African National Congress led by Nelson Mandela.

Mr. Mandela was so grateful for Gaddafi’s support in dismantling apartheid in South Africa, that when Bill Clinton visited newly independent South Africa and criticized Libya under Gaddafi, Nelson Mandela rebuked him using the following words: “We cannot join you in criticizing the people who helped us in our darkest hour.” Mr. Mandela would even name one of his grandson’s after Gaddafi!

If these facts are not enough to convince you to at least reevaluate the ridiculous narrative established by the mainstream media that Gaddafi was just a ruthless tyrant who did nothing for his people, then consider this: How long has the illegal NATO operation in Libya been going on for? Thirty days? Sixty days? Ninety days? No! Libyans have been resisting NATO for over two hundred and twenty days and counting or since the offical invasion by NATO began (NATO.com)!

If Gaddafi was as brutal as the mainstream media said he was, wouldn’t ordinary Libyans have cheered on the rebel fighters in overthrowing Gaddafi? Would not this operation have ended quickly and decisively months ago? The NATO mission in Kosovo lasted a measly seventy-eight days (NATO.com) thus, Libya is the longest military invasion since the invasion of Iraq in 2003.

In conclusion, my claim is that Libyans have resisted NATO not because they were afraid of Gaddafi’s retaliation otherwise, but because they are not willing to abdicate their hard-earned freedom’s to a dubious foreign presence that claims they are protecting Libyan’s.

Would a brutal dictator give so much to his people and to others? Why is NATO intervening in Libya and not in Yemen and Bahrain whose repressive governments have killed untold number of protestors?

Is the brutal killing of Gaddafi, his convoy, and his family without a fair trial taking “all necessary measures, notwithstanding paragraph 9 of resolution 1970 (2011), to protect civilians and civilian populated areas under threat of attack in the Libyan Arab Jamahiriya, including Benghazi, while excluding a foreign occupation force of any form on any part of Libyan territory?”

This is not to say that Gaddafi was a saint, as forty-two years of control would entail keeping a lid on dissident and anti-state activity.

Nevertheless, as the vicious murder of Gaddafi and wholesale destruction of Libya by NATO sends shock waves all across Africa and the world, we should question the legitimacy and intentions of NATO and whether there was a non-humanitarian goal for their schizophrenic decision to invade Libya.

We, as citizens, should investigate the facts further and draw conclusions from our own efforts and not continue being spoon-fed by the mainstream media whose “reporting” on Libya has been deeply distorted.