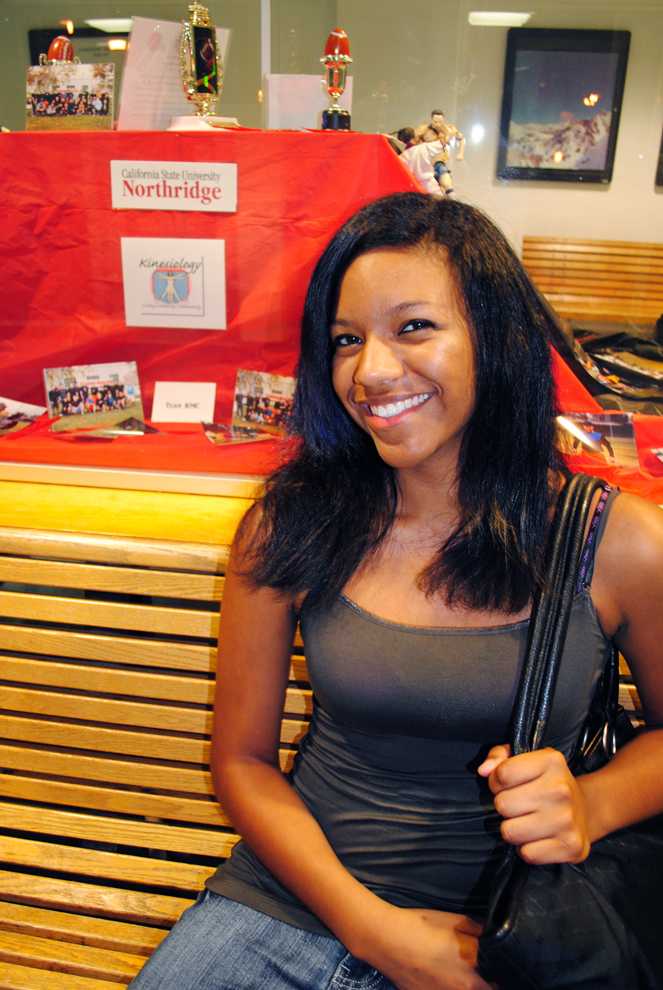 While all of her friends were getting ready to graduate high school Jasmine Hart, 19 was in an induced coma struggling to survive a massive stroke.

May 21, 2010, just five days away from her high school graduation and a few weeks shy of her 18th birthday, Hart felt a strange sensation in her face while at home in her bathroom getting ready for school. She did not realize that she was experiencing the beginning stages of a bleeding stroke, also known brain arteriovenous malformation (AVM).

Brain AVM is a rare stroke caused by the bleeding of poorly formed blood vessels, which is thought to be congenital. When it occurs in the brain it can cause severe damage including permanent paralysis, according to the Toronto Brain Vascular Malformation Study Group.

“At first it wasn’t painful, it just happened and I couldn’t feel the right side of my face. I tried telling my family what was wrong but my throat began to paralyze, a few minutes later it felt like someone hit me in the head with a baseball bat. Once I collapsed my family called 9-1-1 and that is the last thing I remember,” said Hart.

When she awoke from her coma she was confused. She had to be retold every day what had happened to her, due to temporary short-term memory loss.

She said that one of the hardest things she had to deal with was waking up and looking at the calendar and realizing she had missed her Hesperia High School graduation. Then she began to suffer from depression.

Hart was in the hospital four months battling her way back to normalcy and although she had to postpone her college plans, she finally made it to her freshman year.

Before her stroke, Hart was just like any other healthy and active teen girl who loved sports. She played basketball, soccer and did shot put in track. She can no longer run or be as active as she used to be and misses that ability.

“I was an athlete, I was a strong girl,” Hart said.

Ironically Hart had decided to become a kinesiology major and been accepted to CSUN before her stroke.

Until Hart could even think about going to college she had to get her life and her body back in order. She was under suicide watch and had to attend physical and mental therapy for what she had gone through.

While in the hospital Hart had a difficult time doing things she was used to doing with ease, such as eating solid food. She could not move the right side of her body and was at least grateful for being left handed so she did not have to relearn how to write.

She went from using a wheelchair to a cane and then to walking in less than a year. The doctors did not believe how fast she was recovering.

Although she took a year off to recover before starting her freshman year at CSUN, Hart still felt as though she was not completely ready.

“I had my doubts. I grew so self conscious. I felt like this is not my body,” she said.

Now, she lives the dorms, which has helped her feel more comfortable and accepted. Some people stare at her for walking with a limp, but she tries not to let it get to her.

Although Hart has made a progressive recovery after her stroke she has been prepared for complications. This semester Hart suffered from brain seizures but continues to persevere and work toward her degree.

She said she tries to take the good out of all the bad in her journey and to live as normal of a life as possible.

Her plans for the future include becoming an athletic trainer or physical therapist specializing in sports injury, she wants to work for the NFL.

She feels that although she wanted to be a kinesiology major before her accident, now she has even more drive to do it. She does not consider her AVM as fate but it will benefit her relationships with patients in the future.

“I want to help people. My mom said that ‘No (physical therapy) patient can now say I don’t understand what they are going through,’” said Hart.