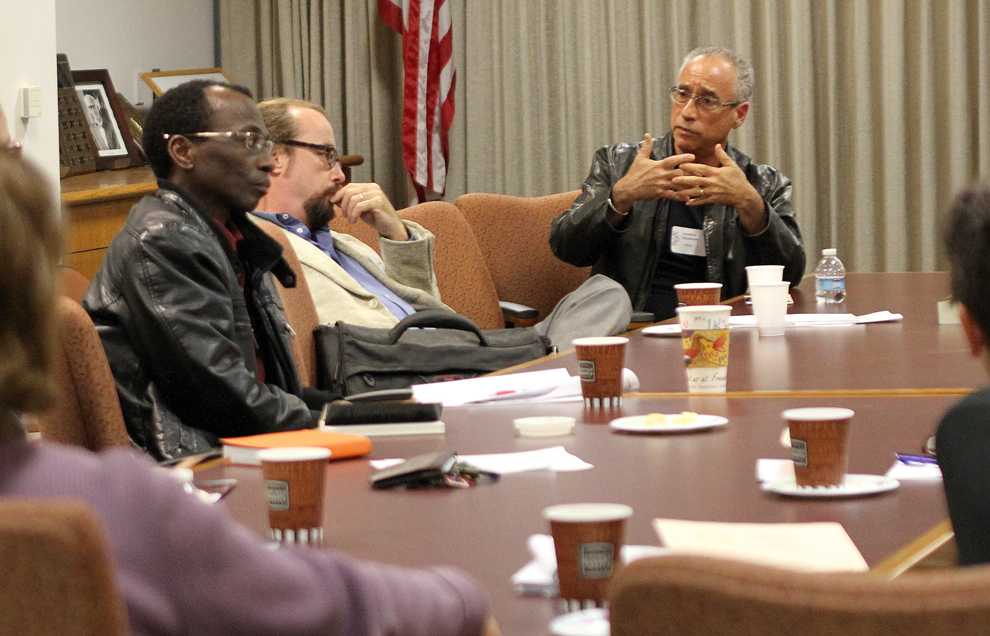 Middle Eastern culture has been a point of obsession in the United States dating back to the 19th century, said Jonathan Friedlander, former assistant director of the UCLA Center for Near Eastern Studies.

“The Middle East has become a brand name in the U.S.,” Friedlander said during the second session of a symposium on Middle Eastern studies Tuesday. “You put the pyramid in front, the camel in front of it, and it will sell.”

Friedlander presented the group with a portion of his 6,000-item digital collection of Middle Eastern portrayals in American films, music, magazines, books and marketing. The full collection is stored at UCLA.

He cited covers of sheet music and romance novels depicting Middle Easterners as lovers of women and foes of men, and added that even jazz greats like Miles Davis show traces of Middle Eastern music in their works.

“It’s not really about them anymore, it’s about us and how we have incorporated the Middle East as our own in music, in art, in architecture,” Friedlander said. “Part of the thing, if you really look at it in a nuance and a contextual way, can really become American.”

As CSUN prepares to create a Middle Eastern and Islamic Studies minor, experts in the field and guest speakers from UCLA and City University of New York gathered in the Whittsett Room Tuesday to strategize.

Many people are curious to study about the Middle East but, unfortunately, “they fall in thin cracks,” said Mehdi Bozorgmehr, co-director of the Middle East and Middle Eastern American Center at City University of New York.

“This kind of focus is unique,” Bozorgmehr said. “While the centers might not be open to this idea, research foundations are.”

Having founded the Middle East and Middle Eastern American Center in New York, Bozorgmehr advised CSUN faculty to take the vast multiculturalism in Los Angeles to their advantage.

“Instead of envying the big dogs, you can use your niche to your advantage,” Bozorgmehr said. “If UCLA, USC, Santa Barbara doesn’t do it, it gives you an opening.”

Bozorgmehr also advised CSUN’s experts to be careful of groups that may not label themselves as Middle Eastern. He said naming the program will be crucial to including all forms of Middle Eastern diversity.

Title 6 grant funding would be ideal for CSUN’s program, targeted at undergraduate students, he said.

Bozorgmehr shared his own research and said he was very sympathetic to community issues, such as discrimination and backlash. He advised that the CSUN minor do the same.

With the help of other faculty, Tohidi has been working on this project since 2005 and recently received a $100,000 grant from National Endowment for the Humanities.

Budget cuts would not make it easy to maintain this program, she said. But she remains hopeful the minor will launch by Fall 2012.

For more information on the MEIS minor, visit www.csun.edu/meis