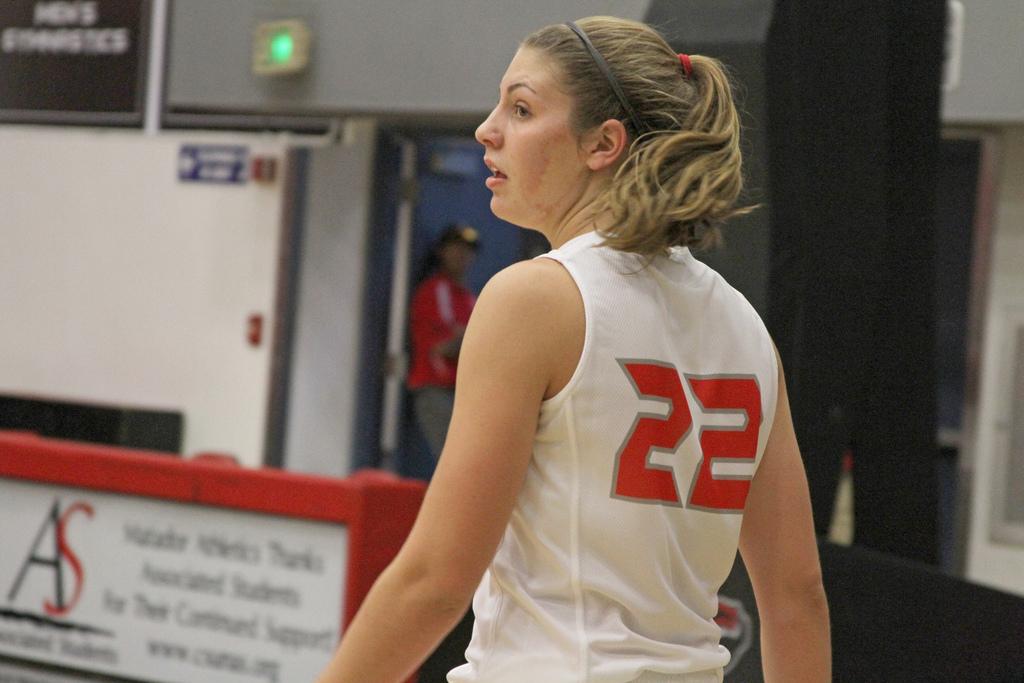 They were only trailing by four points at the end of the half, keeping up with the Pac-12 team.

But that’s as close as the Matadors would get for the rest of the night.

At the beginning of the second half, the Matadors had two quick turnover that turned into four Beaver points. CSUN head coach Jason Flowers was forced to call an early timeout.

But the timeout didn’t help his team a bit as Oregon State proceeded to go on a 12-2 run. CSUN didn’t sink its first field goal of the second half until the 14:40 mark by way of a fastbreak layup by center Jasmine Erving.

For the first nine minutes of the second half, the Matadors scored only eight points while the Beavers tacked on 28.

Northridge trailed by as many as 26 points. The Matadors finished the night shooting a dismal 36.1 percent partly due to the zone defense Oregon State implemented the entire night.

“We didn’t execute as well in the second half against the zone,” Flowers said.

He added that the team had a little success against the zone with center Camille Mahlknecht in the game, but the aggressiveness on offense tapered off.

The Beavers started the game hot and made their first seven shots, including two three-pointers. The Matadors made their first stop with 13:16 left on the clock in the first half. After that, both teams went cold. Neither team made a basket for two minutes. The cold stretch was comprised of poor shot selections and turnovers from both sides.

CSUN had trouble stopping Oregon State inside and allowed the Beavers to score 42 points in the paint and 12 off of fastbreaks. Oregon State center Patricia Bright led her team in scoring with 23 points, with most of her shots coming in the second half.

“Every time you give up dribble penetration, it’s going to be tough,” Flowers said.

Mahlknecht had a team-high 14 points for the Matadors. Erving added 10.

CSUN found some rhythm in the first half after guard Kaitlyn Petersen made a jumper at 12:01 and the Matadors went on a 9-2 run, chopping Oregon State’s lead down to one. Northridge  got the lead with 7:40 left in the first half, but the Beavers tied the score up and began to run away.