W-Bball Notebook: CSUN off to best start in years 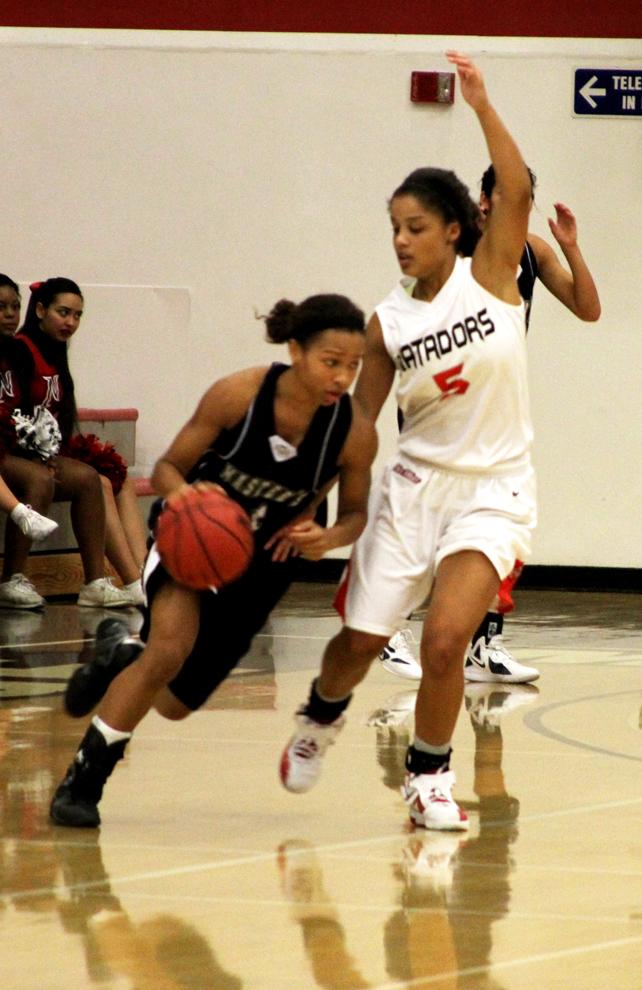 After opening the season with a four-game split on the road, the Matadors (2-2) come back to the Matadome looking to snap a two-game losing streak.

The last time CSUN started the year with two wins and two losses was back in the 2006-07 season under then-head coach Staci Schulz. Current head coach Jason Flowers is glancing over the fact that his team is starting better than in past seasons.

“Our expectations are a little bit different than everybody else’s,” Flowers said. “At the end of the day, it’s about us playing the best that we can possibly play. 2-2 is better than 0-4, but not as good as 3-1 or 4-0.”

The Matadors’ first loss came against Oregon State Thursday night, when the Beavers’ 2-3 zone defense stopped CSUN’s offense dead on its tracks. Flowers wants to see his team make adjustments the next time the zone is played.

“It just comes down to execution,” he said. “With zone defense, it’s understanding where your shots are going to come from, what you need to do to get those shots and I think that’s part of us growing as a team and getting more experiences.”

Freshman Matador guard Janae Sharpe said the team had mental breakdowns and is watching game tape to prepare for next time.

“We just got to attack the gaps and get the ball inside,” Sharpe said. “We have to look to feed it to the middle.”

“It’s a situation where you do certain things and you’re successful, and then sometimes when you’re not as experienced, or young, you think that you can deviate and go off and do some different things,” Flowers said. “It goes back to the saying, ‘If it ain’t broke, don’t break it.’ For some reason, we keep breaking it.”

Flowers has started two freshman guards for most of the games this season, with Sharpe and Ashlee Guay averaging about 33 minutes of playing time. The two guards have made a difference for the Matadors on the court.

“Their energy and work ethic is all contagious,” Flowers said. “You hear people talk about college basketball and say that it starts with guard play. (Jasmine Erving) is a force inside, but having guards have made Erving’s job easier. They’ve made us a more balanced team.”

Guay has already 20 steals to her name and 18 assists with only four games under her belt.

“It shows that I’m doing something right, but we’ve just been working hard in practice,” she said. “No matter what, I’m determined to get the ball. I don’t want anyone to get by me, and getting the ball away from them makes that happen.”

It’s practicing with her teammates that have sharpened Guay’s skills to be more active on the defensive end.

“Playing against my teammates, like (Sharpe), has been helpful going against good competition,” Guay said. “I guess it prepares me. It makes me work harder in practice so that (what we do in practice) is not hard in games.”

Sharpe also attributes her consistent play, 10.8 points a game with 12 assists, to practice time with Guay.

“(Guay) and I are always pushing each other so when it does come to the game, it’s easier and (more fun) to play,” Sharpe said. “I feed off (Guay’s) energy on defense and offense because she’s so aggressive and attacks. It’s like she never stops, so she motivates me to work hard and try to help her on defense and get stops.”