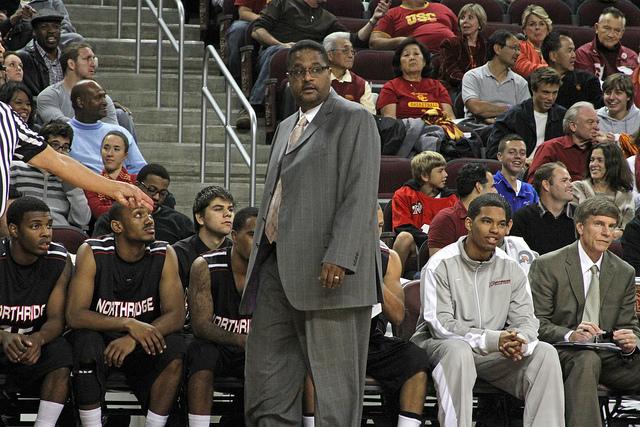 Another woeful shooting performance, another loss.

After defeating San Diego Christian on Tuesday to record its first win of the season, CSUN went back to its struggling ways and was crushed by Drake 73-49 Saturday night at the Knapp Center.

Even CSUN leading scorer Stephan Hicks had a rough time against the Bulldog defense and was held to 10 points on 5-of-10 shooting. It was the redshirt freshman guard’s lowest point total in a game this season.

CSUN was able to get back on track offensively at home against humble San Diego State. The Matadors dropped 98 points on the non-Division I Hawks, the first game in which they scored 70-plus points this season. However, against the Mountain Valley Conference team, CSUN went back to struggling on offense.

The 49 points CSUN scored was its lowest point total for the season. Its previous season-low was 59 in a loss against USC to start the year.

The Matadors got off to a solid start as they stayed with the Bulldogs for the first ten minutes. After a layup by Hicks cut Drake’s lead to 14-13 with 13:13 left in the first half, the Bulldogs went on a 17-3 run to increase their lead to 31-16.

CSUN went into halftime down 36-23 and only scored one point in the first five minutes of the second half as they saw the Drake lead balloon to 50-24.

It was the third time this season that the Matadors lost by at least 19 points. That includes a 42-point rout at Boise State.

Besides Hicks and guard Josh Greene’s 10 points, no other Matador scored in double figures. Greene shot 4-of-12 from the field. He made two 3-pointers.

After missing the first four games of the season due to injury, sophomore guard Aqeel Quinn returned to the court for the Matadors. Quinn saw 25 minutes of action and scored six points on 1-of-6 shooting.

After sending the Hawks to the free throw line 47 times Tuesday, the Matadors allowed the Bulldogs to head to the charity stripe 31 times. Drake made good on 20 of those.
CSUN only took 12 free throws attempts.

Northridge and Drake met for the first time ever in the 2009-10 season, when the Bulldogs came out victorious 90-80 at the Matadome.