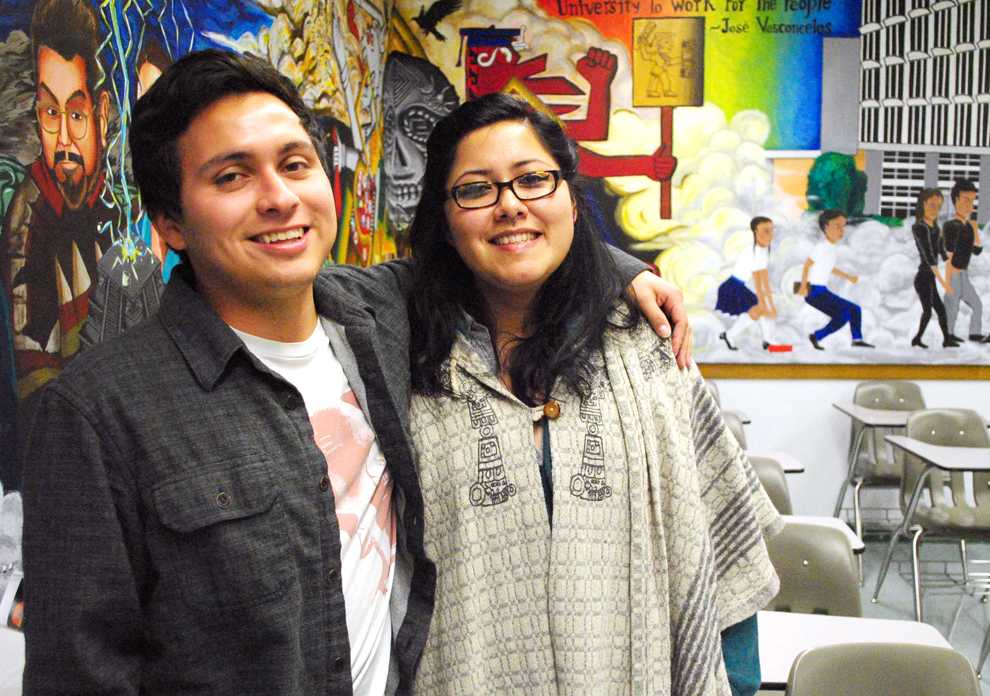 The original article identified the program as the “Robert E. McNair Scholars Program,” rather than the “Ronald E. McNair…”

The program is one of eight TRIO programs created as part of the Higher Education Act of 1965, said Renee Moreno, program director and CSUN Chicano/a studies professor. All of these programs, including the McNair Scholars program, sustained a 3.1 percent funding cut this year.

The Ronald E. McNair Scholars Program will give 25 CSUN juniors and seniors foundation and guidance from faculty mentors to conduct research in their field as part of the foundations aim to give underrepresented students a chance at MA’s and PhDs.

The McNair scholars program is in its second year on the campus, and is a national initiative to encourage low-income and first generation students to pursue post-baccalaureate degrees in sciences, social sciences, humanities and education.

It is made possible by a institutional grant of about $200,000 from the Department of Education, said Renee Moreno, program director.

The program is fairly young at CSUN compared to the 20 years Berkeley has been running it, Moreno said.

“I am amazed at how much students grow in the program and how committed to higher education they become,” Moreno said.

Last year, 11 McNair scholars graduated, with nine going on to pursue masters and PhD’s. The program is instrumental in creating young teachers and leader, Moreno said.

The program is open to students holding at least a junior standing, and requires a 3.0 grade point average, U.S citizenship, being first generation or of an underrepresented group, along with a personal statement and research proposal.

The 25 students selected receive a stipend of around $2,800 for research, and receive fee waivers when applying to master’s and PhD program, in addition to a reduced cost for GRE prep courses.

For McNair scholars Martha Martinez, 21, and Darren Esparza, 21, the program has been essential to their paths toward a PhD.

“Without the information and mentoring I’ve received, I wouldn’t have considered applying to a PhD program,” said Martinez, who notes that Mcnair scholars must apply to about eight PhD programs.

“I cannot express how great it is,” Esparza said. “Honestly, without McNair I would have remained clueless about what I needed to do to get into higher education.”

Martinez’s research involves documenting Chicano/a art and Esparza’s involves the semiotic analyses of racial and cultural imagery in advertising. This research is guided by periodic meetings with McNair faculty mentors.

“We have our weekly meetings, but our professors our there for us when we need them,” Martinez said. “I am comfortable coming to my mentor with personal, as well as academic guidance.”

This year’s scholars were taken to UC Berkeley to view the symposium presenting the research of fellow scholars from other universities, providing them with inspiration as well as information.

“We talk to each other and help each other out,” Martinez said. “I asked a fellow scholar with more experience on how to write a research abstract as it was something I hadn’t done before.”

McNair was an African-American physicist who grew up in a poor community in South Carolina. With perseverance, he would come to get his PhD from the Massachusetts Institute of Technology, become an expert in the field of laser physics and the second African-American to go into space.

McNair was aboard the Challenger space shuttle when it exploded. After his death, Congress provided the funding to create the program in his name.