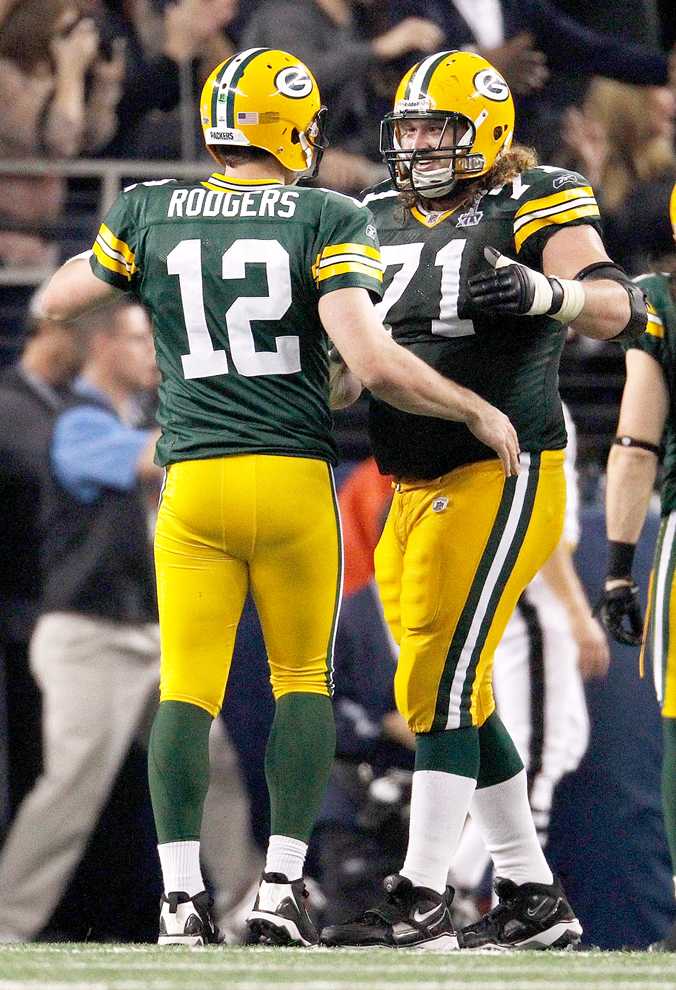 Off to an 11-0 start, the Packers' Aaron Rodgers is on pace to have the best NFL season any quarterback has ever had. Photo Credit: Courtesy of MCT

Green Bay quarterback Aaron Rodgers stands alone atop the rankings of the league’s most prestigious position 11 games into the 2011 season.

Not only is he completely dominating the opposition, he’s on pace to have the best season by a quarterback, ever – surpassing even the legendary years where Tom Brady threw 50 touchdown passes and Peyton Manning went for 49.

Rodgers won’t be slowed down. He’ll have the best season ever by a quarterback.

At 11-0, the Packers show no signs of slowing down with Rodgers at the helm. Offensively, they are unrivaled as they score 34.7 points and average 401.3 yards per game. Rodgers has shown the ability to pick apart any defense thrown his way whether it be man, zone or a combination. He’s completed over 71 percent of his passes for the season and has yet to finish a game with a passer rating below 110.

As impressive as his numbers are, they don’t even begin to describe how good he’s playing. So far, Rodgers has thrown for 3,475 yards, 33 touchdowns and a mere four interceptions. If his numbers continue at this clip, he’s set to throw 48 touchdowns and only six interceptions, approach Dan Marino’s single-season record of 5,084 passing yards and surpass Drew Brees’s record of completion percentage for a season (70 percent).

Throughout the last couple of years, people have been debating whether Manning’s 2004-05 campaign trumps Brady’s 2007-08 year, but after this season – assuming Rodgers continues to play at such a high level – both of those options will take a backseat to what Green Bay’s fourth-year starter is doing.

Manning’s impressive year had him throwing 4,557 yards, 50 touchdowns and 10 interceptions. He completed 67.6 percent of his passes and finished the season with a phenomenal passer rating of 121.1.

Most thought this level of excellence would never be topped.

During the Patriots’ infamous 18-1 season in which New England fell to the Giants in Super Bowl XLII, Brady’s regular season stats went through the roof – he completed 68.9 percent of his passes, throwing for 4,806 yards, an NFL-record 50 touchdowns and only eight interceptions while finishing with a passer rating of 117.2.

To be fair, though, let’s not forget he had Randy Moss on his team, the best wide receiver in the league at the time.

This year, however, Rodgers looks to shatter both these first-class efforts by surpassing, or coming close, to every single one of their milestones.

Rodgers has a passer rating of 127.7 so far this season, the highest ever. He’s also on pace for a touchdown-to-interception ratio of 8-to-1, breaking Brady’s previous record of 6.5.

Rodgers is looking to be the third player in history to pass for 5,000 yards or more in a single season, something Brady and Manning haven’t done.

Sure, he’ll probably be a couple touchdowns shy of either, but his low number of turnovers (he also has yet to lose a fumble this season) and unheard-of accuracy are more than enough to make up for that.

At this point, it’s pretty clear, if Rodgers continues to do what he’s doing, he’s going to have the best year a quarterback has ever had and engrave his name in the upper echelon of elite players.

Does this make his career better than Brady’s, Brees’ or Manning’s? No, but it’s a step in the right direction.

Right now, it’s safe to say Rodgers is the best QB in the league, and would be the first pick of any coach if the NFL were to draft active players right now.