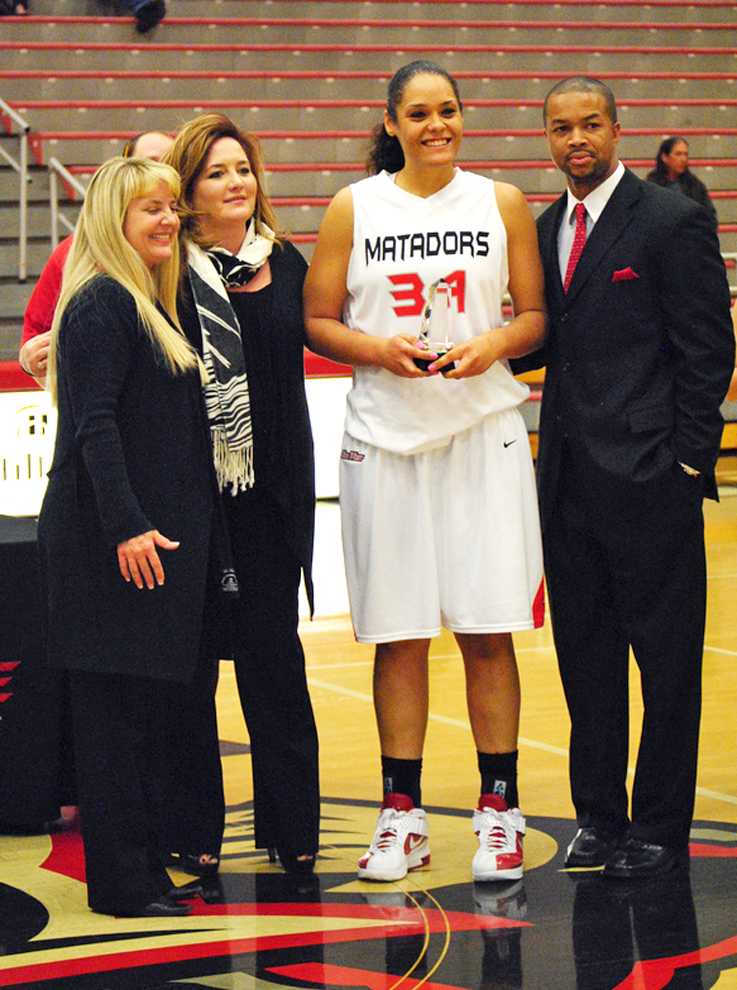 After clinching the Woodland Hills Thanksgiving tournament championship against West Virginia Saturday, the CSUN women’s basketball team is looking to stretch its winning streak to three games as it faces Santa Clara (5-1) tonight at the Matadome.

It was a slow yet close defensive game, with CSUN (4-2) winning 48-47 over the Mountaineers, but the Broncos’ high-scoring mentality will prove to be another test for the Matadors and head coach Jason Flowers.

Defense has been the key to CSUN’s success so far this season and it will need to be on point against Santa Clara, according to Flowers.

“Santa Clara is a very good team offensively, but we’ve been working a lot on our defense this week and getting out and contesting shots,” forward Violet Alama said. “If we play good defense, we’ll be able to stop them.”

The 48 points tallied by the Matadors Saturday night was a season-low. The team is looking to get back into its offensive rhythm.

“What we’ve been going over is not just running our offense, but actually executing it well,” freshman guard Ashlee Guay said. “We’re running the offense, but we’re just not accurate to what we wanted to do. We just need more movement and to follow directions on what we’re supposed to do.”

With an above average field goal percentage comes high scoring. Santa Clara has scored at least 70 points per game, with 93 points being their highest in its season opener against Cal State Bakersfield.

Erving was named Big West Conference Player of the Week Monday, coming off two quiet double-doubles,  scoring 28 points and 24 rebounds combined in two games. Though the senior received the honors from the Big West, her teammates have had difficulty finding her in the paint. It will only be more difficult for her to score when she is matched up with 6-foot-4 center Ruta Zurauskyte.

Shoji has been consistent for Santa Clara, scoring 69 points in the last four games. She scored a season-high 23 points against Long Beach State and has two other 20-point plus games. The Matadors need to watch this guard, who shoots 57.8 percent from behind the arc, which is ranked No. 4 in the nation in three-point shooting as of Monday.

Last season, the Matadors were 2-12 at home. CSUN has already matched that with back-to-back home wins during the Woodland Hills Thanksgiving Classic.