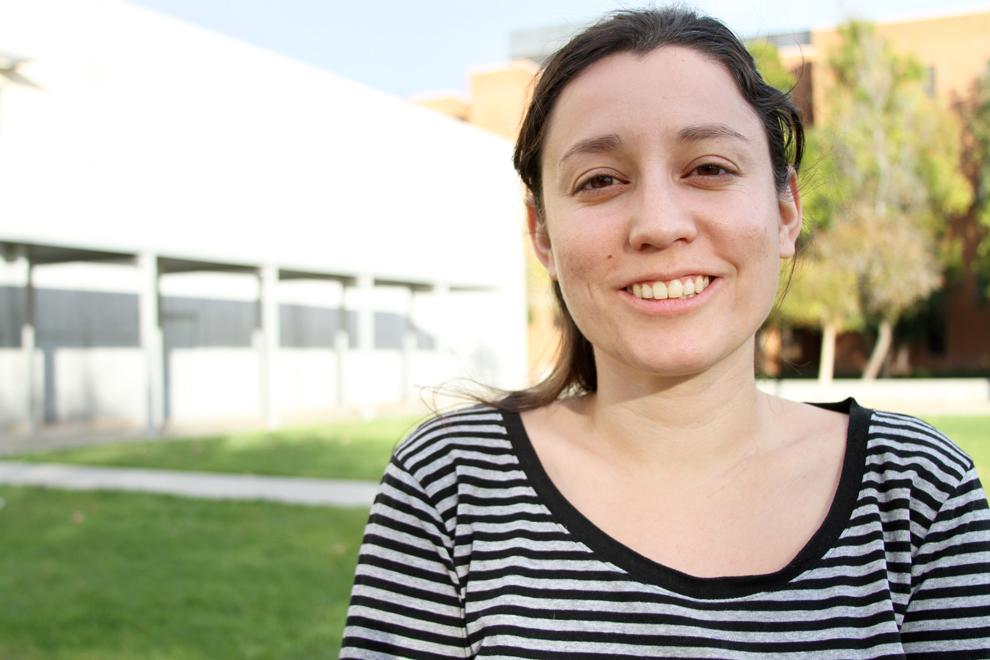 Like many others her age, 26-year-old Kristin Contreras can relate to the book’s themes of uncertainty and exploration after a whirlwind of travels in her early 20s. Newly enrolled as history graduate student at CSUN this Fall, Contreras has taken some detours on her path to get to this point and is determined to learn from her own history.

Contreras spent most of her childhood in Sylmar, although her parents took her out of the local school system and into Village Christian in Sun Valley until she graduated high school in 2004. She attended to Occidental College in Pasadena, where she lived on campus for four years earning herself a degree in history in 2008, and during that time she studied abroad in England.

But after graduation, many students find themselves at a crossroads, just how Contreras felt. She wanted to pursue a master’s degree, but was burned out on school.

Like many in her same situation, she decided to explore again. She experienced life in Ireland for four months in late 2008, where she hoped to work abroad through a program at Occidental. But again, more uncertainty lay ahead.

She lived in a house with two girls and one guy, but they moved out and a couple moved in,  which sounds more like a European reality show than a work program in Ireland. She said it wasn’t  hard to find a place over there as an American.

She needed work, but said she had a hard time finding anything of value in Ireland, considering one of them was Subway. A history major traveling the world wound up behind a counter at a fast food resturant, but was fired within a few months.

After months of unemployment, she found work at a department store. Then her work visa ran out.

Contreras returned to Southern California, Tarzana more specifically, which is where the she has been living since 2010.

Since coming back, she’s volunteered at non-profit organizations in L.A., but most notably, she currently works part time at Rancho Camulos Museum in Piru.  She is being allowed to set up an exhibit, which is rare she said, because people who do that mainly have higher degrees.

But soon, Contreras will have one too, and how she got to that point will be an interesting story.

“I like stories,” she said. “Learning about the past, and how it affects the present. And hopefully people don’t make the same mistakes they usually do.”

Contreras said she’s learned how to live on her own, and that’s given her the confidence to do anything.

That time she worked at Subway in Ireland, well, that’s history.