Jobs in creative industries expected to increase in next five years 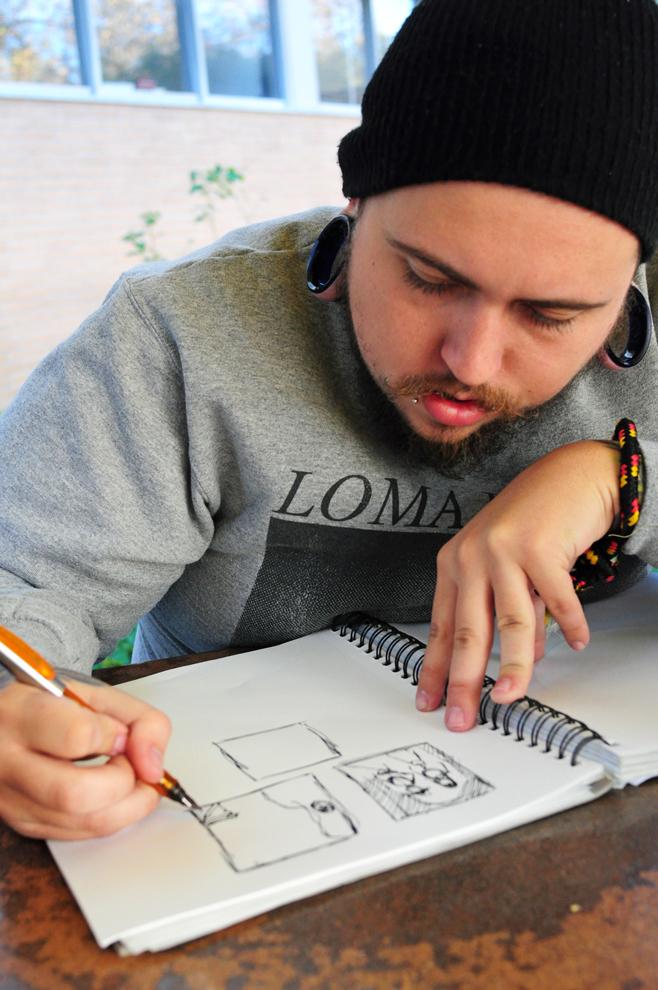 Alex Johnson, 23, Art major with emphasis in Illustration, is hopeful about the prospective job opportunities available to him in his field. Photo Credit: Karlee Johnson / Daily Sundial

L.A.’s creative industry is expected to grow over the next five years, according to a new report.

Direct employment in the creative industries is expected to increase by more than 4 percent, or 13,100 jobs, by 2015, according to the 2011 Otis Report on the Creative Economy of the Los Angeles Region.

“The running joke for art students is that you will graduate and never have a job,” said illustration major Alex Johnson, 23. “But people currently working on a degree will benefit from (this growth), and they’ll probably be better off than people who have degrees now because they’ll have the most up-to-date education, so I feel like I’ll be prepared.”

Students from other departments also feel prepared and comforted to know that they will be entering a job market with more opportunities after graduation.

“It’s nice to know that I’m getting an education that will actually be worthwhile once I get out of school,” said Molly Becker, 21, cinema and television arts major. “The industry is so competitive, and I have definitely worried about the possibility of me not finding a job where I want.”

Professors can also see the potential in the increase of creative field employment.

“With the economy the way it is, I’m really glad that I’m not starting my career under these circumstances,” said Barry Cleveland, professor of theater production and lighting design.

“Any help (in job growth) is good, and 13,000 jobs spread out over Los Angeles is more promising.”

The entertainment industry accounts for 40 percent of creative job employment in the Los Angeles region, according to the report.

This sector pulled in L.A.’s largest amount of creative industry revenue in 2010 with $48.4 billion, followed by fashion at $32.1 billion.

Los Angeles is in a unique position for this growth in creative economy because of the amount of tourism that flows into the city each year, the report found.

“Tourism and entertainment derive their competitive advantage from the ‘L.A.’ brand, which in turn owes its distinctiveness to the creative economy,” the report stated. “Twenty percent of tourists to the region are cultural tourists and are responsible for 30 percent of tourism revenues because they visit longer and spend more.”

Because Los Angeles is known as the entertainment capital of the world, this distinction helps bolster the local economy.

Although Los Angeles’ unemployment rate has held steady at slightly over 12 percent, creative-job seekers said potential growth in the entertainment industry is enough to keep them in the Southland.

“I thought about moving somewhere else throughout my college career because I’ve heard of other people having luck in other cities,” Becker said.  “But now all of my friends in film across the country are moving to Los Angeles for work.”

Cleveland said his students have been able to find work in Los Angeles, but it is making ends is still a problem.

“Everybody’s looking for a master electrician,” said Cleveland, who previously worked in Los Angeles theater. “You can find all the work you need, but you’re going to starve to death while you do it because the field doesn’t pay well in the first place.”