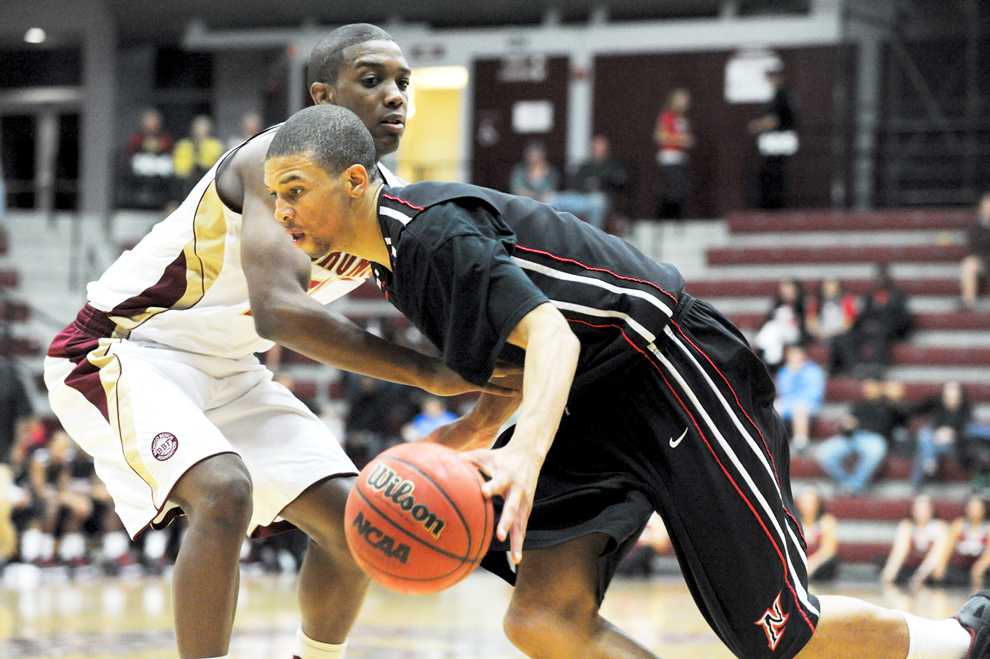 The Matadors started off the year cold offensively, and seven games into the season, they still haven’t shaken their shooting woes.

After a 71-58 loss to Santa Clara Saturday night where CSUN shot 30.6 percent from the field and 29 percent from downtown, the Matadors’ shooting percentage has now dropped to 34 percent for the season.

“I feel like we’re just taking quick shots,” said senior guard Vinnie McGhee. “We come down, and in two or three passes, we’ll shoot a quick shot, and that puts a lot of pressure on our defense because they’ll come back down and attack us.”

“We didn’t make shots, we took bad shots. It’s a combination of both,” added CSUN head coach Bobby Braswell. “We’re not a very good 3-point shooting team, and for us to take 31 (against Santa Clara), that’s way too many shots. We’re just settling.”

Northridge made only nine out of its 31 3-point attempts Saturday night and have only made 22.6 percent (36 of 159) for the season.

CSUN’s young team is struggling from the field and, as a result, it’s struggling to win games. At 1-6, the team is desperately seeking for a leader to rally behind.

“We got some guys with good leadership,” Braswell said. “The problem is that a guy like (McGhee) should be one of our leaders, but he’s struggling a little bit. He’s not necessarily giving us the leadership that we need, so we have to get him to play better and give him a little bit of confidence.

“We are not a very vocal group, or a very strong group. Stephan Hicks right now has by far had the most positive year for us. You really want your leaders to be your best players, and (Hicks) is about as quiet as they come.”

Hicks, a freshman, is leading the Matadors in scoring and rebounding as he averages 17.4 points and 9.0 rebounds per game.

The Matadors have one of the youngest teams in the country as they currently have seven freshmen and six sophomores on their roster.

The Matadors were shorthanded against the Broncos as they were without the services of sophomore forwards Thomas Jacobs and Frankie Eteuati.

According to Braswell, Eteuati was suspended indefinitely for missing practice and has not made a decision on when he’ll be back on the court. Jacobs was suspended for attitude and behavior “not  common of a member of our basketball team.”

“I always enjoy coming back home and playing in front of my family,” McGhee said.

The McGhees were seen holding up cutout faces of the guard.