Using drugs to get through school 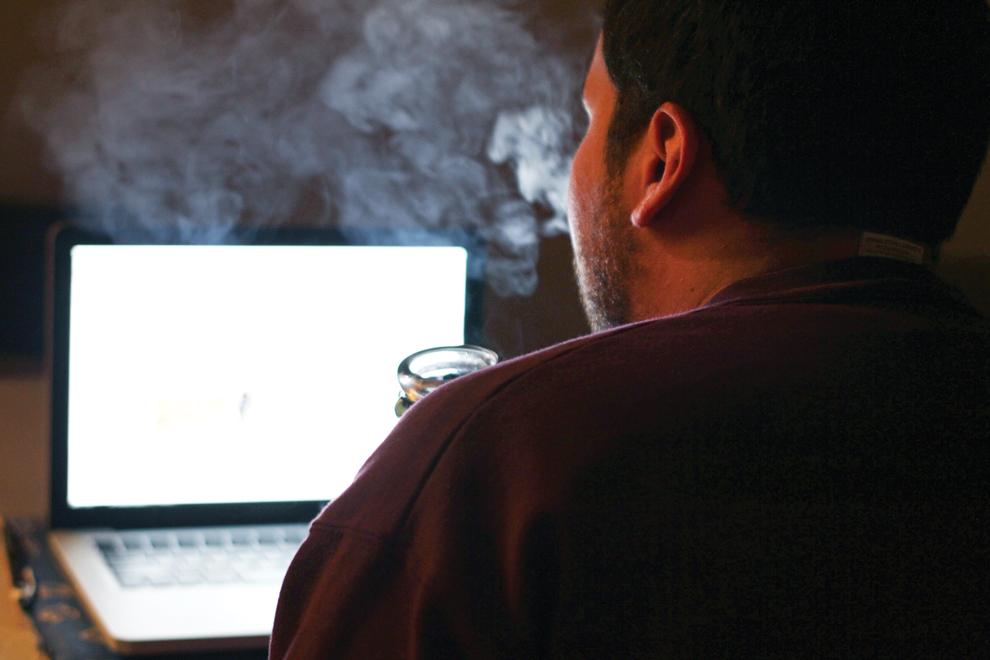 Students across the country use illegal and legal substances to concentrate in college. A CSUN student, who preferred to stay anonymous, said he takes a hit before sitting down to study. Photo Illustration by Tessie Navarro / Visual Editor

Drug users are often stereotyped as party goers or addicts, but what might be surprising is that some students, like one CSUN senior – who chose to remain anonymous – actually use drugs to help them buckle down and get through their school work.The journalism major student first used marijuana recreationally when he went to school in Long Beach.  He would smoke during some free time and was reading a book. After noticing how deeply he got into the book, and how fun it was to read, he noticed the potential for using marijuana in school.

Instead of making him feel groggy and distracted, he said cannabis helps him cool down and study.

“(I like to) snap a few bowls before the day starts, go to class, have a great time in lecture, answer some questions in class; (it) makes class interesting,” said the 24-year-old journalism student.According to the National Institute on Drug Abuse, marijuana can affect judgement, memory and perception.

“I can’t recommend taking any drug that is not prescribed to you,” said Dr. Mark Stevens, Director and Psycologist of CSUN’s University Counseling Services. He described taking drugs without a prescription as potentially dangerous.

If a student on financial aid is convicted of a drug offense, he or she will become ineligible for financial aid, according to the U.S. Department of Education.

Although medical cannabis use is legal in California with the use of a “club card,” as the student calls it, it is technically a federal offense.

However, there is evidence of the potential for cannabis. In a study published by PubMed, patients with schizophrenia who used marijuana regularly performed better on cognitive tests than non-users. This suggests that, in some cases, with proper use for the proper people, using the drug can actually increase intelligence.

When students struggle in school, they are sometimes prescribed drugs like Ritalin and Adderral.

While these drugs can be effective in helping students with Attention Deficit Disorder to focus, they are highly controversial and can have undesired side-effects.

Ritalin works by stimulating the activity of dopamine and noradrenaline in certain areas of the brain relating to focus. According to the U.S. National Library of Medicine, Ritalin, or Methylphenidate, can potentially cause some of a whole host of side-effects, including nausea, restlessness, irregular heartbeat, depression and hallucinations.

According to the National Center on Addiction and Substance Abuse, the prescription drugs teens and young adults most commonly abuse include Ritalin and painkillers, such as OxyContin, Percocet and Vicodin.

The journalism major said that Ritalin and Adderral are too intense for him and not worth the benefits.

“I’ve tried Adderall before, like it was cool, like super-focus, but I couldn’t handle the fact that I couldn’t sleep afterwards,” he said.

“There (are) other people walking around, they’re trying to sell Addy (Adderral), Ritalin,” said the journalism major. “That’s coming around our way, and I just tell ‘em to keep walking.”

Dr. Stevens warns against getting drugs like Ritalin and Adderall from “street” sources, outside of the prescription of a professional doctor. There are tests that patients have to go through before getting a prescription, and purchasing these drugs from someone not licensed to dispense them can mean that the drug is not right for you.

When the journalism major started using marijuana before some of his classes his academic performance improved so much that his cumulative Grade Point Average went from 2.2 to 2.9.

The student suggested that it is important to have experience and understand cannabis before diving into it, especially in regards to your school work. He said he also sets a weekly budget of $20 for weed to make sure that he does not overspend.