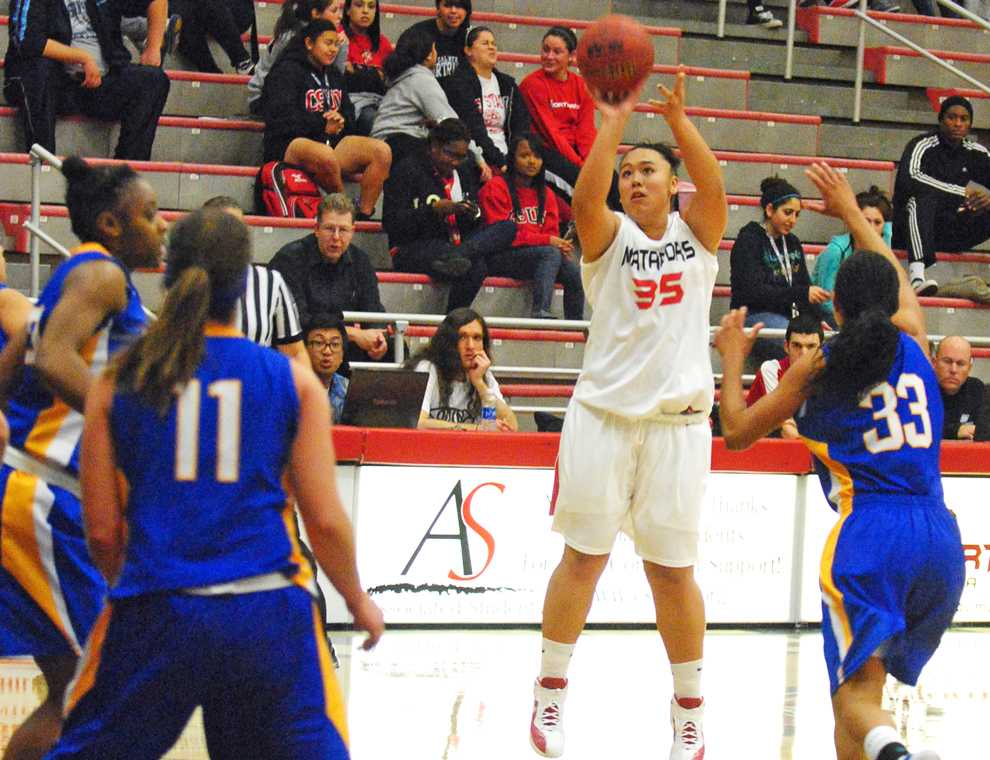 On a night where nearly every Matador player scored, CSUN made it rain from beyond the arc as they routed San Jose State 85-55 Wednesday night at the Matadome.

The Matadors (5-4) have struggled against the zone defense in the past, but against the Spartans (1-8), CSUN used its defensive strategy as an advantage.

“It’s part of our growth,” head coach Jason Flowers said, whose team snapped a two-game losing streak. “At the beginning of the year, we played some teams that played zone against us and we struggled. Tonight, we did a better job of executing and our kids are getting a better understanding of what we need to do to be successful offensively.”

“I think our guards definitely stepped it up big time in this game,” Erving said. “Not only did we have good 3-pointers, we got the ball inside and shot a lot more free throws than we did against Pepperdine.”

The Matadors held San Jose State to just 55 points on 35.1 percent shooting and forced 20 turnovers. Northridge also held opposing forward Brittany Johnson, who came into this game averaging 19.3 points per game, to 12 points on 5 of 16 shooting.

CSUN freshman center Camille Mahlknecht had a career night as she hauled in 13 of Northridge’s 60 rebounds and blocked four shots.

“I was just trying to be aggressive,” Mahlknecht said. “Coach told us we would have a height advantage so I just took advantage of that. Crashing the glass every time was my goal and I was glad I could be effective.”

“My previous three years on the team, we could never say we had a bench we could rely on,” Erving said. “This year, we definitely  have more people that can come in the game and help us out. Any night, anyone can have a big game, everyone on our team is capable of scoring. Multiple people on our team scored in double figures, and it’s refreshing to know that all of our teammates can get the job done. ”

“It shows how deep we are,” Mahlknecht added. “It shows that any given night any player can step up and really contribute and I love that. I love that every player is good to go.”