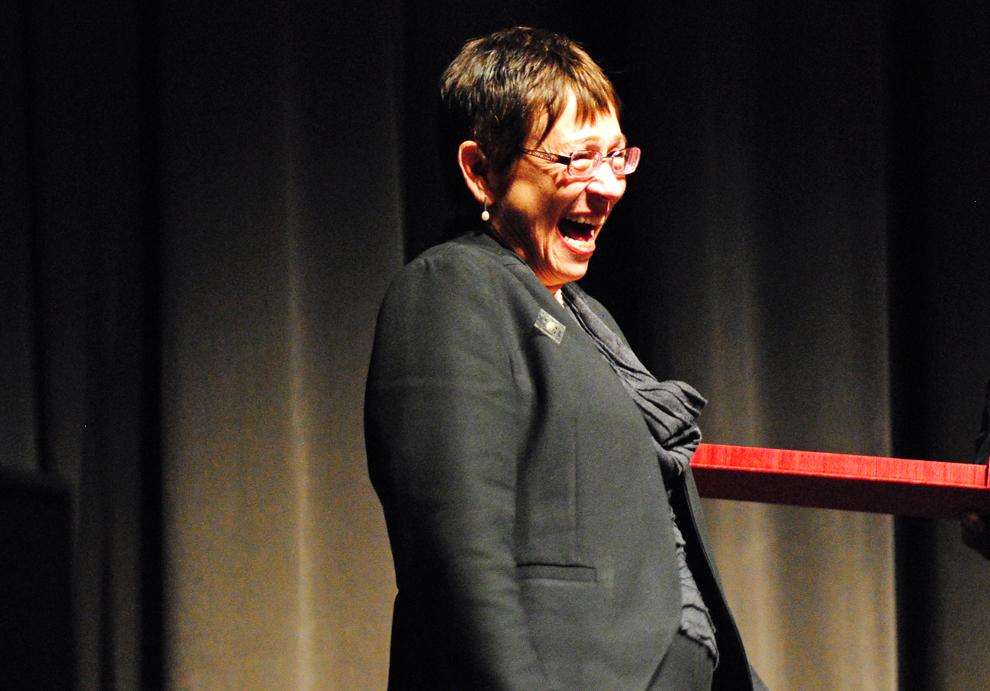 A farewell tribute was held for outgoing CSUN President Jolene Koester on Nov. 9 at the Valley Performance Arts Center.

Koester, who is retiring in December after 12 years of service, was appointed July 4, 2000, and is seen as the catalyst for academic and on-campus changes by her colleagues.

“As someone who started here as a student and went on to be a faculty member, I can say how much this campus has grown, especially under the leadership of Dr. Koester,” said William Watkins, vice president of student affairs. “She has shown us excellence and growth are still possible.”

Professor Steven Stepanek, faculty senate president, has been part of CSUN for over 40 years and said Koester has always been personable and accessible to all members of the community, whether student or faculty.

“Koester has always been available to answer any questions students or faculty members may have,” Stepanek said. “She regularly walks around campus, going from building to building, talking and visiting with faculty.”

After a brief video that recapped and praised her presidency, a teary-eyed Koester took the stage and thanked everyone for making her time as president so great.

“This is a very proud, sad and sweet moment for me,” Koester said. “This experience has been the most satisfying professional experience I could have ever hoped for. We are at a place of amazing vitality, and we have something very special here.”

Watkins said the physical changes the campus has undergone over the years – the most notable upgrade being the VPAC – are the capstones of Koester’s presidency, but Koester said her colleagues also deserve credit for the campus’ transformation.

“I’ve been credited for accomplishments that belong to others,” Koester said. “CSUN changed due to a collaborative effort, everyone pitched in – faculty, staff and even students.”

Lionel Lawrence, the assistant director of CSUN accounting and financial services, attended the tribute and said Koester’s presence will be missed.

“The past 12 years have been a change for the better,” he said. “Koester has made Northridge the focal point of the Valley. She did a great job at making students focus more on their studies rather than the fee increases.”