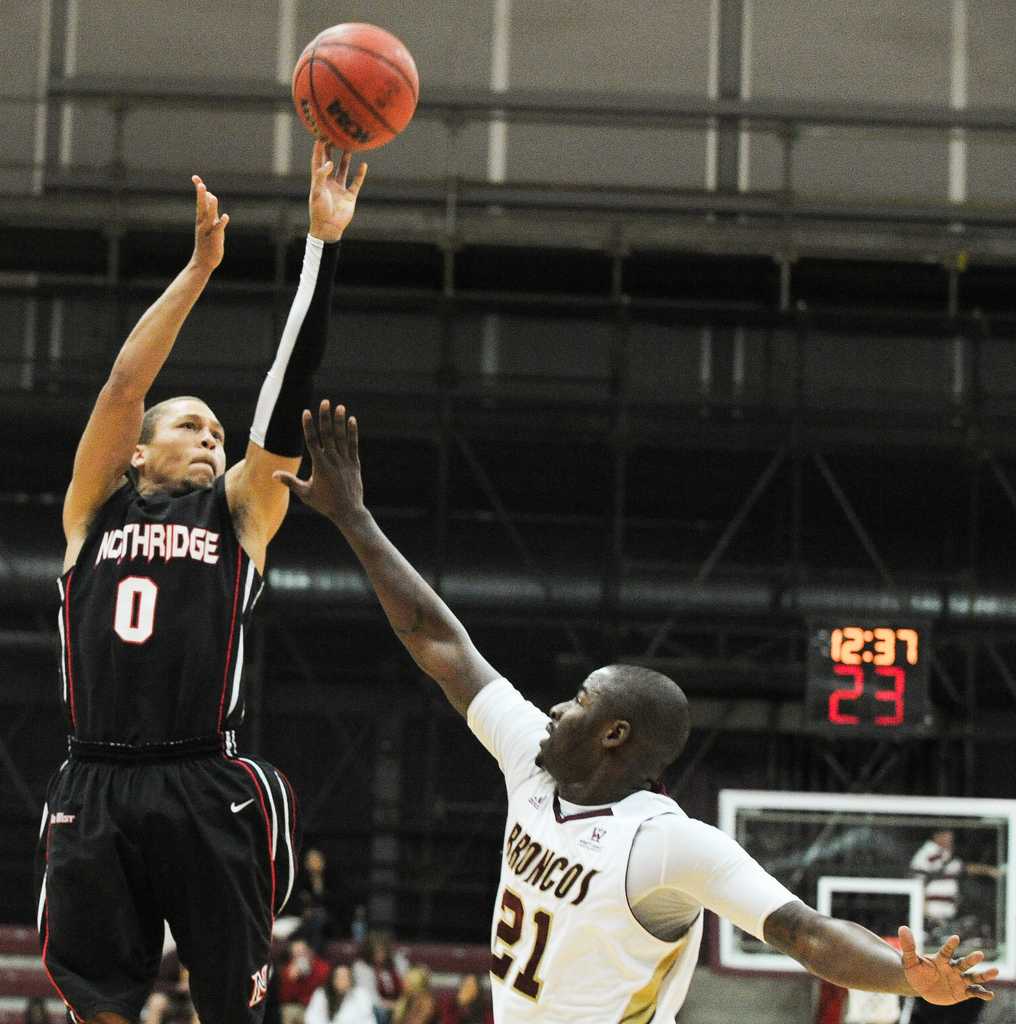 CSUN guard Josh Greene scored all 15 of his points after halftime, helping the Matadors turn a 12-point first-half deficit into a rousing victory. The Matadors (2-6) trailed 24-16 after a layup by Pepperdine’s Taylor Darby with 6:01 left in the period.

The Matadors went into halftime trailing 30-24. Less than four minutes into the second half, they were ahead. A game-turning 10-1 run put CSUN ahead 34-31 with 16:12 to go and forced the Waves to take a timeout.

CSUN held its biggest lead of the night after point guard Aqeel Quinn drained a jumper to make it 62-51 with 3:49 left in the game.

Pepperdine made two 3-pointers in the last 20 seconds of the game, but CSUN iced the game at the free throw line.

The Matadors, who have struggled on offense all season long, had a better outing from the field on the night and made 20 of their 44 field goal attempts (45 percent). CSUN had four players score in double-figures: Hicks, Greene, Quinn (17 points) and Vinnie McGhee (10).

CSUN also made seven of 17 three-point attempts. The Matadors allowed the Waves to shoot 45 percent from the field, but limited them to only 22 trips to the free throw line. CSUN had 33 free throw attempts and made good on 26 of them.