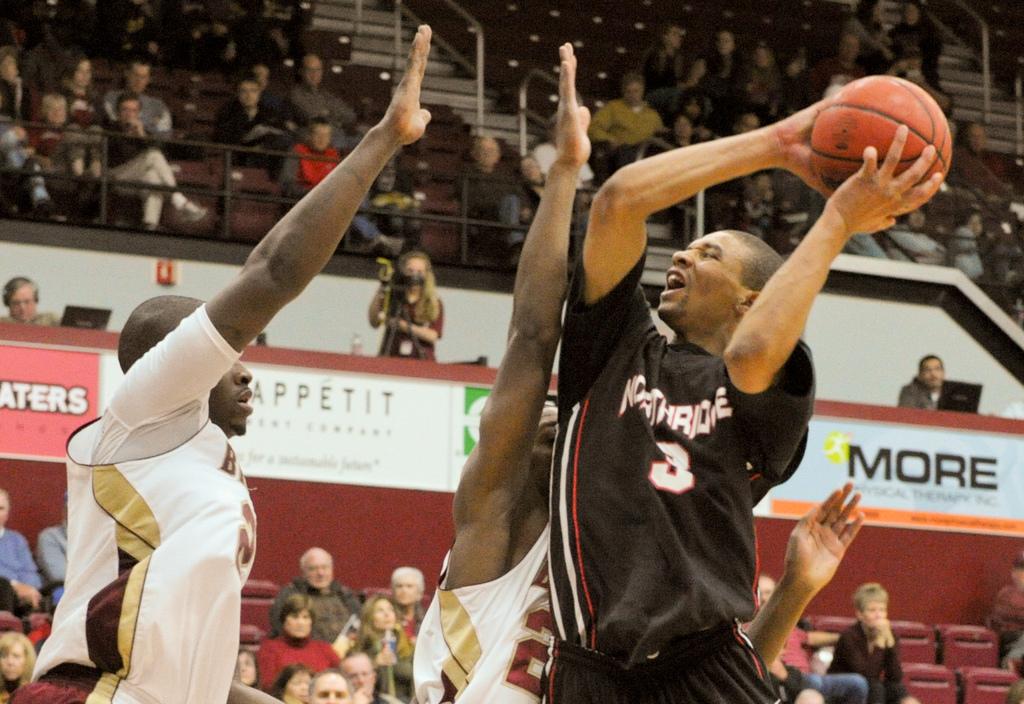 There were less than 20 minutes to go until tip-off of what eventually became a 99-58 CSUN win over Pacifica College Saturday night at the Matadome when CSUN head coach Bobby Braswell received some alarming news.

Pacifica didn’t have enough players to start the game.

“They were telling me, ‘Coach, they only got four players here.’” Braswell said. “My stomach was turning.”

Fortunately for the sake of Braswell’s nerves, two more players made it just in time (driving themselves, it seemed) to start the game, one that was surprisingly close in the first half.

A Pacifica team that wasn’t only undermanned but also undersized and that probably should have been spotted a 10-point advantage to start the game to balance things out only trailed 42-34 going into halftime.

The Matadors (3-6) had outrebounded Pacifica 28-6 while using 11 available players, but 14 turnovers and poor defense had kept the pesky Gladiators (2-12) in it.

“We were being careless with the ball,” said CSUN guard Josh Greene, who had 15 points and 11 assists. “We kind of played to their strength and they got a lot of layups on us.”

Fueled by Braswell’s challenging words at halftime, the Matadors turned up their defense and limited the Gladiators to 27.3 percent shooting in the second half. CSUN also took care of the ball and only committed two turnovers in the period.

Against the modest Gladiators, that was enough to turn a close game into a massacre. The Matadors outscored Pacifica by 33 in the closing half, turning in their biggest winning margin of the year and getting on their first winning streak of the season.

Greene said the Matadors had to overcome a “psychological side of the game,” one in which he knows his team is supposed to defeat a limited squad like Pacifica with great ease.

“You have to be professional about it and not take anything for granted because you have to have respect for the game that you can still lose,” Greene said.

Guard Stephan Hicks led the Matadors with 18 points and 10 rebounds. Five other players scored in double figures for CSUN, including newly-added, longtime Matador forward Michael Lizarraga (10 points), who earlier this week was granted a season of competition waiver.

Quincy Spencer, one of Pacifica’s six players who suited it up from the beginning, led all scorers with 22 points.

In the end, not even adding two extra players at halftime (yes, that really happened), could do much for Pacifica to avoid fatigue and succumb before the Matadors’ suffocating Division-I defense on this uncommon night.

“Thank God, (Pacifica) ended up with eight players,” said Braswell. “I know they had six guys at the beginning. That was a little nervous time for me.”