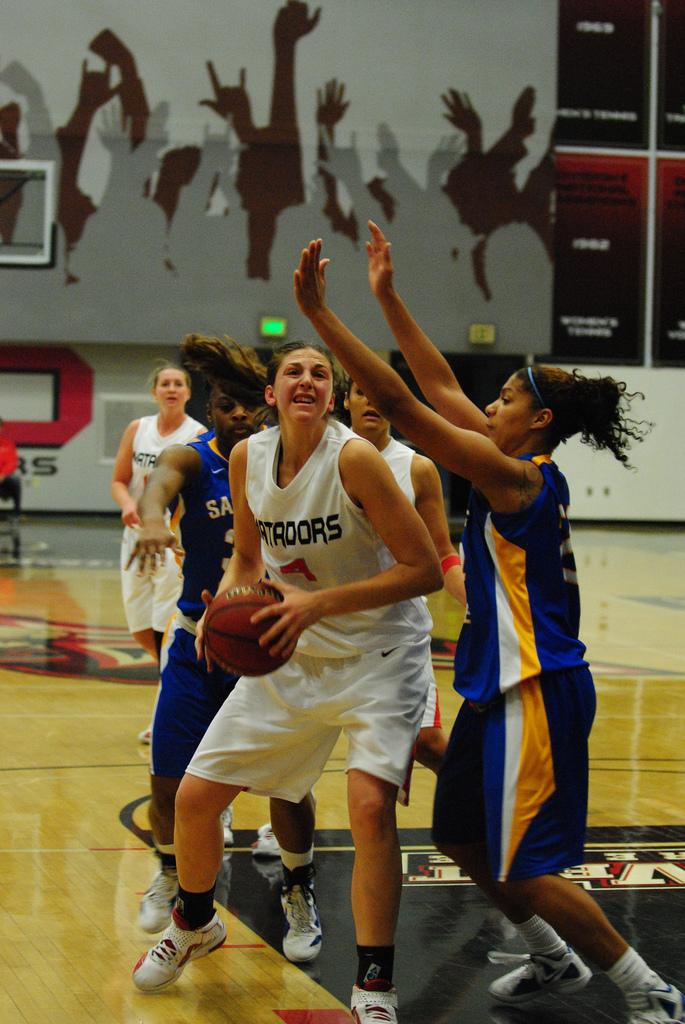 Despite mounting a furious comeback in the second half, the Matadors (5-6) let poor 3-point shooting and offensive rebounds bury them as they fell 79-75 to Oregon (9-3) Monday night at the Matthew Knight Arena.

Down by 15 with 12:00 left in the game, CSUN came charging back as it capped off an 11-0 run with back-to-back buckets by senior center Jasmine Erving.

But the tide eventually turned back to Oregon’s favor as the Ducks capitalized on the offensive glass. Northridge allowed them to haul in 48 total rebounds — 22 of them being on the offensive side of the ball — compared to its 37.

“As of late, we’ve done a pretty good job of outrebounding the opposition, but we didn’t take care of it tonight,” said CSUN head coach Jason Flowers. “Rebounding is a fundamental aspect of the game. It’s about working hard and getting a body on someone every possession, but we were unable to do it well tonight.”

The Ducks’ most crucial offensive board came when the Matadors where down by 3 with 0:55 left in the game. Guard Laura Stanulis pulled down her own 3-point miss and allowed Oregon to take an additional 30 seconds off the clock, leaving the Matadors with a shortened final possession to tie things up.

“Rebounding is a big thing we work on everyday in practice, but we let some crucial ones go tonight,” said Erving, who led Northridge in rebounding.

Even though the Matadors shot just 3-of-17 from downtown, they performed better than they normally do on offense. Coming into this game, CSUN was shooting 38 percent from the field, but Monday night, led by freshmen guards Ashlee Guay and Janae Sharpe’s 13 combined assists, they shot 42 percent.

Erving scored 29 points on 13-of-23 shooting, leaving her just one point shy of moving into fifth place on the Northridge’s all-time scoring list.

“I think our guards did a great job of feeding the post,” Erving said. “Not just to me either, they fed the high post and got the ball inside when needed.”

“We just executed and did what we were supposed to do,” added Guay  “We did our best to get the ball to Erving down inside and we tried to penetrate and kick out to shooters as well.”

Down by three with 17 seconds left, Erving missed a 3-pointer, but freshman guard Randy Freiss corralled an offensive rebound and cut the lead to one. The ensuing foul to stop the clock sent Oregon to the line in a one-and-one situation and guard Loera Jordan missed a free throw that fell into the arms of CSUN forward Jessica Duarte, who promptly called a timeout — one Northridge didn’t have.

A technical foul was assessed. The Ducks got two free throws and the ball, effectively ending the game.

“That’s completely on me,” Flowers said. “I didn’t relay the message to the group clearly. It’s my responsibility to let everyone know our timeout situation.”