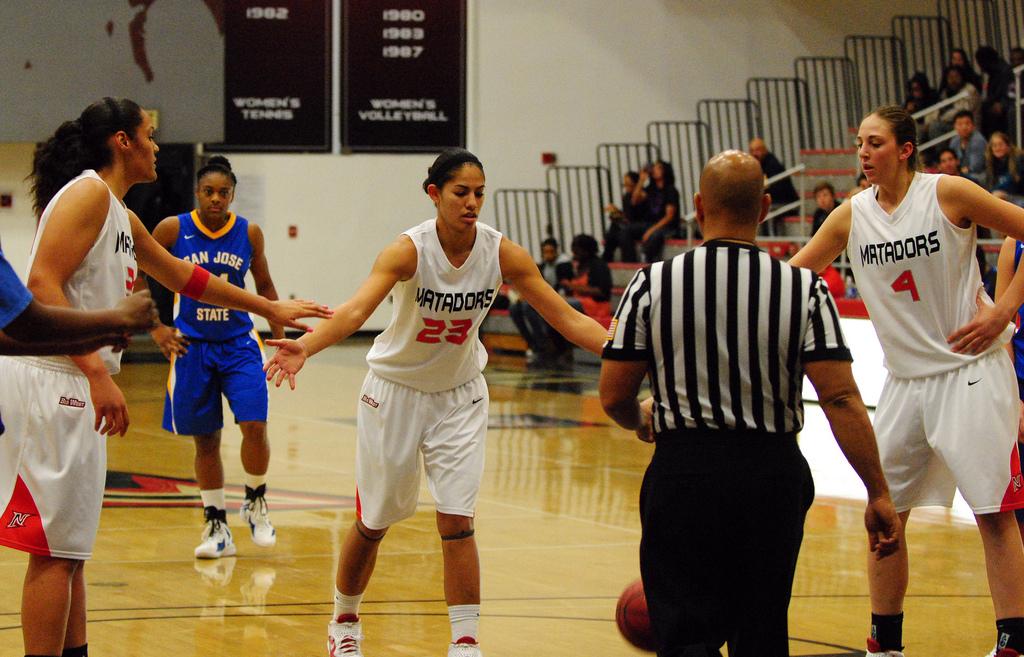 Regardless of a double-digit halftime lead, the Matadors (5-7) failed to close out the Pilots (7-7) as they crafted a come-from-behind victory Wednesday night at Earle A. Chiles Center.

Led by its defense, which held Portland to 31 points on 36 percent shooting, and senior center Jasmine Erving’s 10 points, Northridge walked off the court at halftime with a 42-31 lead, looking to run away with the game and end its two-game losing streak.

Instead of continuing its defensive intensity in the first half, CSUN fell apart and allowed the Pilots to start the second half with a 17-8 run, which eventually paved the way to their 73-66 victory as they scored 42 points on 52 percent shooting.

“Our lack of effort caused us to breakdown defensively,” CSUN junior forward Violet Alama said, who finished the game with a solid outing of 11 points (4-of-5 from the field), five rebounds and four assists. “We were helping each other in the first half by scrambling and contesting shots, but we went away from that in the second half.”

Northridge didn’t fare much better on the offensive side of the ball either as they compiled 20 turnovers and only put in 24 points the entire second half on 35 percent shooting.

“It’s all about consistence,” CSUN head coach Jason Flowers said. “We show flashes of knowing what we’re doing, of being good, and of executing well, but for whatever reason, we can’t figure out how to close games.”

“We lacked confidence as a team,” Alama added. “We had a lot of open shots that we didn’t shoot.”

The Pilots were led by forward Natalie Day, who led the game in points (27) and rebounds (11) and guard ReZina TecleMariam, who filled up the stat sheet with 11 points, nine rebounds, six assists and six steals.

“Anytime we play a good player, we try and talk about their tendencies,” Flowers said. “A lot of (Day’s) points came off offensive rebounds, and with a player like that, it’s about stepping up to the challenge, and we didn’t do that tonight.”

“Defensively, we didn’t come out with intensity,” CSUN freshman guard Janae Sharpe said. “We weren’t as aggressive as we should have been.”

The Matadors were pounded on the glass for the second game in a row as Portland hauled in 42 (20 offensive) rebounds to CSUN’s 29. Matador center Erving, who came into this game averaging nearly nine rebounds per game, finished the game with just two boards and shot 7-of-19 from the field to finish the game with 15 points.

“It’s not all her fault,” Sharpe said. “As a team, we should have stepped up and helped her out on the court.”