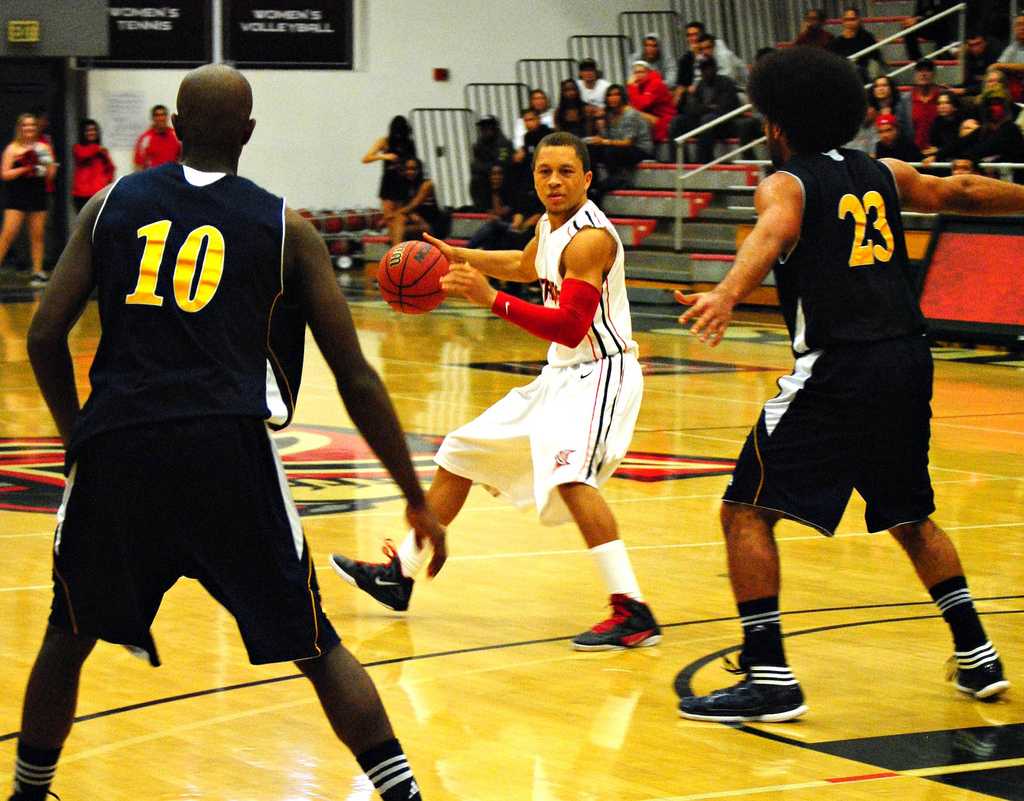 CSUN guard Josh Greene has seen what the Matadors are capable of doing when they click. Thursday night against UC Irvine, he saw it again. But for only one half. Again.

“If we put together two halves, then we can be pretty good,” Greene said.

What was a tale of two different halves against the Anteaters was the tale of the season for the Matadors, who lost 71-62 at the Matadome. CSUN dug itself a big hole to start the game, went on a huge rally in the second half, and fell short.

Continuing the trend of their last four games, the Matadors (3-8, 0-1 Big West) came out slow from the get-go against UCI. Unable to make any shots to counter the unexpectedly hot Anteaters, CSUN fell down by double digits within the first 10 minutes of the game.

CSUN went into halftime trailing 43-24, shooting 24 percent from the floor and allowing the Anteaters to make 48 percent of their shots.

“That first-half effort wasn’t good at all,” CSUN guard Aqeel Quinn said. “We play better than that.”

There was nowhere to go but up in the second half, and the Matadors responded. CSUN hit three consecutive 3-pointers on the back end of a 28-12 run to pull within three points (55-52) of UCI with 6:33 to go in the game.

The run included a span of eight minutes in which UC Irvine was unable to score as the Matadors’ defensive intensity rose.

“I wish we had that effort in the first half,” CSUN head coach Bobby Braswell said.

Unfortunately for CSUN, that’s as close as things would get. Following a back-breaking 3-pointer by Anteater guard Derick Flowers (who led all scorers with 21 points) with 4:29 to go, order was restored. UC Irvine led 60-52 and the tired Matadors’ shots stopped falling.

“(The deficit) took a lot of energy to get out of it and we just ran out of gas,” Braswell said.

The Anteaters shot only 35 percent in the second half. CSUN, which was led by guard Stephan Hick’s 17 points, upped its aim to 46 percent in the period.

The Matadors hurt themselves by missing nine of their 20 free throw attempts. All of their 11 makes came from Hicks, who was 11-for-14 at the line.

UC Irvine made 21 of its 28 attempts. Not only that, but it also made eight of 19 three-point tries. CSUN tried to counter by hoisting up 31 attempts, but only made nine of them.

Braswell was displeased with his team’s high number of long-distance field goals. He called it “settling” on offense. The Matadors had 61 field goal attempts total, meaning more than half their total shots were 3-pointers.

“We shot way too many threes. We aren’t that good,” Braswell said. “We aren’t good enough to be shooting that many threes. That’s just settling. We call that the easy way out.”

In the end, it was the slow start again what doomed the Matadors in their Big West Conference opener. Braswell said he will need to change lineups to get his team to be more “defensive-minded” in the first half.

“We got to find a way to start better,” he said.