Women’s basketball: Matadors off to 2-0 conference start with win over Highlanders 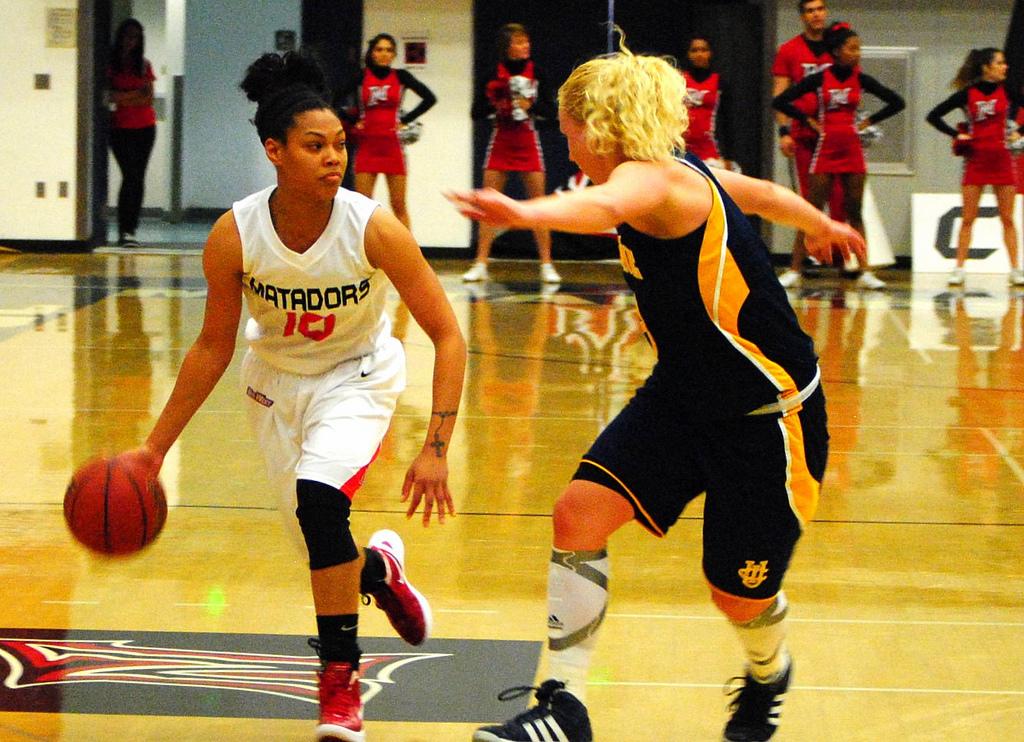 Despite being outrebounded for the fourth game in a row, the Matadors (7-7, 2-0 Big West) continued their defensive prowess at home as they held UC Riverside (2-11, 0-2) to 33 percent shooting Saturday night in a 63-55 victory.

Also for a second consecutive game, CSUN struggled offensively but pulled out a win by stifling its opponent on the defensive end. Northridge not only caused the Highlanders to shoot a low percentage from the field, but it also forced 25 turnovers – which led to 27 points – and tallied a combined 15 steals and blocks.

Offensively, the Matadors shot just 32 percent, but where they really found their stroke was from the free throw line. Northridge shot 30 free throws throughout the game, and connected on 77 percent of them.

Led by freshmen guards Janae Sharpe and Ashlee Guay, who put up 15 and 10 points respectively, and freshman forward Jessica Duarte’s career-high 19 points on 6-of-15 shooting, CSUN held off a late 8-0 run by the Highlanders. The run cut CSUN’s lead to just five with 2:24 left in the game.

The game marked the second time in a row a freshman player had a career night of 19 points. On Thursday night against UC Irvine, it was Sharpe breaking her previous career high of 15 points as she led CSUN to victory oner the Anteaters.

Junior forward Violet Alama, who missed a double-double by a single point, led the Matadors in rebounding with 11. Duarte and Sharpe also helped out, combining for 15 rebounds of their own.

CSUN’s leading scorer and rebounder, senior center Jasmine Erving, logged only 11 minutes and finished the game with four points on 2-of-9 shooting and three rebounds.