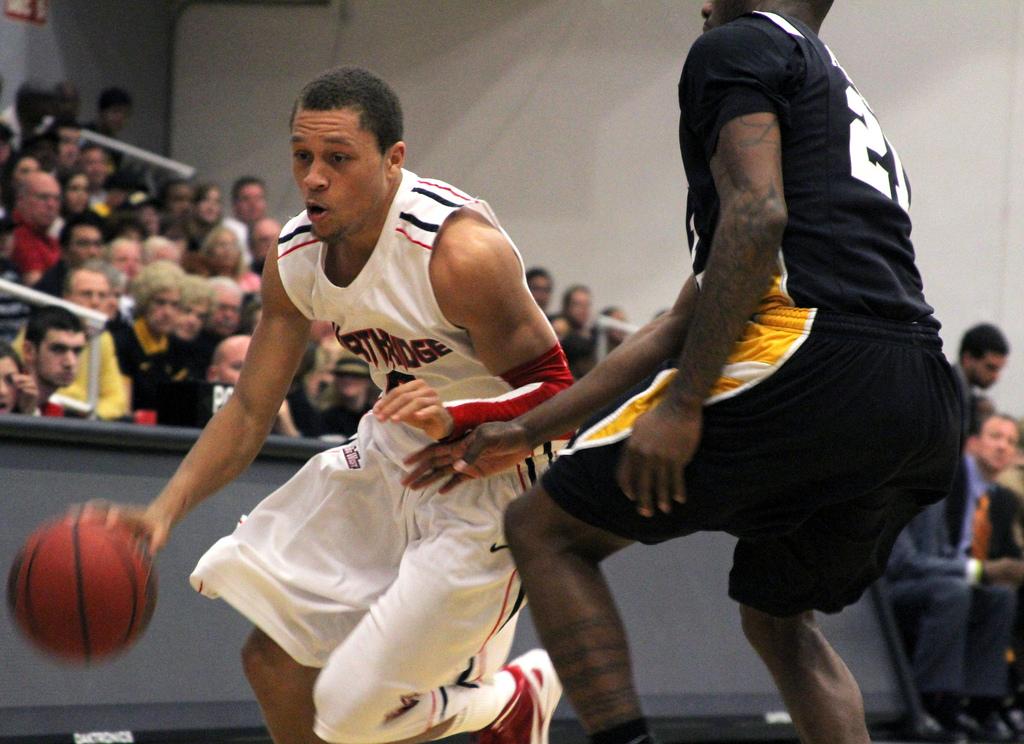 With CSUN head coach Bobby Braswell feeling under the weather, assistant coach Danny Sprinkle was in charge as his team faced an opponent who is on a seven-game losing streak.
As both teams took the court and Pacific went on an 8-0 run with 13:17 left in the first half, it was clear the team the Matadors were facing weren’t playing like they had lost their last seven games.

“I think offensively, it was just one of those nights for us,” Sprinkle said. “We had some good looks and we just didn’t make shots.”

“I take this loss as my responsibility because we’re not supposed to play like this,” CSUN guard Josh Greene said. “I feel that it is my job that guys are playing with the right energy, playing with emotion, just playing with pride.”

The Matadors had difficulty penetrating Pacific’s zone defense, scoring 24 points in the paint. CSUN was forced to shoot 24 shots from behind the arc, but only scratched from that distance six times. Greene was 1-of-7 from downtown and had an off-night as well, shooting 2-of-11 for the game.

“I thought we just settled (on jumpers) a lot on offense,” CSUN forward Stephan Hicks said. “We really didn’t attack the gaps.”

Hicks had a solid game, with 18 points and 10 rebounds. But his effort wasn’t enough for a victory. The forward was the only player for CSUN who scored in double figures. Guard Aqeel Quinn was the second-highest scorer with eight points.

Greene couldn’t find a basket in the first half, only tallying one steal and a turnover for the first 20 minutes of play. He eventually found his first basket in the beginning of the second half, nailing a three pointer with 18:48 on the clock.

CSUN went cold for nearly eight minutes without a field goal in the first half. Within that period, the Matadors scored just two points from free throws. Hicks eventually put an end to the cold streak with a mid-range jumper with 5:27 left on the clock.

Pacific forwards Travis Fulton and Ross Rivera carried the Tigers on offense. Fulton had 23 points, five rebounds and two assists while Rivera racked 21 points, shooting 7-of-9 from the field and 7-of-9 from the charity stripe.

The Matadors look to complete their home stand with a win against UC Davis Saturday night at the Matadome.

“These guys are young enough and resilient enough,” Sprinkle said. “I think that they know that we didn’t play well tonight and I think they’ll respond.”