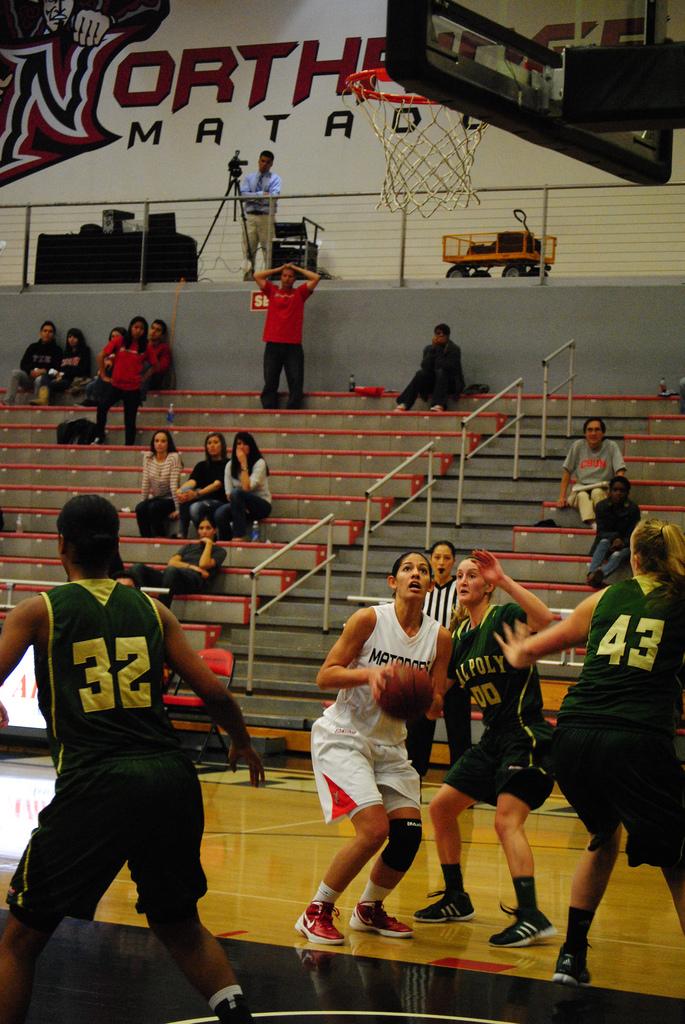 The last two games for the Matadors had been close. Coming back from a 13-point halftime deficit to beat Pacific and a three-point shootout in its victory against Cal Poly, CSUN was getting good at winning close games in the Big West Conference.

With this loss, the Matadors still remain in first place in the Big West, now tied with UC Irvine.

Though CSUN sits atop the Big West standings, head coach Jason Flowers remains calm and focused on the rest of the season.

“We need to play the way we’re supposed to play every day regardless of what our record is, regardless what the opponent’s record is,” he said. “We need to do the thing that we need to do to be successful. It’s going to be a matter of being tough and bouncing back and taking care of business. It’s only one game in the grand scheme of things.”

Flowers has always made defense a priority for his team, but after playing for 45 minutes, fatigue sets in and errors occur.

“We had defensive breakdowns and that probably cost us the game,” guard Janae Sharpe said.

The Matadors struggled from the field, only shooting 31.1 percent, but the team stayed aggressive and free throws kept the Matadors in the game.

In the first half, Northridge was 14-of-15 from the line, followed by a 10-of-15 performance in the second half. But in the overtime periods, the Matadors were 3-of-8. Sharpe, who was 11-of-14 from the charity stripe, missed two free throws late in the first overtime period that allowed UCSB guard Kelsey Adrian to make a game-tying three-pointer to send the game into double-overtime.

“I wasn’t using my legs and we went into two overtime periods, so your legs get weak,” Sharpe said.

Unlike its strong offensive performance against Cal Poly, CSUN and UCSB both started the game cold. Both teams were 1-of-6 in the first five minutes of play.

It would be nearly eight minutes until the Matadors found their third field goal of the game, from a layup from guard Ashlee Guay. But within the scoring drought, CSUN found its way to the line on numerous occasions and was the reason why they remained within striking distance of the Gauchos.

“One thing that we’ve done a pretty good job on all season is getting to the free throw line,” Flowers said. “That’s part of the game plan every day. We try to be aggressive and get the basketball in the paint regardless of how we get it there.”

Northridge was down four points (28-24) despite shooting 5-of-22 in the first half. But the Matadors found themselves at the line 15 times, making all but one free throw.