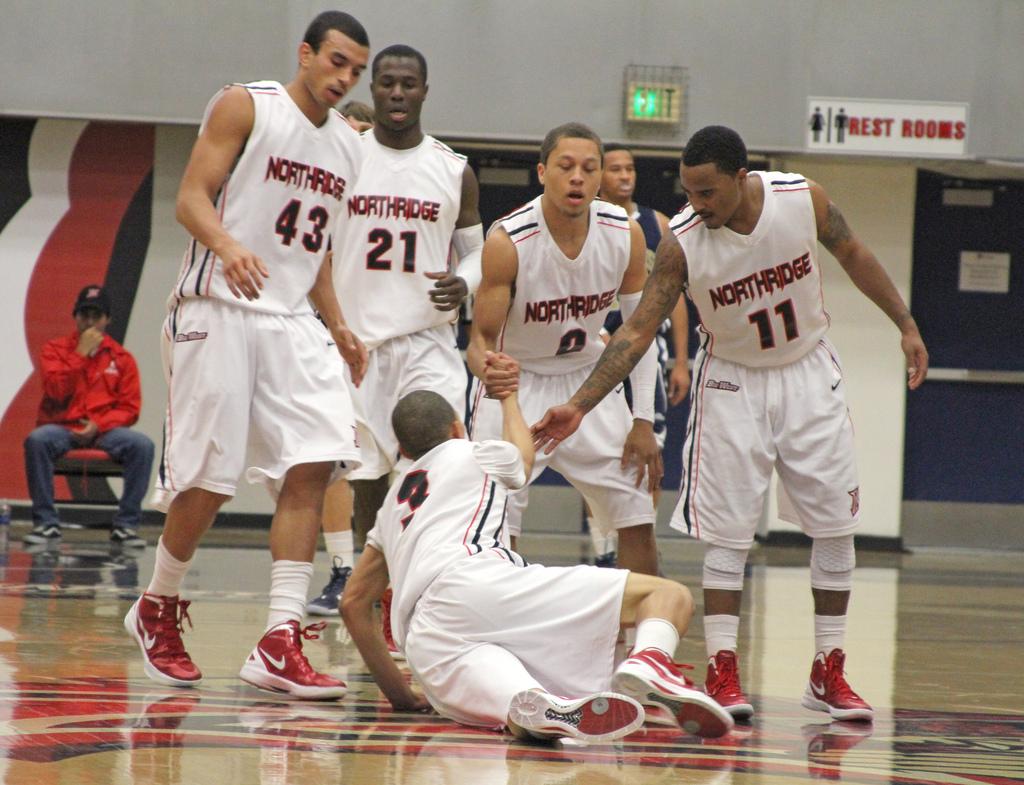 Adding to their winter woes, the Matadors broke down both offensively and defensively and lost by their biggest margin yet as they fell 100-54 against the Mustangs Saturday night at Mott Gym.

Cal Poly’s relentless 3-point barrage, which cut through CSUN’s defense like a hot knife through snow, was a perfect 11-of-11 at halftime where the Mustangs led by 27. Cal Poly finished the game shooting 15-of-21 from behind the arc, and shot nearly 61 percent from the field for the game.

The Mustangs were led by reserves Chris Eversley and Kyle Odister, who combined for 23 points on 13-of-15 shooting (7-of-9 from the 3-point line) in just 27 minutes of play. This game marked the second time this season the Matadors let the opposition drop over 100 points on them.

CSUN’s offense is usually spearheaded by its leading scorers, freshman guard Stephan Hicks and sophomore guard Josh Greene. But tonight they were chained down by the Mustangs’ hard-nosed defense as they were held to a combined 10 points on 2-of-13 shooting.

Northridge’s leading scorer was senior forward Michael Lizarraga, who finished the game with a double-double of 11 points and 10 rebounds.

As a team, the Matadors shot a season-low 23 percent from the field and failed to knock down a shot from 3-point land (0-of-10). The majority of their points came from the free throw line, where they shot a blazing 30-of-36.

This game caps off a three game losing streak for the Matadors as they finish their winter break with a 3-6 record.

CSUN started off their eight-game winter break with a bang as they demolished Pacifica 99-58 Jan. 17 at the Matadome. But instead of riding the momentum of their blowout win, they lost the next two by a combined 32 points against Washington and UC Irvine.

The Matadors showed a flash of resiliency when 2012 started as they mounted their strongest defensive effort of the season against UC Riverside, holding them to 52 points on 38 percent shooting.

After that, CSUN lost four out of its final five games, its lone win being a 84-80 victory against the 1-16 UC Davis.

Northridge only managed to average 66 points per game during winter break, about the same as its overall season average, but they struggled on defense as they gave up 74 points per game, bringing their point differential to -8 (even with a 41 point victory factored in).

A notable trend that’s occurred over the last three games, where the Matadors played UC Davis, UC Santa Barbara and Cal Poly, is the replacement of Hicks and Greene from the starting lineup, who average 15.9 and 9.2 points per game respectively.

Off the bench, Hicks and Greene have seen dramatic decreases in playing time and statistics. As starters, they regularly saw over 30 minutes per game, but that number has been reduced to the 20-25 range. Hicks used to average about 18 points per game, and Greene over 10, but the reduction of playing time has left Hicks as Northridge’s lone double-figures scorer.