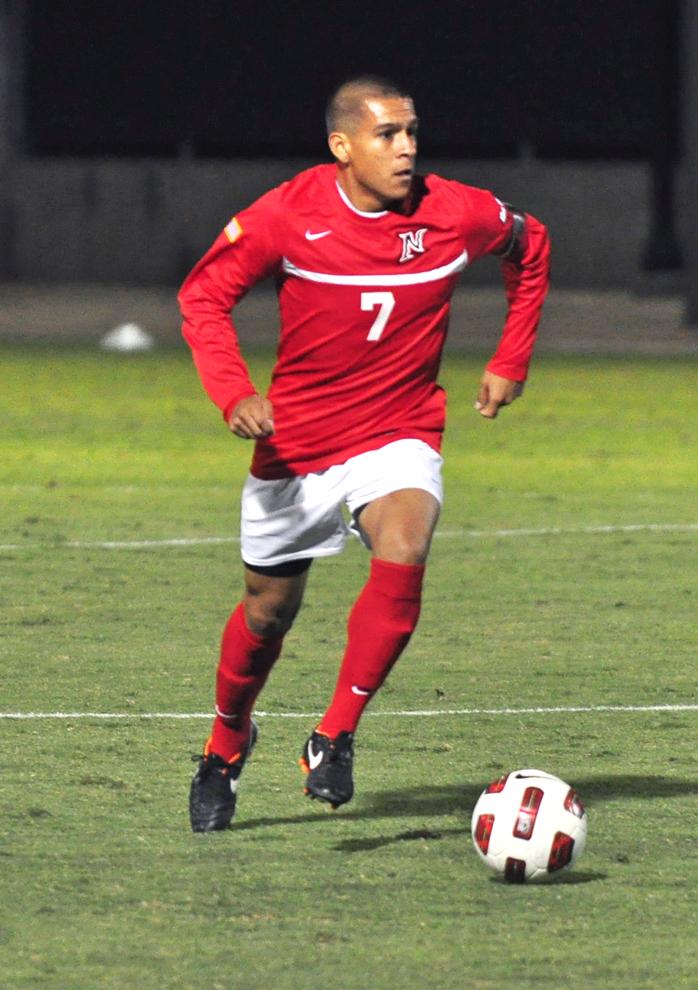 The L.A. Galaxy made Garcia the 38th pick of the MLS Supplemental Draft. Sundial File Photo.

Rafael Garcia has been a fan of the Los Angeles Galaxy since he was a child. Now he has a chance to put on the jersey and take the field as a member of the squad after being drafted in the second round with the 38th overall pick of the MLS Supplemental Draft.

“This was one of the best moments of my life,” Garcia said. “I honestly didn’t think I’d end up on the Galaxy, I just wanted to play anywhere, but it means a lot to me because I grew up going to their games. It’s very exciting – now I’m going to have to work my butt off to get a spot.”

The former CSUN midfielder spent five years with the Matadors and head coach Terry Davila expects him to do some big things in the MLS.

“He has very good distribution with his feet that most American MLS players don’t have,” Davila said. “He also has a tremendous motor on him. He can last a whole game going at a high speed.”

While at CSUN, Garcia scored six goals and tallied nine assists and 21 points in 68 matches. The former captain was also named to the 2011 All-Big West First Team for his efforts with the Matadors.

Former teammate and co-captain Joe Franco spent three years with Garcia on the pitch and learned a lot from the midfielder.

“It was incredible,” Franco said when asked what his time on the field with Garcia was like. “Having him on the field just made it that much easier.”

Both Davila and Franco raved about Garcia’s leadership ability on and off the field.

“When things weren’t going right,” explained Franco, “he had the ability to get us organized. He was more of the vocal leader and he would really pull the team together.”

Garcia missed a large portion of his playing time at CSUN due to two different knee injuries. His first injury came after his freshman year when he tore ligaments in his knee. Davila remembers Garcia then as a “high-caliber athlete with his whole future straight out in front of him.”

“I wouldn’t let anything get in the way of my dream of going pro,” Garcia said. “My recovery from injury shows my character and determination.”

The injury changed Garcia’s style of play on the field as well as his mentality in the classrooms.

“He found himself as a person,” Davila said. “He got very serious about school after that. He knew soccer wasn’t going to be everything and I think it helped him as a player intellectually.”

Davila explained that not only had he started playing a “thinking game” but also that Garcia was playing incredible before injuring his meniscus and forcing him to have a mid-season operation this year.

The injury took him out of the lineup but tested his mental strength once again.

Upon his return, “Rafa,” as his teammates know him, put up stellar numbers at midfield and earned a spot at the MLS Player Combine in January. His play at the combines was enough for the Galaxy to see some potential in the defensive-oriented midfielder.

With the draft decision, Garcia earns the opportunity to show his talents during the offseason and earn a spot on the roster for the upcoming MLS season.

“I think Rafa now is at 100 percent,” Davila said. “Northridge didn’t get his best because of his injuries but he gave us his heart and soul. He’s a good role model for everybody and he was proud to be part of our program.”