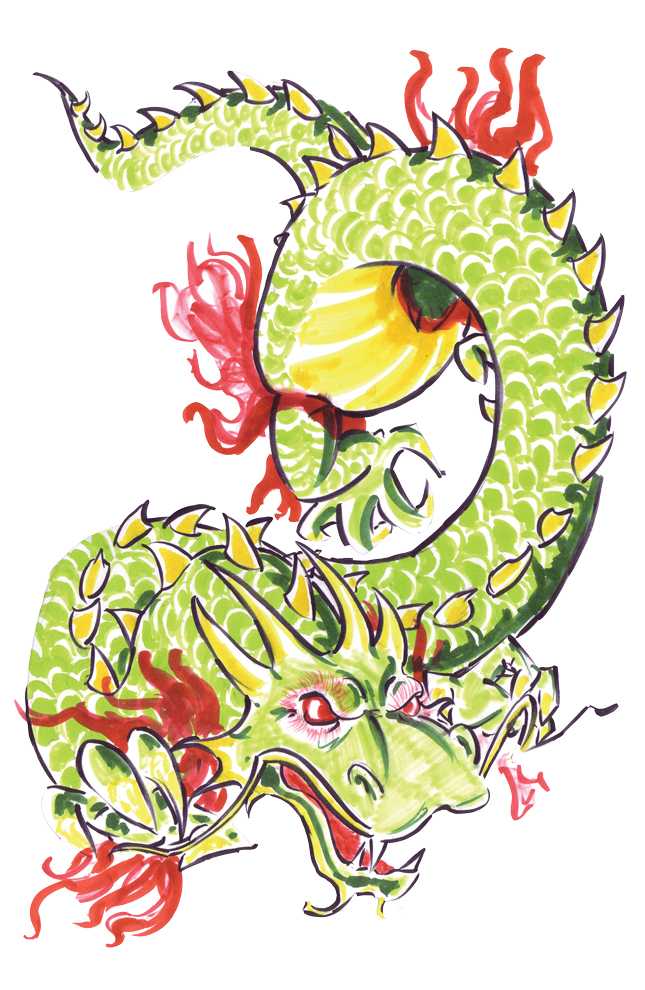 Monday marked the start of the Chinese New Year, one of the most important traditional holidays in Chinese culture. Los Angeles’ historic Chinatown is preparing to welcome the new year this weekend with the annual Lunar New Year Festival.

The Chinese New Year is said to have begun with a lion-like monster named Niam, who preyed on and ate villagers. To scare off the monster, a wise old man advised the villagers to make loud noises with drums and firecrackers and dress in red. And it was with the advice of the old man that they were able to drive away Niam.

The anniversary of Niam’s defeat has since been transformed into the Chinese New Year. Over time, the event has become a time of honoring the household, deities and ancestors. People continue to wear the color red and hang red lanterns outside their homes, since it was said to have scared off the monster. The color is also said to keep away evil spirits and bad fortune.

This year marks The Year of the Dragon, one of the most prosperous and most powerful of the 12 zodiac signs, said Nicki Ung, executive director of the Chinese Chamber of Commerce Los Angeles.

The 113th Golden Dragon Parade, hosted by the CCCLA, will kick off the Chinese New Year Festival on Saturday from 1-4 p.m. The parade will begin at Hill and Temple streets and endat the intersection of Broadway and Temple streets; a detailed map of the parade route is available on CCCLA’s webpage.

The parade is predicted to attract more than 125,000 people with its floats, dancers and bands, according to a CCCLA news release.

“We incorporate a lot of the community in all of our events,” Ung said. Local high school bands and drill teams always participate in the parade. Middle and elementary schools are also welcomed and contribute to the marching aspect of the parade.

This year’s grand marshals include Disney’s Mulan and Mushu and Lisa See, an international bestselling author whose books include “Snow Flower and the Secret Fan” and “Shanghai Girls.” Honorary Grand Marshals are David Lee, Collin Lai and James B. Wong, according to the Chinatown Business Improvement District (BID).

The Lunar New Year Festival, sponsored by BID, follows the parade. Cultural and musical performances, as well as non-Asian food trucks, will adorn Chinatown during the festival.

The Los Angeles Craft Experience will be there to present crafts, designs and apparel vendors. Some of the vendors confirmed to attend include: Paper Flavor, a design and print industry;

Enchanted Leaves, a design, craft and jewelry company; and Nail Tree Love, a company dedicated to promote important issues through apparel, accessories and films, according to Linh Ho, BID’s Marketing and PR Consultant.

Food Network’s “Cupcake Wars” will be on site to distribute 1,000 Chinese New Year-themed cupcakes during the parade and festival and set up next to the Grand Stand to watch the parade and do some recording, as well, according to Ung. The Shaolin Warriors of Chinatown, a martial arts group, will also be performing at the festival.

“Chinatown of all places has a lot of history. So, coming here and seeing all the festivities is going to be better than just being at home and not being able to try being a part of the culture,” Ung said. “Being able to try the culture and see the culture without knowing it is an educational perspective that you can take in.”