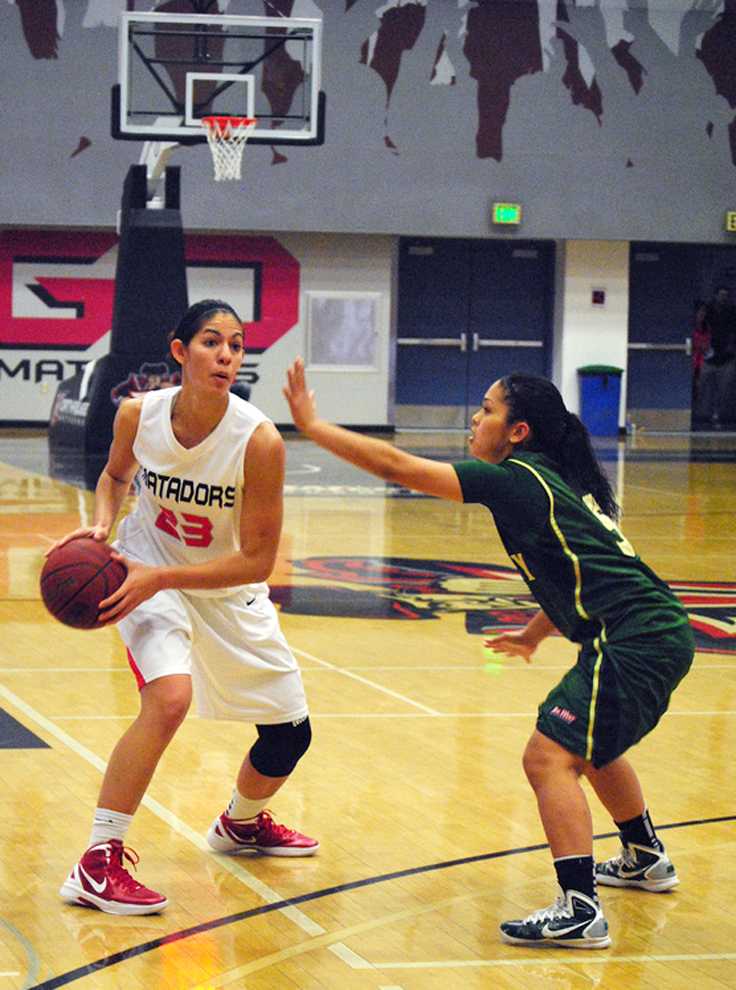 It has been a season of nail biters for the Matadors so far, and they didn’t disappoint again Wednesday night.

Then 31 seconds later Matador forward Jessica Duarte sank a 3-pointer to put her team up by one. But Fullerton wouldn’t go away, splitting a pair of free throws to tie and send the game into overtime.

But this is where the Orange County native would come through in the clutch for her team again. CSUN had a one-point lead (57-56) with 22 seconds left on the clock and decided to go to Duarte again.

In back-to-back periods, Duarte nailed a trey to give the Matadors the edge and the eventual 62-56 win against the Titans (8-11, 1-6) Wednesday night at Titan Gym.

“Coach (Flowers) told me to be ready to catch and shoot and that’s what I did,” Duarte said.

With this win, Northridge pulls away from UC Irvine again to take the No. 1 spot in the Big West Conference.

The 3-pointers made by Duarte were her only field goals of the game, but she said it was a great feeling get the win for her team in front of her family.

“All my family and extended family came and a bunch friends from high school came,” she said. “It was a nice homecoming game for me and also a good win.”

It was a rather slow game offensively for both teams, with CSUN shooting 39.5 percent from the field and Fullerton shooting 30.4 percent. But what the Matadors lacked in field goals, they made up with free throws again, making 25-of-30 from the charity stripe.

The Matadors had a strong rebounding game, outrebounding the Titans by 24 (47-23).

“It was something that we talked about. At the beginning of the year I thought we did a very good job of rebounding the basketball,” CSUN head coach Jason Flowers said. “As some things have improved, (rebounding) hasn’t been one of them. It’s something we addressed after the Santa Barbara game, and the kids came out and responded.”

Though Northridge came out strong on the boards, they failed to take care of the ball, accumulating 30 turnovers for the night. The Matadors tallied 17 turnovers in the first half alone.

“It was almost like one of those zombie movies where they kind of come in and take over someone’s body and they act differently,” Flowers said. “I don’t know what we were thinking about on some of the stuff that we were doing as far as turning over the basketball and some of the passes we made.”