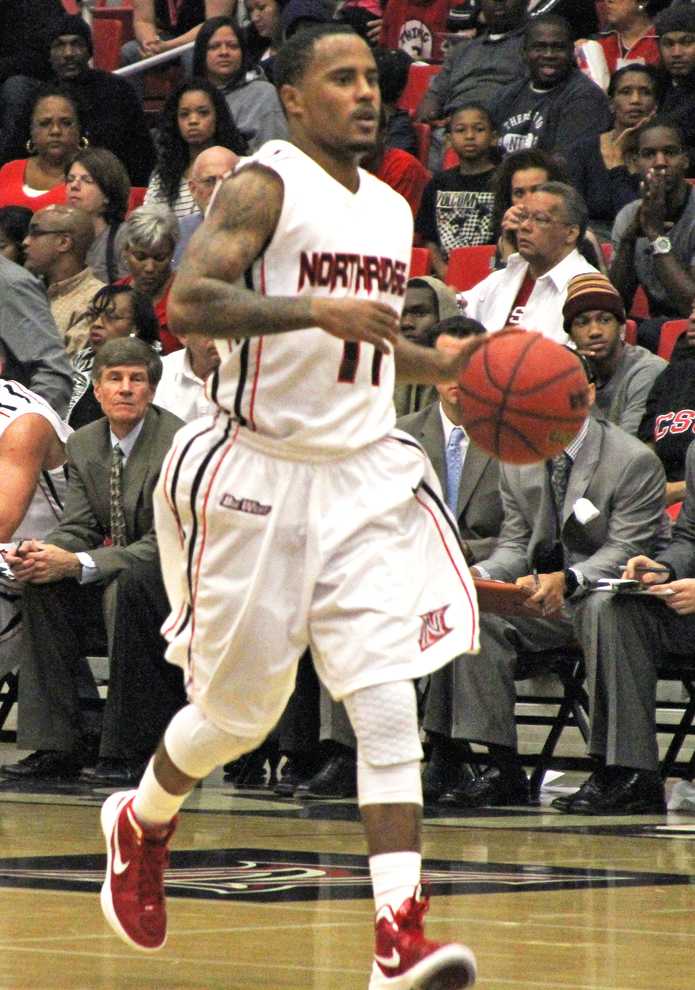 Two years ago, the Matadors had an overall record of 11-21, their worst season under Bobby Braswell’s 16 years as head coach. Throughout that 2009-10 season, Braswell lost patience with the lack of leadership and chemistry the team displayed.

With 17 games gone by, this year’s Matadors, who have a record of 5-12, are on pace to finish with more than 21 losses. To make matters worse, CSUN lost by 46 points to Cal Poly Saturday and allowed the Mustangs to make 11 consecutive 3-pointers, which tied an NCAA record.

Braswell should be ready to explode before CSUN faces Cal State Fullerton Thursday night at the Matadome in Big West Conference play. However, he’s actually pleased with the team’s effort.

“I think Saturday was the strangest game I have ever been a part of. We went back and looked at tape and we actually played pretty good,” Braswell said. “I explained to my guys that some days you can be really good and the other guys are just better. Overall I wasn’t disappointed in our effort. Our effort and energy was really good.”

Braswell didn’t compare this year’s team to the 2009-10 one since there’s many reasons for optimism, including leadership.

“Is the leadership perfect? No,” said Braswell about his squad, which is the youngest team in the nation. “We’re so young and I realize that leadership needs to come from us (coaches). I think we’re in the process of developing some great leaders next year.”

After losing to UC Santa Barbara and Cal Poly on their central coast road trip last week, the Matadors dropped to eighth place in the Big West standings and now look to bounce back against the second place Titans (12-6, 4-2 Big West).

“They’re pretty good (Titans) and they’re going to be hungry; we swept them all three games last year,” said Braswell about the Matadors defeating Fullerton twice in Big West play and in last year’s conference tournament quarterfinals. “They have three transfers who sat out last season and all three are Pac-12-caliber players.”

The Titans have four players averaging 10 points or more while CSUN only has one ( Stephan Hicks 15.9 ppg). Fullerton is led by junior guards D.J. Seeley (16.2 ppg) and Kwame Vaughn (16 ppg), which are fourth and fifth in scoring in the Big West respectively.

Both players sat out last year, after Seeley transferred from Cal Berkeley and Vaughn from the University of San Francisco.

“It’s a new team with Kwame (Vaughn) and D.J. (Seeley). Those two guys are like brothers to me,” McGhee said. “Me and Kwame have been playing with each other since the sixth grade on the same team. His mom is like my auntie, I grew up with him. It’s going to be a fun and competitive game.”