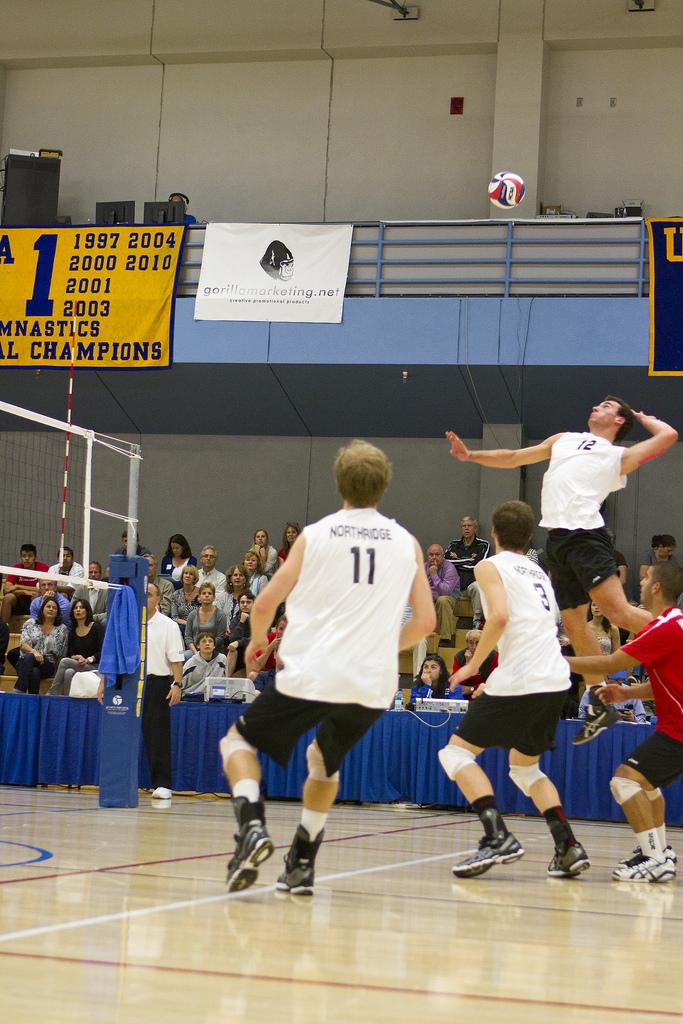 The saying “it isn’t over until it’s over” never rang more true for CSUN’s non-conference victory over Cal Baptist Friday night at the Matadome.

Northridge looked excited to be home and showed it by hitting .471 as a team on 51 swings throughout the first sets before easing up in the following sets.

“The first set we had really good leadership,” CSUN setter Filip Tomicic said. “It was really easy to play and we didn’t miss our serves.”

Leading the way for the Matadors were freshman opposite Julius Hoefer and senior outside hitter Matt Stork.

“We should have been there all the way through,” Stork said. “It’s just nice to pull off (the win).”

Hoefer led CSUN with 18 kills on 33 swings while Stork added 14 kills on .345 hitting. Tomicic also had a solid game against his former team with four digs and .587 setting percentage throughout the match.

Cal Baptist nearly mounted the comeback behind junior outside hitter Aaron McCalmont and his 19 kills on 40 attacks.

The Matadors came out swinging in the first set taking the early 10-4 lead due in large part to the poor offense by the Lancers.

Cal Baptist committed 10 errors in the first set and hit for a -.115 percentage while the CSUN offense looked solid. Led by Hoefer’s four kills on seven swings, the Matadors as a team hit .455 with only two errors.

Solid serving helped build the lead for the Matadors, but a serve by opposite hitter Brandon Lebrock followed by a Stork kill forced a Cal Baptist timeout and essentially put the Matadors out of reach for the rest of the set.

The second set was more of the same for the Matador offense as Stork and Hoefer continued to lead CSUN while Lebrock and middle blocker Marty Lorenz also added some kills of their own, tallying three apiece in the game.

The serves of Lebrock helped the Matadors pull away late after narrowly holding on to the 20-17 lead. Lebrock’s serves were key in extending the CSUN lead to 23-19 before losing a point and closing the second, 25-20, with another Hoefer kill.

In the third set CSUN faced its first deficit since being down 1-0 in the first set while serving problems plagued both sides of the court.

Combined with a revamped Cal Baptist squad and seven errors on CSUN had the Matadors down 16-10, forcing Campbell to take their second timeout of the set in order to find a way to slow the Lancers’ momentum.

The Matadors tried to string together some points and a comeback but five serving errors and a better hitting Cal Baptist offense kept CSUN at bay and took the set 25-19.

Cal Baptist’s McCalmont stepped it up in the fourth with solid hitting, clutch serves, and well-placed shots that led to him earning eight kills in the set.

The last five points proved to be the hardest for both teams to get as they exchanged points but never the lead and CSUN fell 25-23 in the fourth forcing the decisive fifth set.

“We needed to pick it up,” Campbell said. “There’s a tendency to take it easy after you win the first two games…they took advantage of that.”

The Matadors felt the pressure by the Lancers heading into the fifth and answered by taking an early 5-1 lead and forcing Cal Baptist into another early timeout. Solid serving by Stork helped extend the lead deep into the set.

A block by CSUN middle blocker Jared Moore sent the crowd into a frenzy as the McCalmont finally showed signs of being human.

A pinpoint shot over the Lancers’ blockers ended the game and gave CSUN the 15-3 fifth set and the match. Stork tallied three more kills in the short fifth while Hoefer added two.