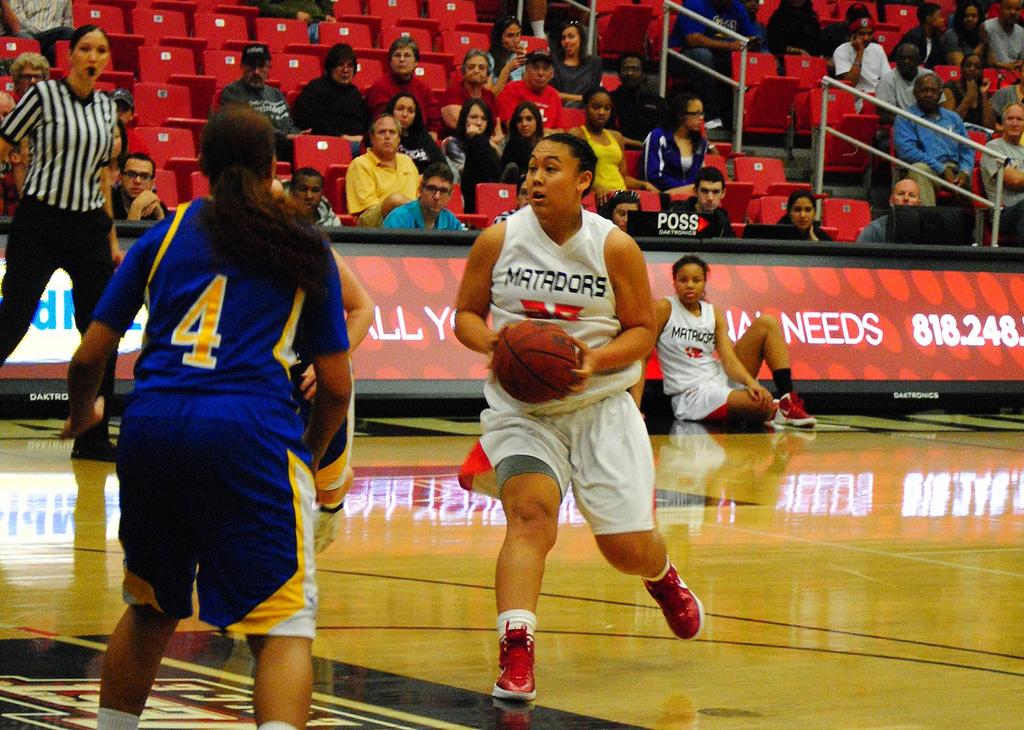 One would think a coach would be happy after seeing their team come back from 32-24 halftime deficit.

That wasn’t the case for CSUN head coach Jason Flowers after the Matadors (12-9, 6-2 Big West) won 54-52 against CSU Bakersfield (4-19) Saturday night at the Matadome. He took his time as he tried to find the right words to say about his squad’s performance.

“We were making (bad) decisions with the basketball,” said Flowers, carefully commenting on his team’s back-to-back 30 turnover games. “We’re not following the game plan…I’m trying to find nice ways to say this.”

Despite the win, Flowers displayed frustration on his face as he tried to put the game into words.

Though Saturday’s win was a non-conference game, Flowers is still disappointed with his team’s effort and his own.

“Whatever I’ve tried hasn’t gotten through to the point to where they come out and compete and do what they’re supposed to do every possession,” he said. “That falls squarely on my shoulders. That is fully my responsibility. We’ll keep trying different methods.”

Bakersfield had only six active players on their roster during the game, due to varying injuries, but Roadrunners had no problem of scoring and capitalizing on the Matadors’ turnovers.

“(Bakersfield head coach Greg McCall) is in a tough situation,” Flowers said. “His team has been decimated by injuries.”

Every player for Bakersfield had at least three points at the end of the half, while CSUN only had five of its 11 players score.

Flowers wasn’t the only person that recognized the team’s less-than-stellar performance.

“We came out slow from the start. We had really low energy,” CSUN guard Randi Friess said. “I don’t think we were all that focused, but after our halftime talk we knew we had to come out with a lot more energy and I think we did that.”

The Matadors were led by center Jasmine Erving, who finished with 17 points, eight rebounds and two blocks. Erving’s two blocks now places her tied for first for career blocks. But forward Jessica Duarte took over the second half, scoring 10 points from 2-of-5 shooting from behind the arc.

“(Duarte) was big again offensively,” Flowers said. “I thought that Kourtney Ainsworth was huge as far as playing defense and rebounding and doing the things we asked her to do.”

Friess received the same praise Ainsworth was given by Flowers, noting her defensive importance.

“We needed to talk more and communicate better,” Ainsworth said about the team’s defense.

The Matadors had a less than desirable first half, tallying 17 turnovers in the first 20 minutes. And Bakersfield took advantage of Northridge’s carelessness, scoring 15 points off those turnovers.

Although the Matadors outhustled the Roadrunners on the glass, Bakersfield took advantage of Northridge’s zone defense, making 7-of-22 from behind the arc.