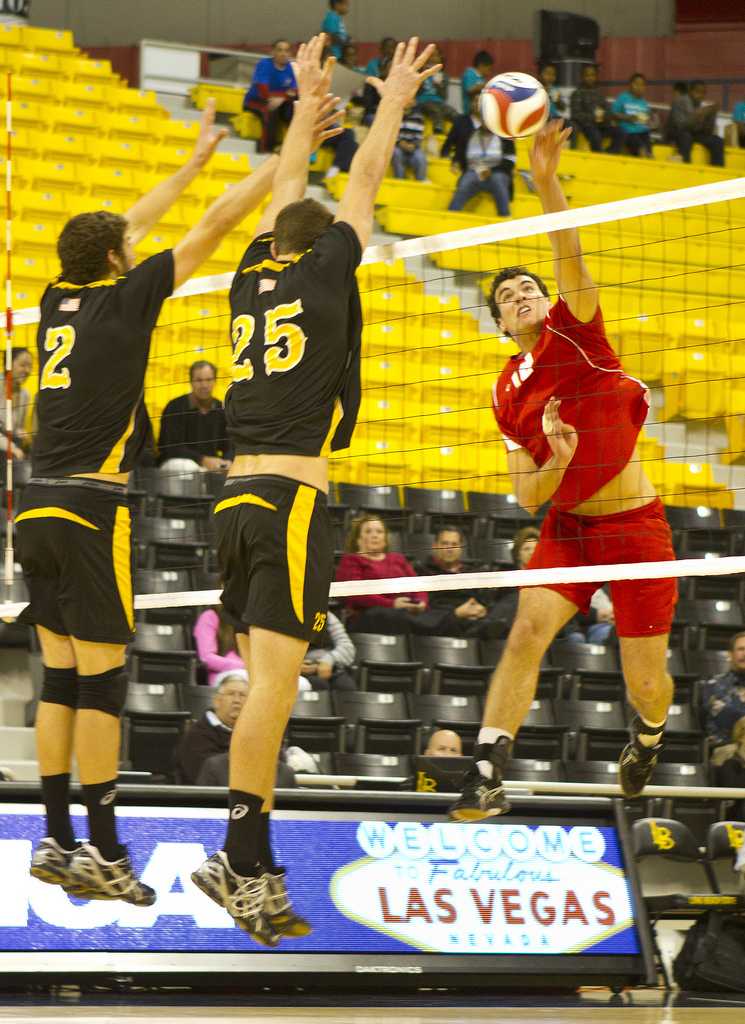 LONG BEACH – The Matadors came into the second matchup against the Long Beach State with bragging rights, but were quickly silenced by an aggressive team out for revenge.

“I don’t think we wanted it bad enough,” said Drew Staker, junior middle blocker. “We have to want to win more out there. We have to have that mentality.”

The Matadors’ .188 hitting and 10 receiving errors were key in the loss along with LBSU’s hitting on the other end of the court. The lop-sided loss came after a CSUN’s five-set win in Northridge just two weeks ago.

“For the first time this year our passing really broke down,” CSUN head coach Jeff Campbell said. “You have to give Long Beach credit for serving so well…We were really unable to respond to their serves.”

Northridge came out sluggish in the first set giving up the early 5-1 advantage and being forced into the early timeout.

Well-placed shots by LBSU outside hitter Taylor Crabb and a dominant five-block performance by the 49ers’ defense extended the lead to 11-6 before CSUN used its second timeout.

Three service errors by the Matadors and a -.062 hitting percentage doomed CSUN as it dropped the first set 16-25.

“When you pass the ball like we did tonight, you’re going to make it tough to side out,” Campbell said. “We didn’t pass so it was tough for us to side out.”

The Matadors’ hitting woes continued into the second set and quickly put them into a 5-0 hole.

The stoppage did Northridge some good as they managed to pull within three after being down as much as seven points. CSUN’s hitting improved drastically with senior Matt Stork tallying his first four kills, seven overall, of the night. The Matadors managed to even the score at 16 apiece before the team’s serve-receive struggles cost it their second set 19-25.

With both teams playing in full stride, CSUN managed to avoid another slow start they had in each of its previous sets and exchanged points with the 49ers early on. Without the early deficit the Matadors managed to keep pace with LBSU throughout most of the set.

Stork continued his attacking onslaught with opposite Julius Hoefer adding solid attacks of his own.

Although the Matadors offense looked to finally be ready to contend, it was too little too late for CSUN as the 49ers pulled away late in the match and sealed the straight-set win 25-20.

Hoefer and Stork ended the night with seven kills each while Staker added six kills on .500 hitting.

Aside from those three, the Matadors struggled to put pressure on LBSU, which managed to put together 20 blocks on the night.