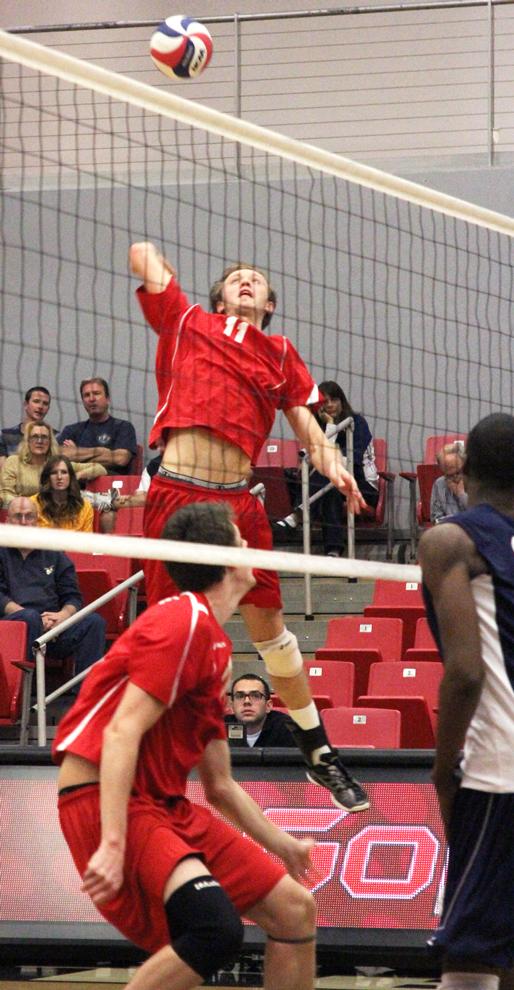 Matt Stork says the best part of his game is his calmness under pressure. Photo Credit: Michael Cheng / Daily Sundial

FAVORITES
Food: “A double-double from In-N-Out.”
Music: “Everything except for country.”
Movie: Anchorman
Song: “Don’t Stop Me Now by Queen”
Athlete: Brett Favre

LIFE
Greatest difficulty: “School and staying physically healthy. I’ve got a bunch of ankle sprains and stuff like that.”
Greatest Accomplishment: “Making it to the Final Four my sophomore year or making it to the Pan-Am team.”
Most embarrassing moment: “In high school, I got hit in the face by a serve. That’s pretty embarrassing for a volleyball player.”
Hobbies: “School, volleyball and going to the training room.”

VOLLEYBALL
Best part of your game: “I like to think that I stay calm under pressure. I never get that nervous.”
Part of their game that needs improvement: “Blocking and a little bit of defense.”
Best player you’ve played against so far: “Bruno (Rezende), the setter for the Brazilian national team. He’s one of the world’s best setters.”
Player that he patterns his game after: Karch Kiraly
Pre-game rituals: None
Superstitions: None

GOALS
Team: “Make it to the champions and win the championship. Work on that team communication our team has been talking about.”
Individual: “Put up some good stats and help my team out.”
Future: “Play professional volleyball, maybe for the national team.”

EXTRAS
First sport: Roller hockey
Other sports they’ve played while growing up: Soccer, baseball, badminton, racquetball, basketball, water polo and croquet.
When he started playing volleyball:
13 years old
What he does to stay in shape during the offseason: “Beach volleyball and bike trails near my place.”
Person they would most like to meet: Benjamin Franklin