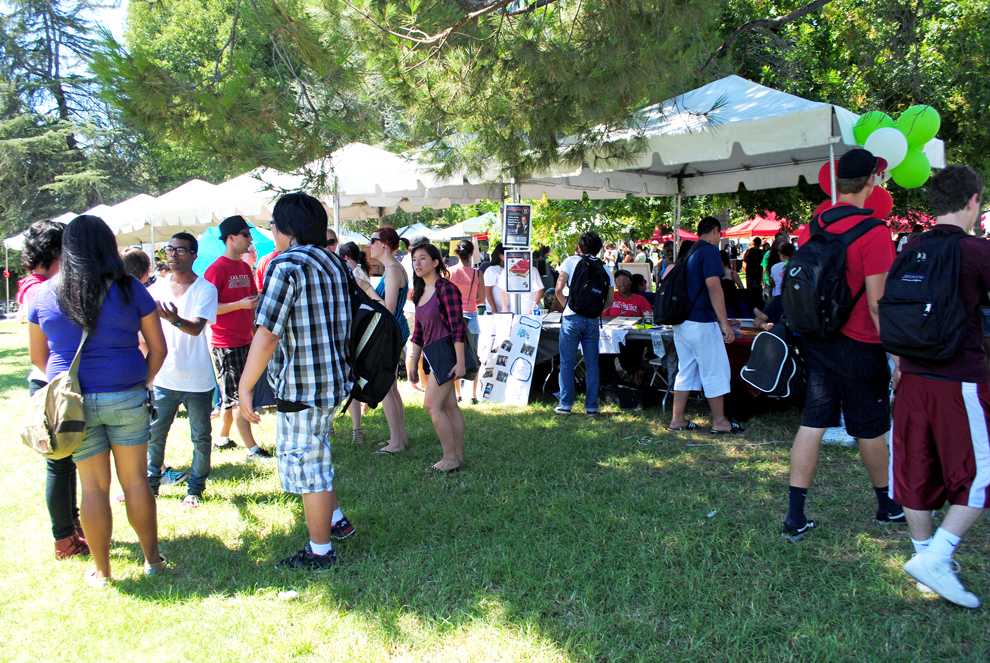 The event, which was postponed a day due to rain, occurs every semester and lets active clubs and organizations recruit new members and introduce themselves to the CSUN community.

The event is a fun opportunity to talk to nonengineering students and network with other clubs for Salvador Ramirez, a member of the American Society of Civil Engineers.

While not all 270 CSUN clubs and organizations will be appearing for Meet the Clubs Day, the number signed up to appear at the event has exceeded the 130 available tables available, said Augustin Garibay, CSUN’s activities coordinator based in the USU.

A 130-table cap exists due to budget limits, according to Garibay. But despite the demand, Garibay is confident the issue won’t slow down the event.

“It‘s my job to think of a way to balance it out while staying within the given budget,” Garibay said.

A list of the participating groups was released by the office of Garibay on Jan. 13. The list, currently topping at 160, has diverse groups, such as the CSUN Young Democrats, the Japanese Student Association and Alpha Epsilon Pi.

“By having this event, students who are almost self-isolated see everything the school has to offer for those two days,” Garibay said.

By Garibay’s count, more than 300 club and organization members take part during the event, and the numbers go into the thousands when one takes into account that club members change shifts a few times a day.

“We know that students who are able to create relationships on campus are likely to stay,” said Thomas E. Piernik, director of student development and international programs at CSUN.
Having worked in the university for 27 years, Piernik recalls that the event has always been about connecting returning and new students to the campus.

And while exercising at the recreational center, swimming in the campus pool or eating lunch on campus can be alternative ways to participating in school, these activities do not offer a unique experience, Piernik said.

“Clubs are a piece of the resources offered to students,” Piernik said, “one that provides leadership opportunities.”