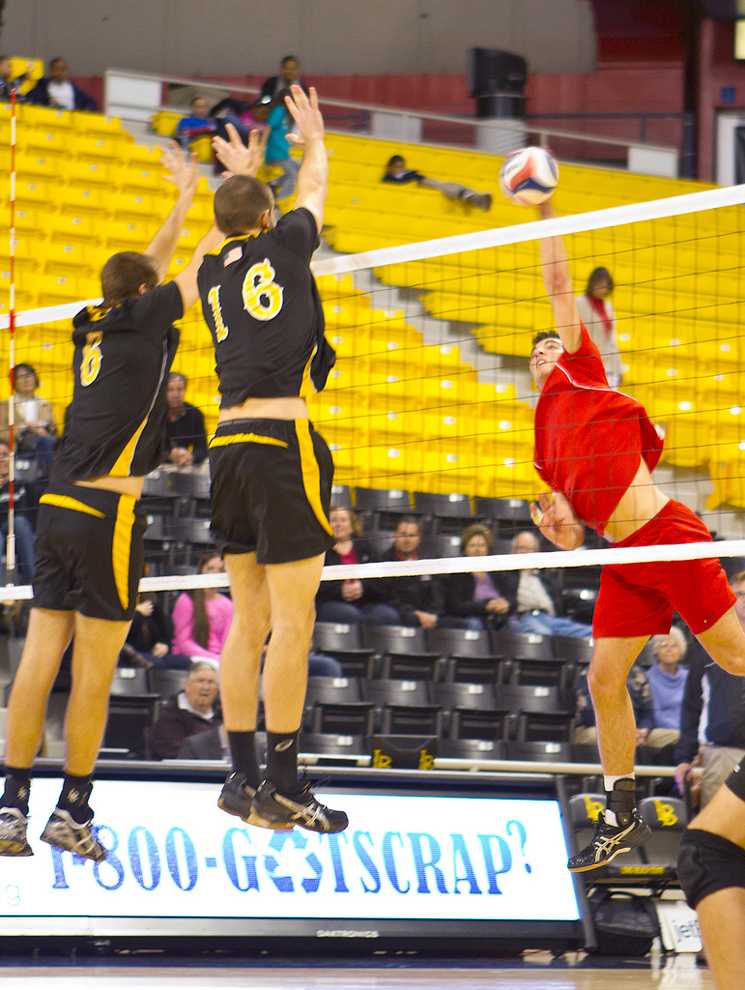 CSUN is coming off a lopsided conference loss in Long Beach against a streaking 49ers team, but the squad returns home this weekend for back-to-back games in the Matadome beginning Friday against Pacific.

The hitting game (3-6, 1-4 MPSF) was the focus for Northridge’s practices this week after the team combined to only hit .182 against LBSU last Friday.

“Our passing was definitely one of the biggest reasons we didn’t hit as well,” outside hitter Matt Stork said. “The first match we played them, we passed real well … (Long Beach) was serving right at us and we didn’t have a lot of chances to get our serves on.”

CSUN committed 10 receiving errors at Long Beach en route to their fourth road loss of the year. The stat proved to be vital in the final results of that game, but both Stork and freshman Julius Höefer showed up with their consistent play, tallying seven kills apiece.

Along with the two attack leaders of the Matadors, junior middle blocker Drew Staker also put up solid offensive numbers, with six kills on .500 hitting, pulling his kills’ total to 33.

The play of the CSUN libero will be crucial if the Matadors want to put together a pair of wins this weekend. The usually dependable sophomore libero Charlie Condron committed three receiving errors last Friday after only committing six in the previous eight games of the season.

“We just need to get our reps and focus on passing because it’s clear that our passing was not where it needed to be to win,” Condron said.

The play of both Condron and fellow libero freshman Sina Aghassy will set the pace for the Matadors against an inconsistent Pacific offense.

The Tigers (3-7, 1-4) travel to the Matadome after dropping four of their first five conference matches this year, with their latest pair of losses coming at home against Hawaii.

Pacific’s hitting game has been less than impressive lately after hitting for a mere .133 in its straight-sets loss on Feb. 4.

Leading the way for the Tigers offense this season has been 6-foot-7 outside hitter Taylor Hughes. The redshirt junior leads Pacific in kills with 113 on the year and is averaging 3.3 a game.

Although the Matadors’ coaching staff wants the players to focus on the team’s Friday matchup against the Tigers, a streaking Stanford team will demand attention Saturday.

The Cardinal (7-2, 4-1) have won their last three conference contests and are currently ranked second in the Mountain Pacific Sports Association and fourth in the nation in the coaches polls.