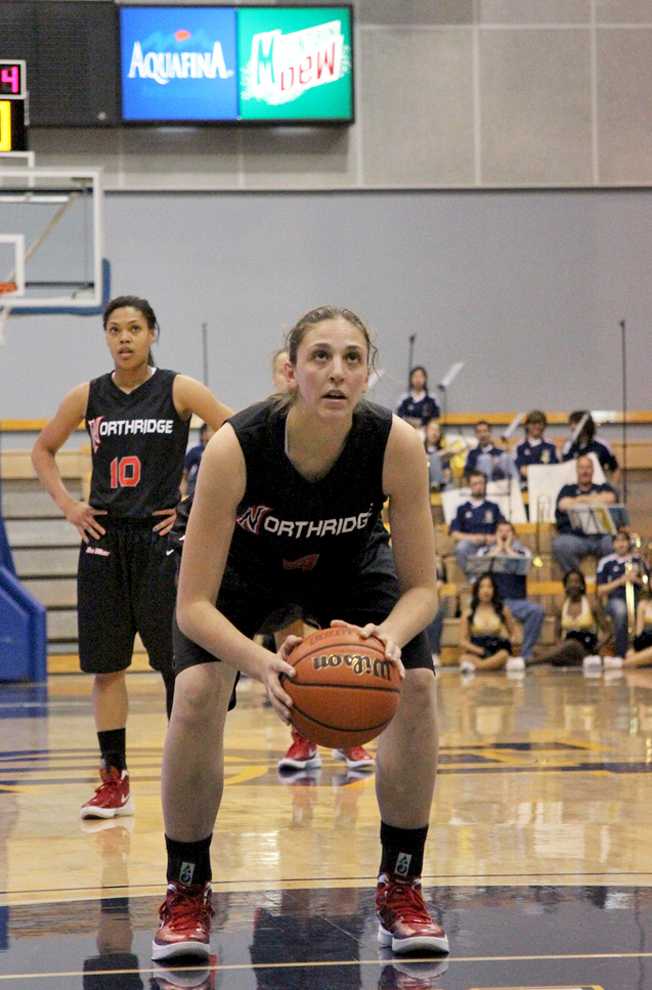 After successful road trips to UC Riverside and UC Irvine last week, CSUN comes back to the Matadome for a three-game homestand, starting with Long Beach State Saturday night.

Long Beach (9-14, 4-6 Big West) is on a three-game losing streak while the Matadors (14-9, 8-2) just tallied their fourth consecutive win in a blowout against the Anteaters, but these wins have not gotten to Northridge’s head.

“We never talk about anybody else. I think when you try to compare yourself to other people or to other programs and other teams, I think you set yourself up for failure,” CSUN head coach Jason Flowers said. “I was brought up not to ever compare myself to other people and just go out and do the best that I could possibly do. And so that’s the philosophy that we take with the program.

While Flowers has his team at the top of the Big West Conference, his focus lies in his team’s performance and not the standings.

The game will mark the final meeting between the teams this season. The Matadors defeated the 49ers 57-50 in their first game earlier on Jan. 7. Though Northridge came away with the win, Flowers still remembers issues that his team ran into.

“(The 49ers) are a scrappy team and they play hard,” he said. “They basically play with five perimeter players. Any time you play against a team like that, it’s going to challenge your perimeter defense.”
The 49ers kept themselves in the game the last time out by making seven of 23 3-pointers. The Matadors are aware of their long-range capabilities.

“I don’t think we were very smart the first time we played them,” guard Ashlee Guay said. “Most of the times, when they scored, it was due to our mistakes. We played our zone defense and it’s much better now than it was then. We just made silly mistakes.”

Aside from center Jasmine Erving’s dominant performances on the road, Guay’s awareness of finding open teammates has helped guide the Matadors to their current success.

“As a point guard, you’re supposed to make the plays,” Guay said. “It really is important for me, especially to get the ball to (Erving) in the post, to get them the ball so that they can score because they’re dominant down there. So I need to always be prepared to get them the ball when they’re open and obviously the other guards as well.”