Graduation rates improve despite lack of classes and increased tuition 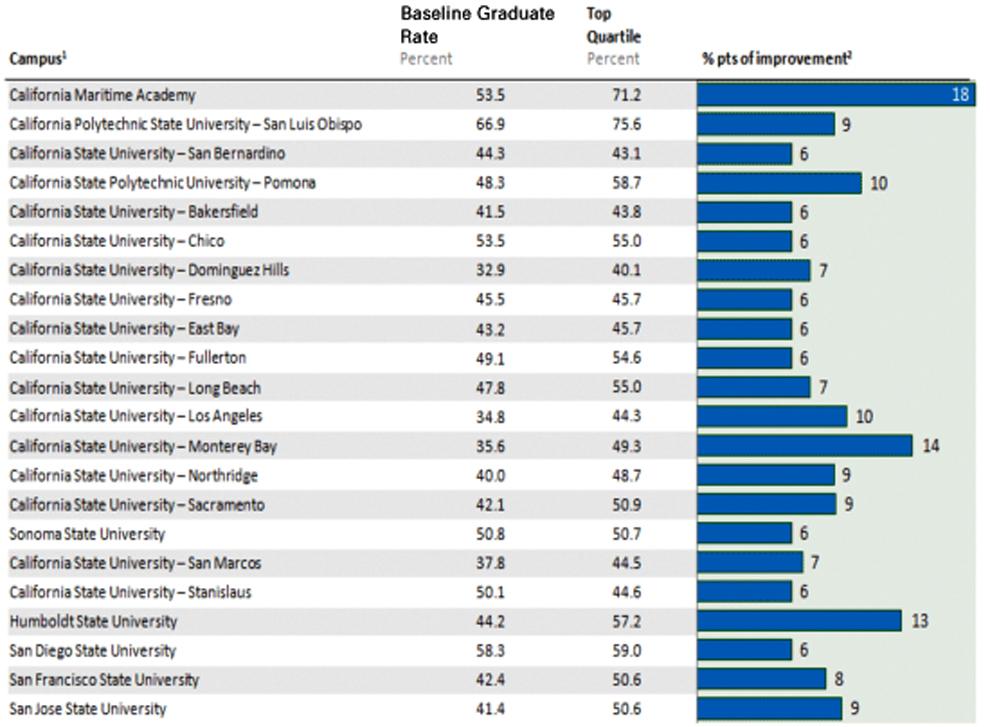 CSUN graduation rates have improved by 74 percent for first-time freshman and 83 percent for transfer students enrolled in 2010 because CSUN is enforcing a graduation initiative.

It’s a combination of all three, but it does not affect funding,” Rawitch said.

Hence, students are encouraged to choose their major wisely, because there are limits on majors and minors Rawitch said.

“Provisions include declaring a major by 60 units, a maximum of two majors/two minors, restricting the ability to change or add majors/minors to those that can be completed within 140 units and adding/changing majors/minors must be done by 90 units,” Rawitch said.

“Some degree programs require more than 120 units to graduate, so the university catalog lists the unit requirements for each degree,” said Mary Ann Cummins Prager, associate vice president of Student Access and Support in an e-mail interview.

Technical degrees, such as engineering, have more units to complete according to Rawitch.

“Restrictions on units and classes can be found at schedule of classes registration guide,” Prager said in an email interview.

CSUN’s Office of Institutional Research provides the analytic, research and descriptive data needed by the university’s divisions, colleges, departments and offices as they strive to implement their strategic plans and fulfill the campus mission.

According to the institutional research, other degrees are popular for undergraduate and graduate students. However, Social and Behavioral Sciences have the most degrees with 2,003. The colleges of Arts, Media, and Communication, Business and Economics and Health and Human Development have over 1,000 degrees in each department.

“Some majors have a large population, like an engineering degree, because it’s a technical degree,” Rawitch said. “There’s not enough classes because there’s not enough money to offer classes.”

“The average time for freshmen to graduate is five to six years,” Rawitch said. “Freshman can graduate in four years if they don’t need to take developmental classes. However, there’s very few. For transfers, it takes an  additional two to three years to get their degree.”

Two of the main graduation initiative plans, according to Rawitch, are solving the super senior problem and providing academic support for new/continuing students.

Super seniors who have over 140 units may be graduated administratively to allow more room for incoming students, Rawitch said. They also must take the upper division writing exam before reaching 75 units, and financial aid is only limited to 150 units.

“I do believe that graduating does take a rather long time. The main reason is the fact that classes are really difficult to get into if you are not a graduating Senior or a Freshmen,” said senior Chicana/o studies Angel Hernandez. “Priority registration is essential for students here at CSUN to be able to graduate on time. However, not everyone is able to receive priority registration and therefore we are faced with the same problem every semester.”

Graduating seniors have priority registration and they take a higher load, Prager said. Thus, if the student is unable to add a class, they were referred to their department chair.

“Higher education is a limited resource in California,” Rawitch said.