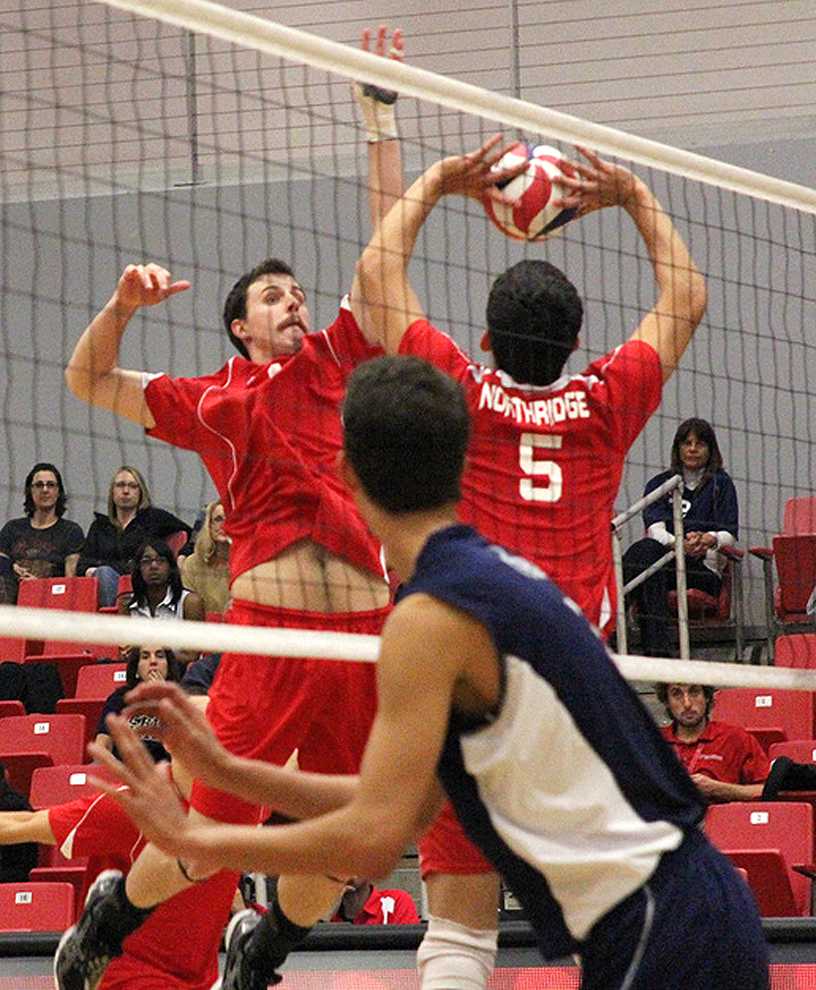 A Matador goes for a kill in their game against Cal Baptist on Jan. 27. CSUN was swept in straight sets Wednesday at UC Santa Barbara. Photo Credit: Michael Cheng / Daily Sundial

The Matadors (4-8, 2-6 MPSF) failed to earn their first win on the road Wednesday night as UCSB beat them 3-0 at Rob Gym.

The Matadors are 0-6 away from the Matadome.

Northridge, which also lost on Saturday against Stanford, finished the game with 31 kills compared to the Guachos’ 42.

CSUN hit .200 percent while UCSB fared slightly better by having a hitting percentage of .213.

The Matadors were led by freshman opposite hitter Julius Hoefer, who had 11 kills on .161 hitting and junior middle blocker Jared Moore, who had eight kills on a solid .353 hit percentage.

Senior outside hitter Matt Stork was nowhere to be found as he finished the game with just two kills, nine below his per-game average and 0.48 below his per-set average.

Adding to the Gauchos’ superior offensive night were the number of assists totalled for each team – CSUN managed 29 to UCSB’s 39 as Gauchos setter, Oliver Deutschman, led the game with 37 assists.

Defensively, however, CSUN stepped up its game as it had 11 blocks compared to UCSB’s six.

Hoefer and middle blocker Drew Staker led the Matadors with blocks as they both finished with one solo block and four assisted blocks respectively.

Though UCSB won all the frames, they only outscored the Matadors by six.

CSUN will have two more chances to get its first away win of the season soon as this was just the first game of a three-game road swing. The Matadors face UC Irvine and UC San Diego next week.