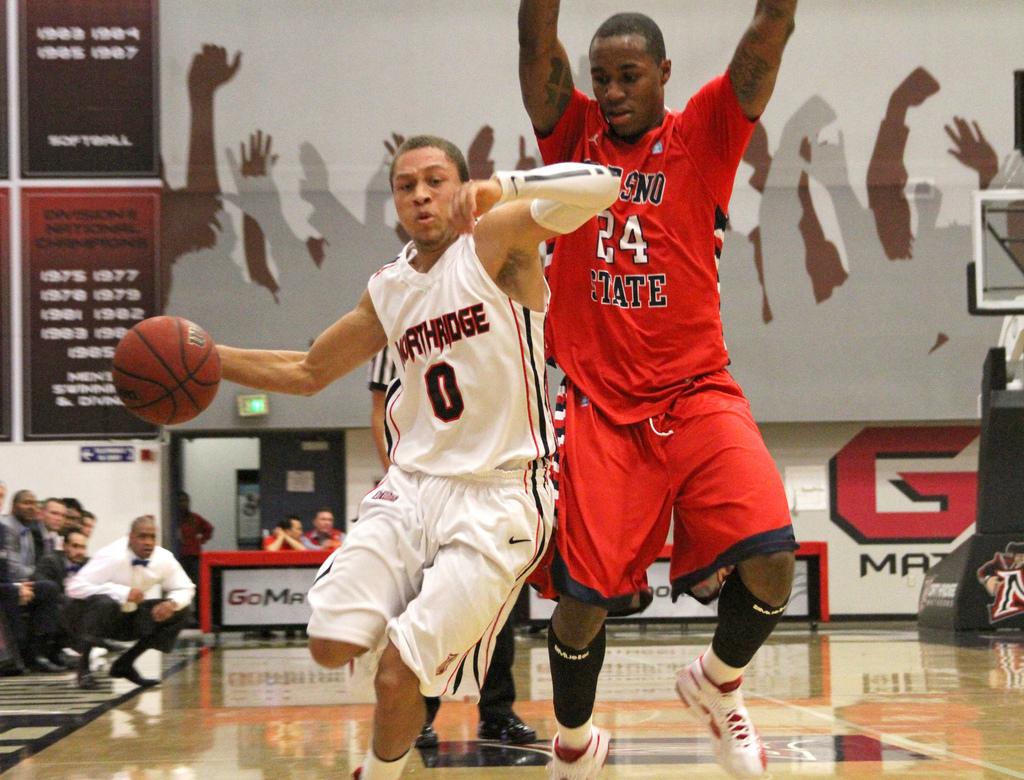 In the four years CSUN guard Vinnie McGhee has been with the Matadors, he’s been part of many memorable games, but what transpired Saturday was a night he would like to forget.

In what likely was the worst half in the program’s history, CSUN (7-18) collapsed in the second twenty minutes of Saturday night’s BracketBuster match against Fresno State(12-14), only making two baskets and shooting nine percent from the field en route to a 62-49 defeat at the Matadome.

McGhee, a senior captain, took the blame for the disastrous offense.

“I just feel like I let my team down,” said the point guard with his head down after only contributing three points and six turnovers. “I didn’t play like I was supposed to play. I wasn’t being a leader out there. I blame this game on me.”

Even CSUN’s high-scoring sophomore Josh Greene struggled in the second half, only chipping in four points after scoring 16 points in the first period.

Greene, who’s one of the Matadors’ vocal leaders, didn’t think his senior teammate should be held accountable.

“It’s not all of Vinnie’s (McGhee) fault, it’s a team game,” said Greene, who had his fourth 20-point game in the last five outings. “We all had turnovers. I had turnovers. We let up in the second half, turned the ball over and we just got soft.”

To put things in perspective: CSUN went 2-of-22 from the floor in the second half with zero assists and tied its season-low for points. The Matadors also finished the game with 20 turnovers and only had three assists.

CSUN head coach Bobby Braswell has been at CSUN for 16 years and he couldn’t recall a worse offensive half than the one his team had against the Bulldogs after halftime.

Despite the horrendous offense, CSUN was in a 46-46 tie with six minutes left in regulation. But Fresno State finished the game on a 16-3 run.

The Bulldogs shot 50 percent from the field in the second period and finished 21 of 54 overall.

“We didn’t execute and didn’t hit any shots,” McGhee said. “They came down and scored on us. It was just a bad game.”

After a victory over Cal Poly Wednesday night in which CSUN had five players in double figures, Braswell warned his young team that a letdown could happen against its non-conference opponent from the Western Athletic Conference.

“I was afraid this could happen. There’s something about BracketBusters,” Braswell said. “When you go to a BracketBuster and you’re not careful, you take a sigh of relief.”

Still, CSUN could take some positives from the first half.

Northridge closed the first period on a 19-5 run and went into halftime with a 32-23 advantage.

The Matadors shot 44 percent from the field in the first half compared to the Bulldogs’ cold 28 percent.

Fresno State was led by Kevin Foster, who had a team-high 17 points. Stephan Hicks chipped in 11 points for CSUN.